Morris Mugisha: A beast with a kind soul 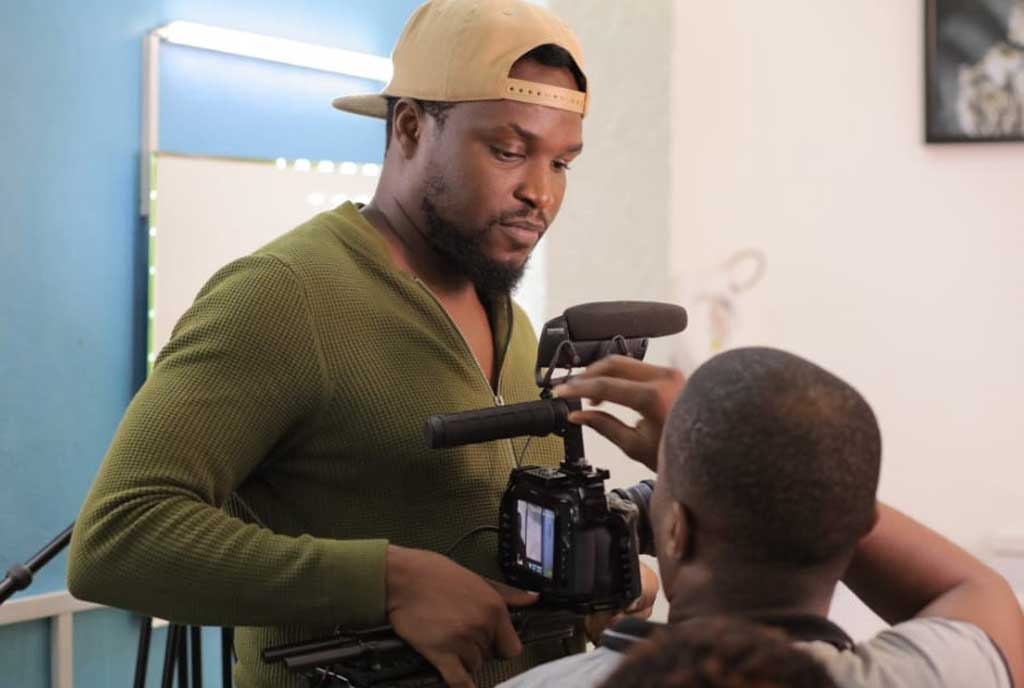 Morris Mugisha on camera. He is known to get into beast mode while on set. Photos | Courtesy

Five awards out of 12 nominations for his first ever feature film and first ever work to be submitted to the festival is tantamount to shaking the table, no wait, raising the roof. This is the story of how this feat was achieved; an attempt to explain how he got here.

Early exposure
For starters, I met Mugisha at university. He was the only one in the class who could hold a video camera quite right. We had been lucky to be pioneers of a course of study called African Cinema at Makerere University. It had been introduced in the Literature in English course for third year students. As it turned out, he had been doing photography for years by the time we met in that class.

“I was born into photography. My dad, Nalis Bigingo, had been a professional photographer from as far back as I can remember. I played with disposable and old Yashica and Konica cameras all my childhood. Hard to find those these days. While other lads fumbled with toy cars made from wires, I yearned for the sound of clicks and photo films rolling manually into the analogue camera. My dad could tell I loved it. So he taught me,” he says.

He adds, “The smell of fresh ink from those printed glossy photos that my dad always brought home from the printery on Kampala road, the beautiful strangers smiling off those pages, stunned me until this day. I was obsessed.”

Mugisha had been through a Music Dance and Drama course at Makerere before enrolling for the Bachelor of Arts course. And because of his fair genes, he was a permanent fixture in the fashion scene of the 2000s. When he wasn’t out modelling for big names such as Sylvia Owori, he was out doing photography at weddings and cocktail parties in upmarket Kampala. And if he wasn’t doing that, he was probably on stage at a theatre, honing his acting skills.

Princess Komuntale’s wedding
After university in the late 2000s, Mugisha would run a photo studio on Kampala road with a bunch of friends. You might remember Shutter Speed Studios. Kampala’s slay queens thronged the place.

The team at Shutter Speed were the kings of portrait photography. So much so that when Princess Komuntale of Tooro was getting married in 2012, Mugisha was the man called on to capture the grand memories.

Sadly, the smartphone became good at taking personal pictures and thus spelled doom for their business. A few years later, the actor participated in MNet’s Big Brother Africa but the story of that campaign is for another day.

Obsessive artiste
Fast Forward to today, Mugisha runs an ad agency called Mo Ideas. Anyone remotely close to Mugisha will tell you that he obsessively talks about his ad ideas. He is always attempting to pick your mind about this concept or that technic. His phone is full of his past ads, ads from around the world, and story boards he is working on currently. It is only when you have heard him talk that you realise how obsessively visual he can be.

Upclose
Away from his obsession with photography, Mugisha is a kind, reticent souls. He is generous, agreeable and can sometimes almost pass off as a pushover. But don’t let that fool you.

Mugisha on set
But meet him on set and he is as domineering as a bush war revolutionary. On set, he is larger than life. All eyes are on him. His ideas are as solid as gold, probably because he has spent many sleepless nights and days sharpening and rehearsing them and picking people’s brains about them.

He usually spends the last penny to put everything together. And he will let nothing stand in the execution of them; not a dead camera battery, not an egotistical actress, nothing. Everyone and everything must do exactly what he says. It is almost scary.

On set he is in beast mode; almost mean-spirited. Yet he is inspiring at the same time. Mostly because his vision is crystal clear. He is as seasoned an actor as he is prolific at photography – the two most fundamental aspects of television productions of any kind.

Mugisha inspires everyone to work towards a destination he alone has set. Watching him control the set is something of a wonder. In that sense, the man is a quintessential luminary. As a friend, I have been lucky to be on a few of his sets. Mostly for television ads. And I am left in awe every time.

“I have done about 50 television ads and about 50 radio ads. A big chunk of those have come from Riham. The Radiant ad that is currently running on television is one of our many ads,” he says.

He has done a few memorable billboard ads too; the most iconic being the Kakira Sugar one from several years ago showing a child licking her sugary lips. Reminded us all of how much trouble we landed in as children for the love of sugar.
That is the sketchy story of Mugisha’s affinity to photography and videography. 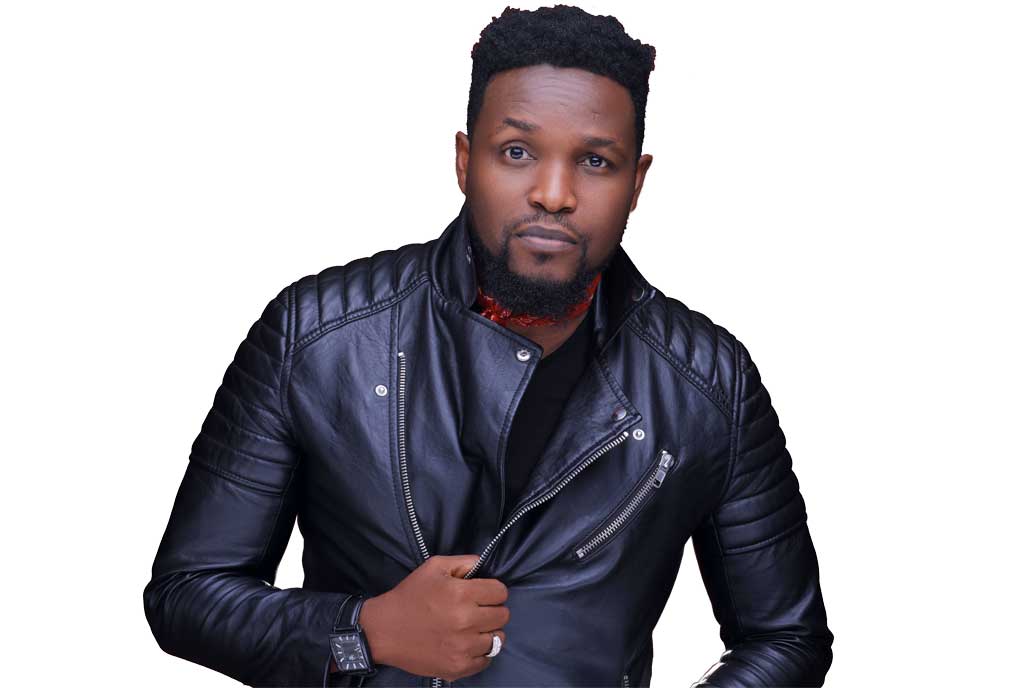 Stain the film
Back to the main subject at hand, Stain tells the story of extreme marginalisation of women and the sensitive issue of patriarchy in society. It is done in two languages; Rukiga and Luganda.

“Some tribes in Uganda tolerate the notion that when a man beats his wife, it is a sign of love and it is dimmed alright. In the film, we labour to expose the harsh realities of domestic violence and hope to reveal the underbelly of some of our traditions.”

It tells the story of a resilient woman who breaks into a man’s world of salt mining after her husband suffers a ghastly injury during a domestic brawl. The injury turns into a septic wound. Now she takes on the responsibility of paying for his medication as well as his strong drinking habit. But this selflessness harms her more than empowers her.

The story left so much to be desired, in terms of technique and execution. But what the film lacks in story, it more than makes up in all the other aspects of filmmaking. The videography is particularly astounding.

The lighting is specifically crafted to accentuate the main characters. It employs cast shadows in the interior scenes and communicates on a whole new subliminal level. Cast shadows are simply the essence of cinema.

It doesn’t need an Orson Welles to tell that the framing was done excellently. These aspects of the film are the true signature of Mugisha on the film, and the reason it was nominated for 12 awards and won five. The makeup and the sound are worthy of praise too.

“I religiously follow a certain type of style called Neo noir that tends to lean more on Dutch angles, interplay of light and shadows, blurring of lines between good and evil, right and wrong and thematic motifs such as revenge, paranoia and seclusion,” he says.

Inspiration
“I am influenced by my father’s photography style that never goes out of style. I am inspired by a unique blend of African directors; Ousmane Sembene the grandfather of film, Petner Ndaliko Katondolo, a Congolese documentary filmmaker and film Lecturer, Dr Sister Dominic Dipio. I can’t forget Dan Isiko Kisense whose hands curved me into who I am today.”