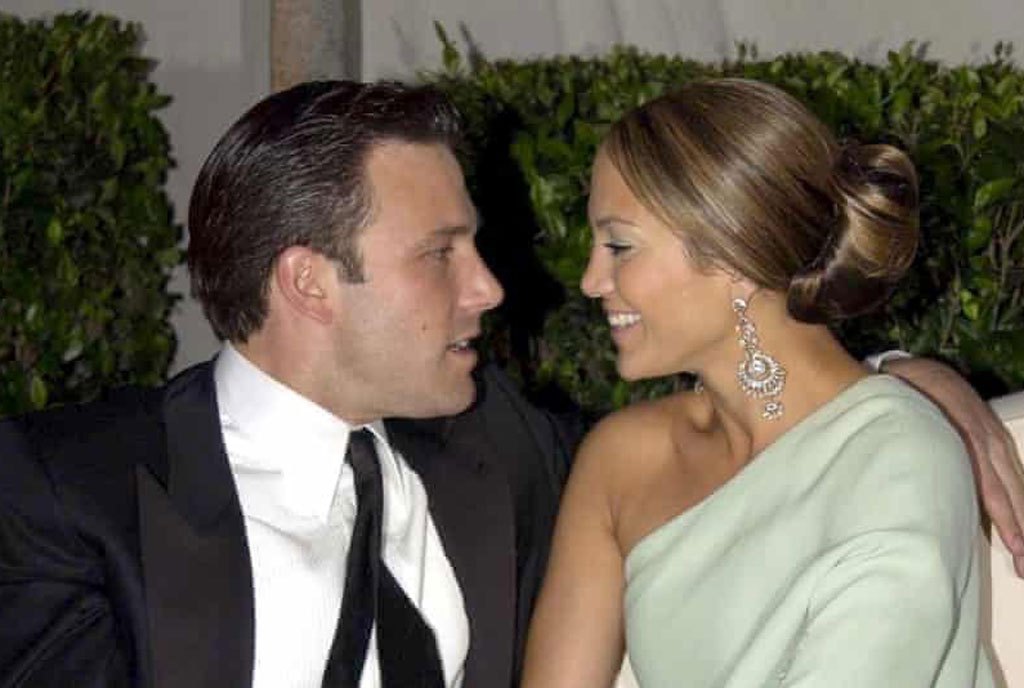 Jennifer Lopez’s romantic life has been a road filled with rocky passages and sharp turns. After her break up with fiancé Alex Rodriguez in April Jennifer Lopez and Ben Affleck have left the public wondering about the status of their relationship since reuniting in late April.

The two appeared to confirm their rekindled romance as they were seen putting on a very cozy display in West Hollywood on the evening of Monday, May 31.

Jennifer and Ben had their arms wrapped around one another while waiting to be seated at Wolfgang Puck’s new restaurant located at the swanky Pendry hotel.

The 51-year-old ‘Jenny from the Block’ singer had her head snuggled into the 48-year-old Academy Award-winner’s neck as he held her close with one arm. As they walked in and around the hotel, Jennifer and Ben sported noticeable grins on their faces. According to a source, the pair were very hands-on throughout their romantic night out. And they certainly weren’t alone as they reportedly wined and dined with Lopez’s longtime manager, Benny Medina, and her producing partner, Elaine Goldsmith-Thomas. Their big night out at the celeb-friendly restaurant lasted ‘a couple of hours.’

Ben originally met Jennifer on the set of their box-office bomb Gigli in 2001 and they made their relationship official the following year, shortly after Jennifer divorced her second husband. They got engaged later in 2002 and scheduled their wedding for September 2003 but called it off with only a few days’ notice.

Jennifer and Ben’s reunion came as quite a shock to pop culture aficionados, in that the pair have not been romantically linked since calling off their engagement in 2004.

Jennifer’s renewed connection with Ben appears to have begun even before she broke off her engagement with fiancé Alex Rodriguez in April, as the couple started sending emails back-and-forth even earlier.

Ben and Jennifer then split in early 2004, but reportedly remained friends afterward, which may have helped them get close again.

After ending their relationship, Jennifer went on to marry Marc Anthony in June of 2004. After 10 years together, Lopez and Anthony split in 2014. The former couple, who have remained close friends despite their divorce, share 13-year-old twins Emme and Max.

Just last week, Jennifer and Marc met up for a relaxing catch-up lunch in Miami, where they were spotted dining outdoors together after her gym session.

As for Ben, the Argo star became romantically linked with actress Jennifer Garner, whom he went on to wed in 2005. He and the 49-year-old, who split in 2018, share three children, daughter Violet, 15, Seraphina, 12, and son Samuel, nine.

After divorcing Garner, Affleck enjoyed several brief relationships with the likes of 40-year-old television producer Lindsay Shookus and Playboy model Shauna Sexton, who was just 22 at the time.

Just months before rekindling his romance with Lopez, Affleck had been broken up with by his Deep Water co-star Ana de Armas, 33, after nine months together.