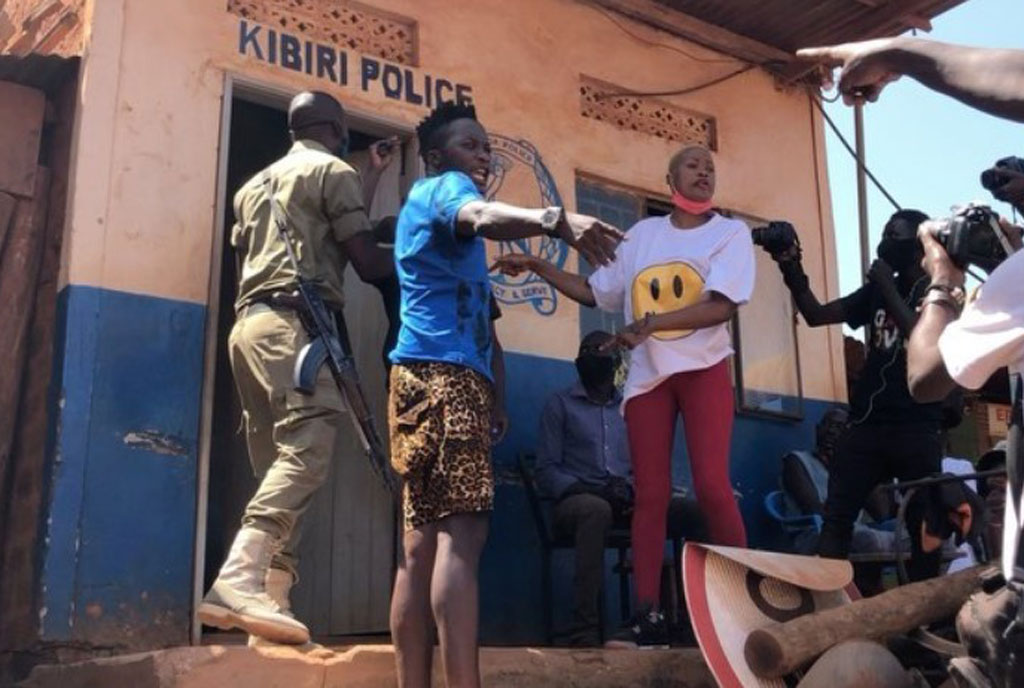 Over the weekend, TNS singer Yusuf Ssenabulya commonly known as Roden Y Kabako was arrested and detained at Kibiri Police station over land wrangles with Chairman Ntuyo and a one Hajjat.

Kabako was been arrested on issues related to a much-contested plot of land at Busabala, Kampala city which he pins the area local council one committee of conniving with conmen to defraud from him.

Accordingly, Kabako out of his hard work and savings years back managed to secure a plot of land located at Busabala through Jeff Kiwa, his manager at TNS.

The furious singer teaming up with wife Jazira Ddumuna while shouting on top of their voices on Friday vowed to fight tooth and nail to see to it that they don’t lose their land to fraud stars. The scuffle saw police arrest and detain Kabako at Kibiri Police Station on June 13, 2021, on charges of criminal trespass. That was when Ddumuna lost her cool, turning into a woman scorned real quick. She wasn’t ready to let her man sleep in jail.

She on top of her voice demanded to know why her husband was being arrested and the fans love her zeal.

“Why are you arresting my man, what crime has he committed?” she yelled on top of her voice. She stood with Kabako through the scuffles that lasted three days and with that, she won over the hearts of many music fans.

Several men kept wishing they had a woman like Ddumuna in their lives – one to stand and fight with them even in the worst moments. Some of the comments on the video read, “If “standing by her man” was a person, Either arrest both of them or let them go. Such a supportive woman thumbs up, Am getting married just because of this couple happiness and sadness together best couples,” among so many others.