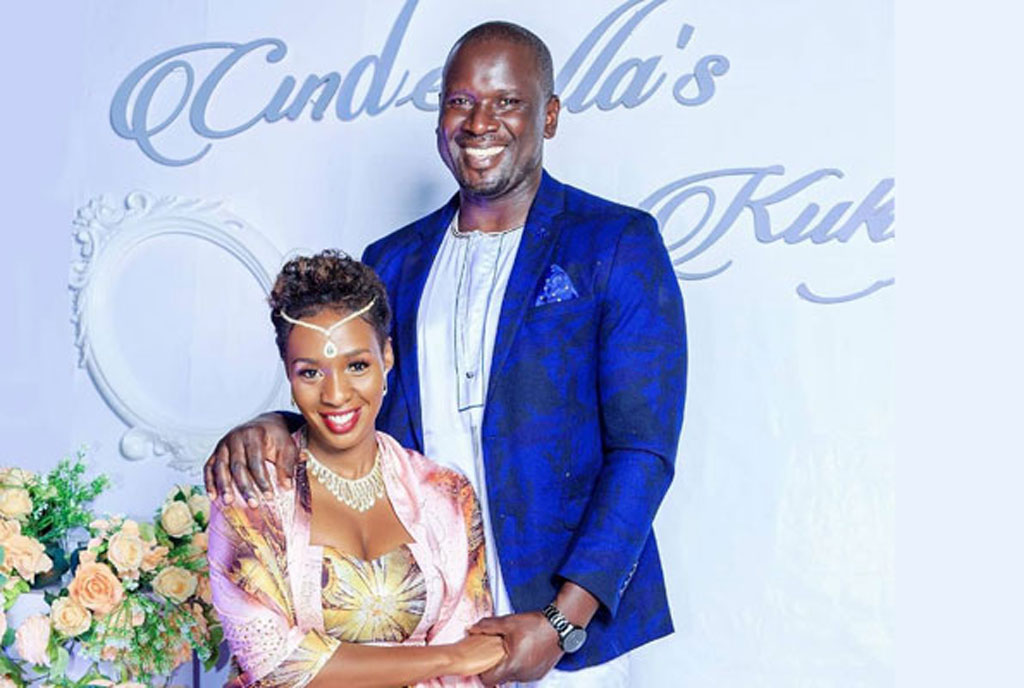 Over the weekend, ‘Boom Party’ singer Cindy Sanyu’s fiancé, actor Joel Atiku visited her parents in a kukyala (First Visit) ceremony that was attended by only close friends and family.

The ceremony took place at Cindy’s mother’s home in Muyenga. During her interview with Urban Television, Cindy revealed that their relationship has lasted for five years now. The ‘Too Much’ singer also noted that following the Kukyala ceremony, they are looking forward to a wedding and plans are already underway.

“The wedding will definitely happen this year but I don’t want to give a month and date right now. I want to first organise since a lot is needed and I will be letting you know on time. I didn’t alert people about the Kukyala since it was an inside family thing but you’ll know about the wedding and introduction,” Cindy affirmed.

She also noted that she is now ready to give birth for Prynce because she feels it is the right time for that now.

“I want to give birth for Prynce and after this Kukyala I am thinking about it even more. I believe it is the right time given that my daughter is about to make 10 years,” she revealed.

“We met after trying out different relationships and failing. It was the perfect timing since we were both fed up of playing around and decided to settle,” she said.