The reality of modelling in New York

RUNWAY TALES: Joy Winnie Aketch is a Ugandan model based in New York City. Currently, she is on a break in Uganda visiting her loved ones before returning to work. Aketch took some time off to speak to ESTHER OLUKA about the highs and lows of modelling in New York. 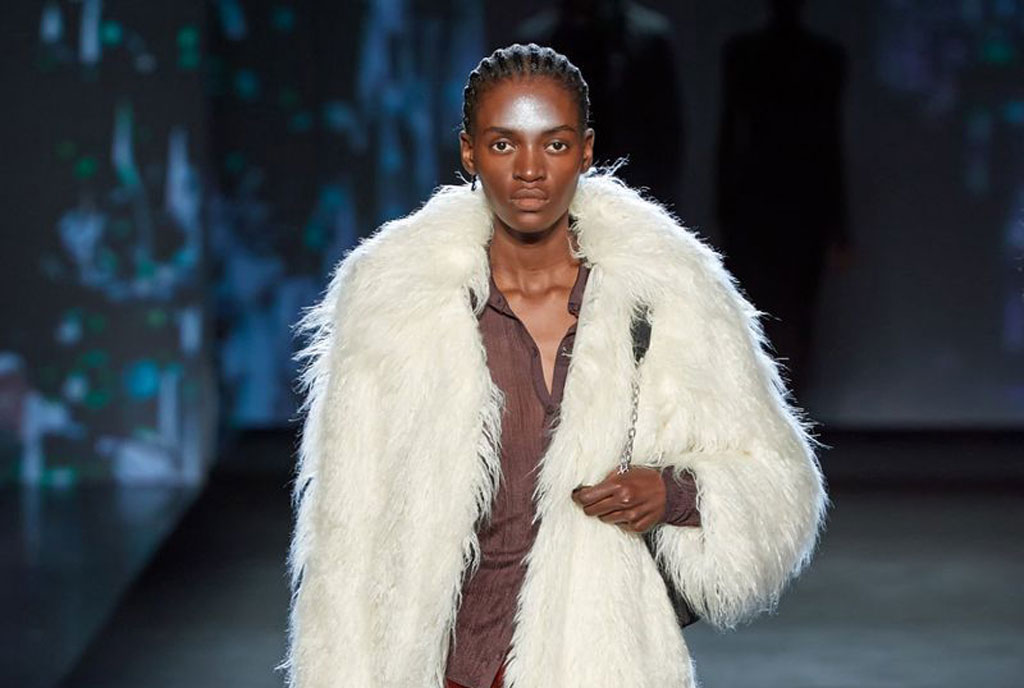 Recently, Joy Winnie Aketch, 28, took some time off work in New York City to visit her loved ones back home. It had been almost a year since she saw them and with the coronavirus still causing havoc across the world, she thought it necessary to come back home even if it was just for a few weeks.

Aketch is a Ugandan model based in New York. The model shifted to New York in August 2019 from South Africa where she had been based since March 2018.

The career has also given her the opportunity to travel to other parts of the world to participate in respective fashion weeks, for instance Paris, Milan and Germany. She has made several appearances in editorial fashion shoots and advertisements. One of the most notable campaigns she took part in was the 2019 BMW car campaign.

On a Monday morning, we meet in town and immediately she starts off the conversation by mentioning how she is enjoying her brief return home before flying back for work in New York City. Then, the conversation shifts to the theme of coronavirus. She says everything was going smoothly until 2020. The coronavirus pandemic affected many businesses, including the modelling industry. Everything came to a standstill.

“2020 was such a difficult and emotional roller coaster for me. Things were tough,” Aketch says.

Tough because of lockdown and work for models reduced. In order for models to earn money in the fashion industry, they have to go for castings. The model may be told to wear a particular designer outfit and if a designer or casting director appreciates the look of the model in the attire, they book the job which in the end pays some good money. But because social distancing was encouraged from the start of last year, there were hardly any castings or fashion shows.

“Things were tough because I spent most of last year locked indoors. It was a time of reflection,” she says.

Regardless of the situation at hand, some gigs continued streaming in, for example photoshoots. Models would take advantage and work in order to make some money that would enable them sail through difficult times.

Aketch was signed to Fusion Model Management after moving to New York City. She then moved to a model house in downtown Brooklyn, a township of the city.

“It was more secure to first stay in a model house and also, it saves money. Besides, I am scared to live alone in a foreign country,” she says.

In the model house, she was sharing the apartment with other models from other parts of the world. After saving some money, Aketch opted to move to upper Manhattan, the urban core of New York metropolitan area, and began renting one of the vacant rooms inside the house of a South Sudanese model friend.

The cost of living in New York is high, Aketch says, and for this reason, she adds that it is always important that one lives within their means.

But also, she stresses the point that one cannot thrive in New York if they don’t either have a job or money.

“That’s why models are always advised to take castings seriously,” she says.

“By the way, modelling in New York is very competitive to the extent that some models will go for castings and continuously not book jobs. Rejection is such a big thing and it happens a lot in the modelling world. Sometimes these rejections have personally taken a toll on me. I have got frustrated,” she says.

Meanwhile, there are occasions where some modelling agencies pay for visa and flight expenses for models who are starting out in their careers and then expect them to start paying off the debts once they start booking modelling jobs.

“And so for every job one does, money gets chopped off one’s account until the debts are cleared.”

There are also fashion shows and shoots that get uncomfortable for models.

“You may be somewhere probably getting ready and they want you to be naked, something I don’t find normal because of my upbringing and Christian values. Even when I try to explain myself to make some people understand, they conclude that I am a difficult model to work with,” she says.

“Such incidents bring me down quite a lot in that I am at times forced to question whether I am in the right career. Those are some of the times when I feel like abandoning this modelling career all together. Previously, when such an incident happened, I would send an email to my modelling agency requesting for time off to reflect on things.”

Though New York City is remarkably known for its glitz and glamour, Aketch emphasises that it has thorns too.

“You need some thick skin in order to survive there. When you go with the mentality that it is the land of dreams and everything will be beautiful, you will be disappointed. Everyone there is hustling hard and nothing is free. Opportunities are there but then you must be fast, smart and strong,” she says. 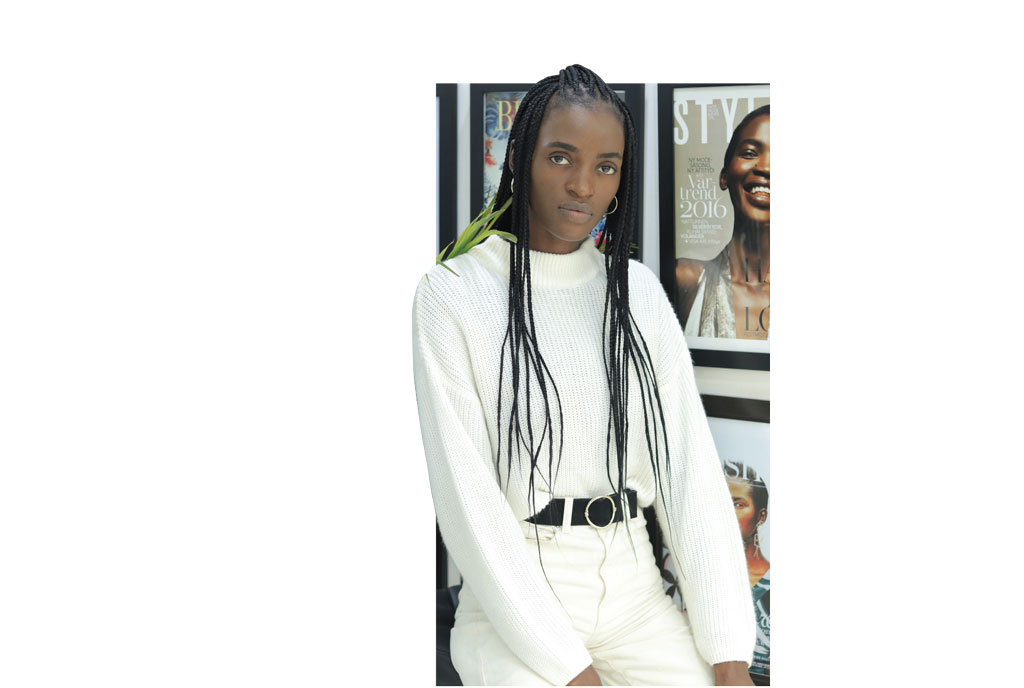 What keeps her grounded?

The first thing Aketch did upon arriving in New York was find a church community.

“Once I found one, I knew I was safe and would be hanging out with people who have the same values as me. I always find solace in praying to God even amidst extreme challenges. I am a proud born again Christian,” she says.

Besides relying on the church community, Aketch also constantly falls back on the support of her loved ones back home; family, friends and Joram Job Muzira, a model scout as well as mentor. Aketch was signed to Muzira’s modelling agency in 2017 before getting her breakthrough in South Africa in 2018.

“Talking to people back home enables me to stay grounded and in touch. It’s this continuous communication with them that always reminds me never to forget my humble beginnings,” she says.

Among the fundamental life lessons modelling in New York has taught Aketch is that everyone is beautifully and wonderfully made in the image of God.

“Modelling has made me appreciate my looks. You know here in Uganda, people are always mocking tall people, teasing them because of their long legs and necks. That’s why some grow up with low self-esteem. The irony is that in western countries, people there treasure individuals with height. In fact, one person previously asked me how they too can become tall and whether there is any medicine that can be swallowed to increase height. Interesting guy!”

Aketch is about 5 feet 11 inches tall. Regardless of how one looks, Aketch emphasises each individual ought to embrace imperfections and use them for their good.

On how she manages to look flawless, Aketch says she tries to exercise every day, eat healthy foods mostly vegetables, which she complements with beans, sweet potatoes and rice. She avoids dairy and sugary diets as well as midnight snacking.

She prefers not to dwell much on her personal life. “Yes, I am dating but prefer to keep the rest of other details private.”

To those aspiring to be future models on the international modelling scene, Aketch advises that they pray about their career aspirations so that God can guide them on what to do.

“Do not lean on your own understanding but God’s wisdom. Pray about everything in your life, including the career decisions you make,” she says.

But also, Aketch advises models to tread carefully in life.

“Do not be desperate, otherwise, you will make hasty decisions that can easily affect your future,” she concludes.

Who is Joy Winnie Aketch?

Born to Moses Kasango, a marketer and Juliet Nyadoi, a teacher, Aketch is 23 years old. She completed Primary Seven at Bukasa Primary School in 2005, went to Tororo Girls School up to Senior Six. She later proceeded to Makerere University where she pursued a Bachelors degree in Arts with Education, majoring in English and Literature. She graduated in 2016 and is often delighted to call herself a proud born again Christian.