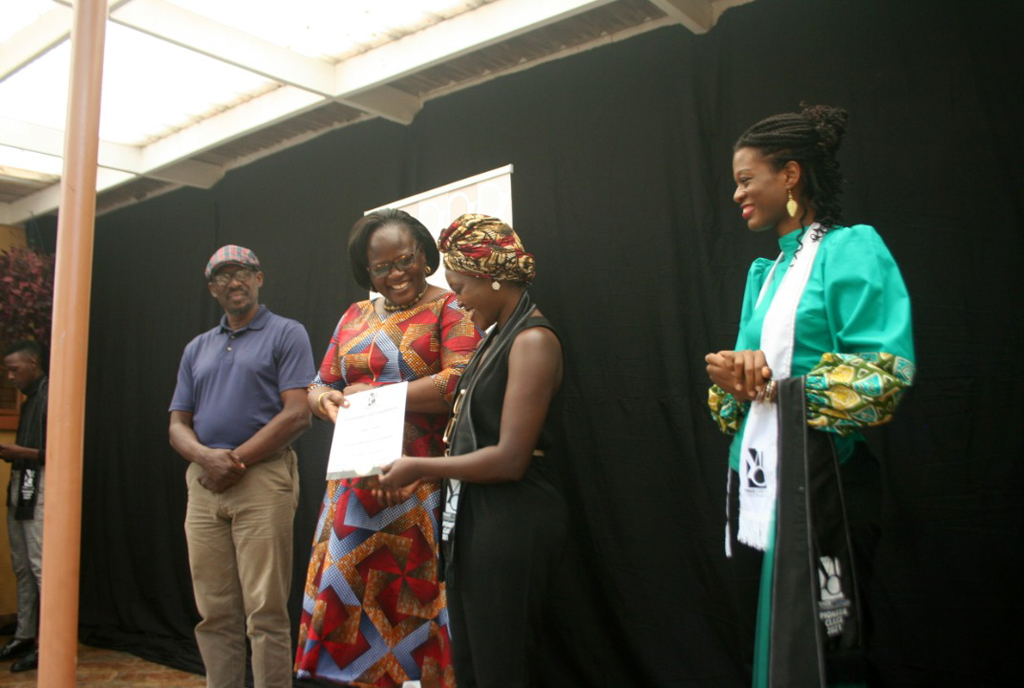 The Kampala Capital City Authority executive director, who noted the need to preserve heritage through acting, was speaking at the graduation of eight actors from Yenze Theatre Conservative.

Before Uganda, like the rest of the world, was plunged into a lockdown as a measure to control the spread of coronavirus, the art industry was struggling.

For instance, filmmakers were not only struggling to get their works on different local TV stations but they could not even sustain a Ugandan film in the cinema for a week.
But it was worse in other performing arts disciplines, such as theatre; for years, there had been concern about the diminishing spaces that people could perform theatre. This was mainly because many of the alternative spaces theatre producers were using for showcases had taken on other businesses and the few official spaces such as the National Theatre were poorly equipped.
As time went on, they were even threatened, alongside other monumental structures. In the past 10 years, for example, rumour about the possible demolition of the National Theatre or Uganda Museum have been common.

That, coupled with the coronavirus-forced hiatus on life as we know it, left the arts industry even more bruised.
Yet, according to Kampala Capital City Authority (KCCA) Executive Director, Dorothy Kisaka, the city needs more creative spaces, as well as history and heritage.
“As city dwellers, we can create spaces where we can come and try to listen to each other,” she says.

The executive director was speaking at the inaugural graduation ceremony of the Yenze Theatre Conservatoire (YTC) in Bukoto, a Kampala suburb on Friday. The YTC was started to provide training in acting, voice and movement to aspiring and professional artistes in East Africa.
The organisation also doubles as a casting agency for its exceptional students to ensure they have access to reputable opportunities and exposure in the film and theatre industries in Uganda and internationally.

Showcasing art
On Friday, they graduated the first eight trainees and for the artistes that they are, they ensured that the event was artistic as they can ever be. For instance, each of the trainees performed a monologue and a dialogue – but what made the graduation a show stopper was the fact that all the acting was happening on a verandah transformed into a stage.

“When you watch these short productions, for a moment you will forget that we are in a small garden and this is a verandah,” Kisaka said.
She noted that heritage is important but unfortunately many Ugandans are yet to notice this. She, however, said this has a lot to do with the way the country has been structured for years.

“We have been broken as a society. People did not take art any seriously.” “Now we have started listening to our inner self and we are starting to appreciate different things, it is not going to happen overnight of course, it is a journey.”
Kisaka said they are working on preserving a number of places for people to one time understand their value. For instance, she talks about the Mayor’s Parlour, one of the places at City Hall with rich history that needs to be protected.

During the event, the eight graduates performed skits drawn from various writers such as Lynn Nottage’s Ruined, Tenessee Williams’ A Streetcar Named Desire, Wole Soyinka’s Lion and the Jewel and Trials of Brother Jero.
All the performers impressed, thanks to the different takes they had on these characters that were relatively known to the people that attended the graduation.
Karen Hasahya and Gladys Oyenbot, for instance, brought two different versions of Sidi, the famous character from Soyinka’s The Lion and the Jewel.

Thinking beyond
Aganza Kisaka, one of the founders of YTC said while working with the different artistes, they helped explain these characters and allowed them to interpret them in a way they best understood.

Aganza noted that while starting the initiative, they had the question of space in mind: “We want to be able to work in all sorts of places and turn them into creative spaces.”
After the graduation on Friday, Yenze is working on producing one of the shows as a feature theatre production featuring the eight graduates before the year ends.