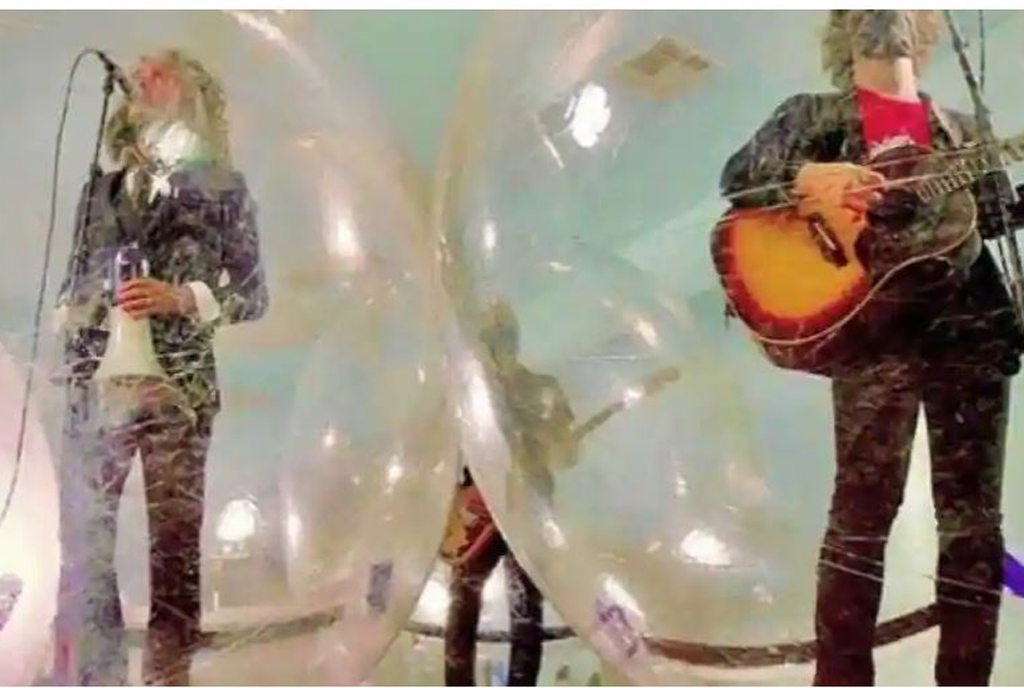 US authorities eager to get people vaccinated against Covid-19 have offered inducements ranging from free beer to million-dollar lottery prizes, and now rock concert promoters have their own twist: whopping ticket discounts.
Fans of punk bands Teenage BottleRocket, MakeWar and Rutterkin can get into the June 26 concert in coastal Saint Petersburg, Florida for a “discounted” $18 if they can produce proof they have been fully vaccinated.

For those with no such proof, it’s an even $999.99.
Paul Williams of Leadfoot Productions in nearby Tampa Bay said that with vaccinations now available to everyone 12 and above, and people clamoring to again attend live concerts, he wanted to offer them a safe experience.
“I also wanted it to be a vaccine drive to get the fence-sitters off the fence,” Williams told ABC News.
He said the response to his promotion had been “overwhelmingly positive,” but that some angry critics had obtained his phone number and made their views abundantly clear.

Williams said the lead band, Teenage BottleRocket, was initially skeptical but had come around.
In a video on Facebook, the band’s singer and guitar player Ray Carlisle tells fans: “We want to set a good example… we’ve been vaccinated. We’d love if you got vaccinated too. Come party with us. Safety first – party second!”
An early rush for vaccination in the US has slowed sharply since mid-April, leading to the closing of some clinics and raising concerns among public health officials.

The state of Ohio took the unusual step of announcing that any resident who had gotten at least one shot would be eligible to win a lottery prize of $1 million.
Other states, including Colorado, Oregon and Maryland, have copied the idea.
New York announced on Wednesday that any younger resident – in the 12- to 17-year category now eligible for the shots – could win a full scholarship to a state college.
On a smaller scale, well-known chef and humanitarian Jose Andres has offered $50 gift certificates to his Washington-area restaurants for the vaccinated.

But until now, no one had crafted a plan aimed specifically at persuading rock fans to get the jab.
“I wanted to get the kids that want to go to shows to go out and get their shots,” Williams said.
He is selling 250 of the discounted tickets for the show at a local hall.
But so far, he said, no one has taken him up on the $1,000 option.