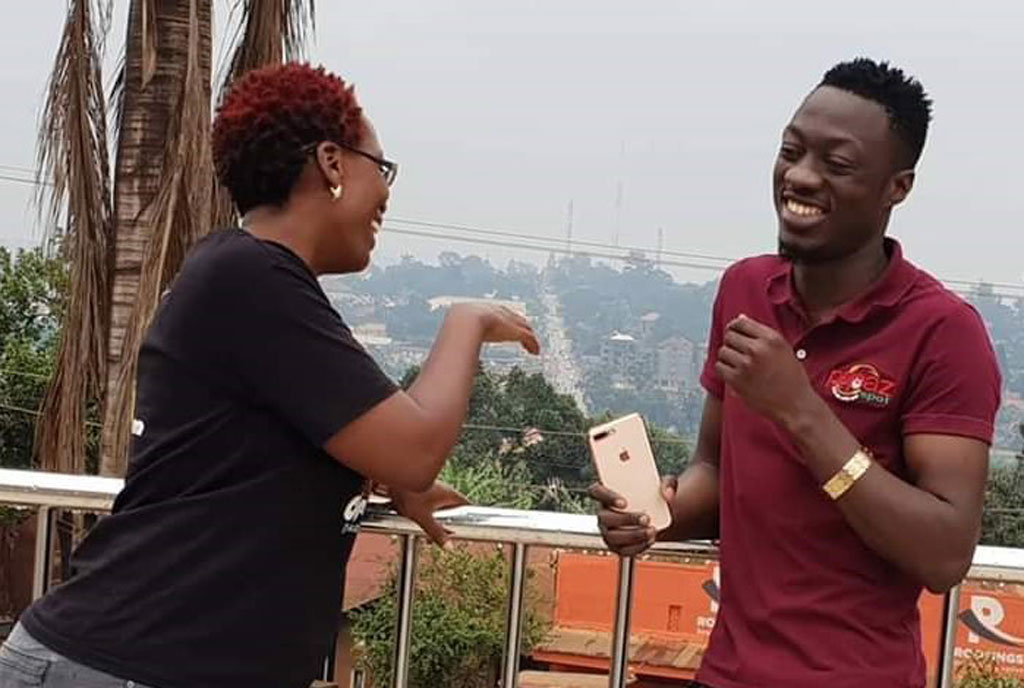 Derrick Ssebunya, one of Mesach Semakula’s sons, was a few days ago involved in a nasty accident that almost claimed his life. Ssebunya was on his way to Papa’s Spot, his father’s bar and restaurant.

A source close to the family told us Ssebunya spent four days in hospital unable to talk but he was discharged early this week. The source further added that the artiste son’s legs are still paralysed but he is able to speak, albeit but with some difficulty.

Ssebunya has been helping out at Papa’s Spot and he played a big role during Evelyn Lagu’s fundraising drive recently.

Ssebunya was also in the news after Dembe FM’s Bina Babie posted a photo of them together with the caption “I wish I was 10 years younger.”