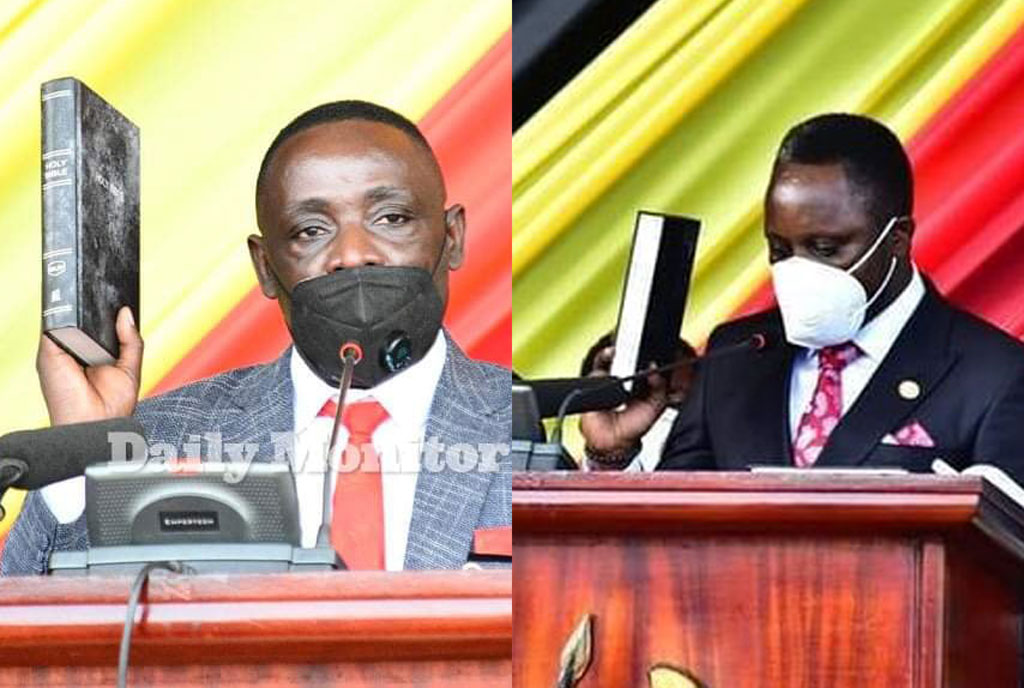 Geoffrey Lutaya and Hillary Kiyaga aka Dr Hilderman took their oaths today and yesterday to represent Kakuuto and Mawokota respectively in the 11th Parliament as Members of Parliament. Very many didn’t notice how important these two oaths were but to Mesach Semakula, it was inspiring.

“Your ambitions are so inspiring! Congratulations on your well-deserved success Dr Hilder and Geoffrey Lutaaya,” Mesach posted after the swearing-in ceremony of the two artistes.

Geoffrey Lutaya and Mesach Semakula were some of the founding members of Eagles production and have contributed a lot to the industry when it comes to band music. Eagles’ production disbanded and became Golden production while Geoffrey Lutaya started the New Eagles.

Dr Hilderman became part of Golden production at some point in his music career before he embarked on his political journey.