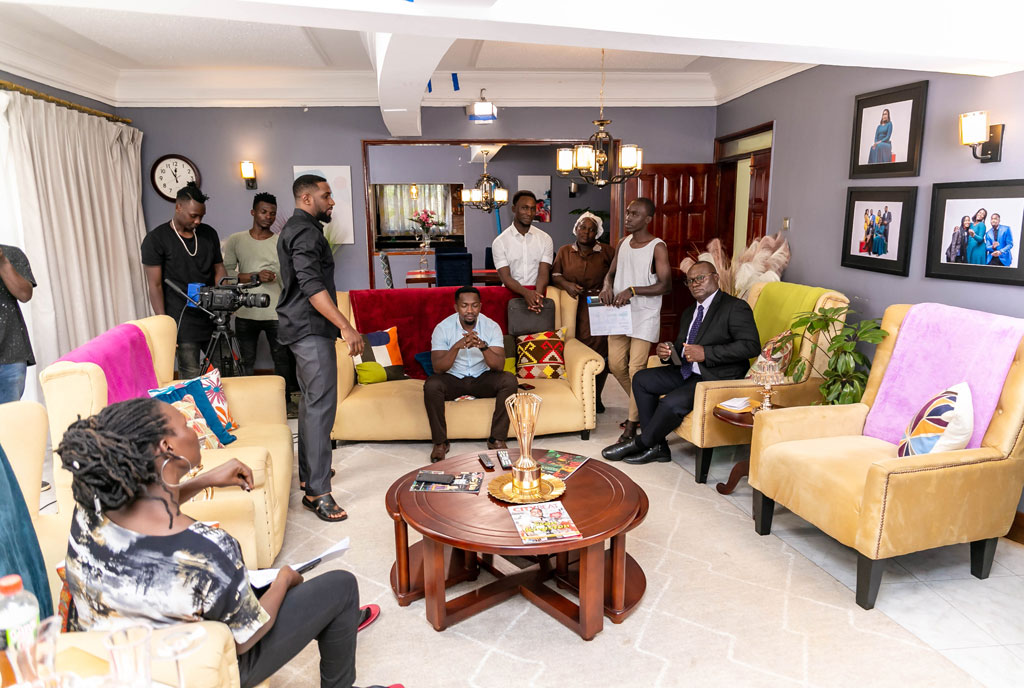 There was not much to do last year after the country was put on lockdown. For the creative industry, it was time to get back on the drawing board. Like what the Nabwiso’s did. They pitched their ‘Sanyu’ idea to Multichoice and were selected to start filming. To date, ‘Sanyu’ remains the most-loved content from Uganda on Multichoice. 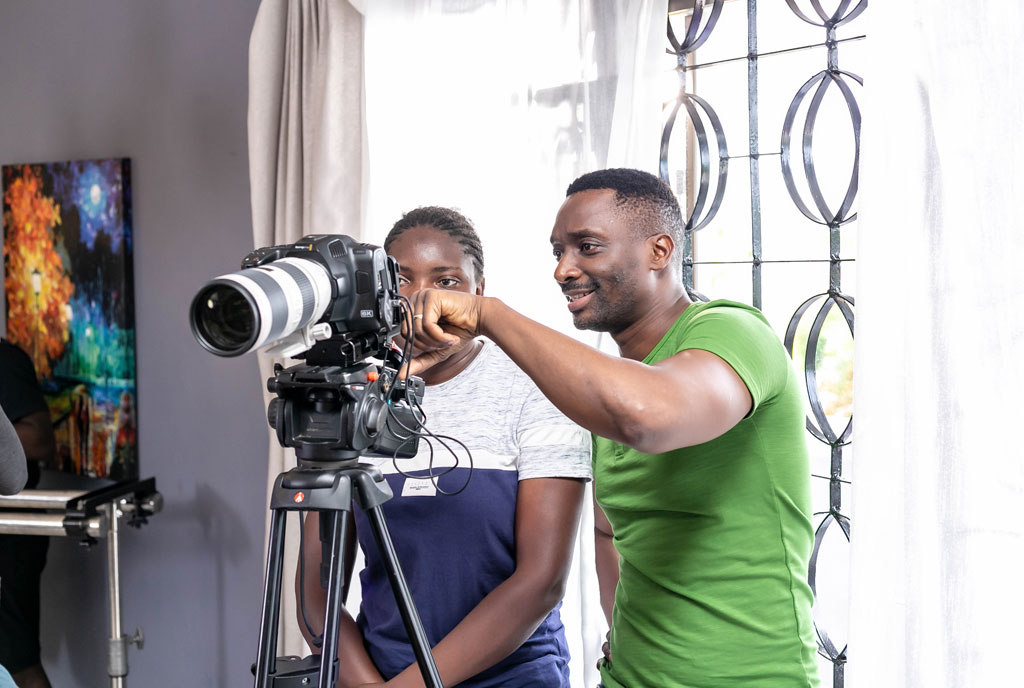 ‘Sanyu’, a story of an innocent, rural teenage girl that is forced to leave her family and her pursuit for education to do a maid’s job in the city. Directed by Mathew Nabwiso, the cast includes Abbey Mukiibi, Kuddzu Isaac, Housen Mushema, Tracey Kababito, and Eleanor Nabwiso among others.  Last week, Nabwiso Films in conjunction with Multichoice Uganda gave the press a tour of the premises they are using to shoot the drama. 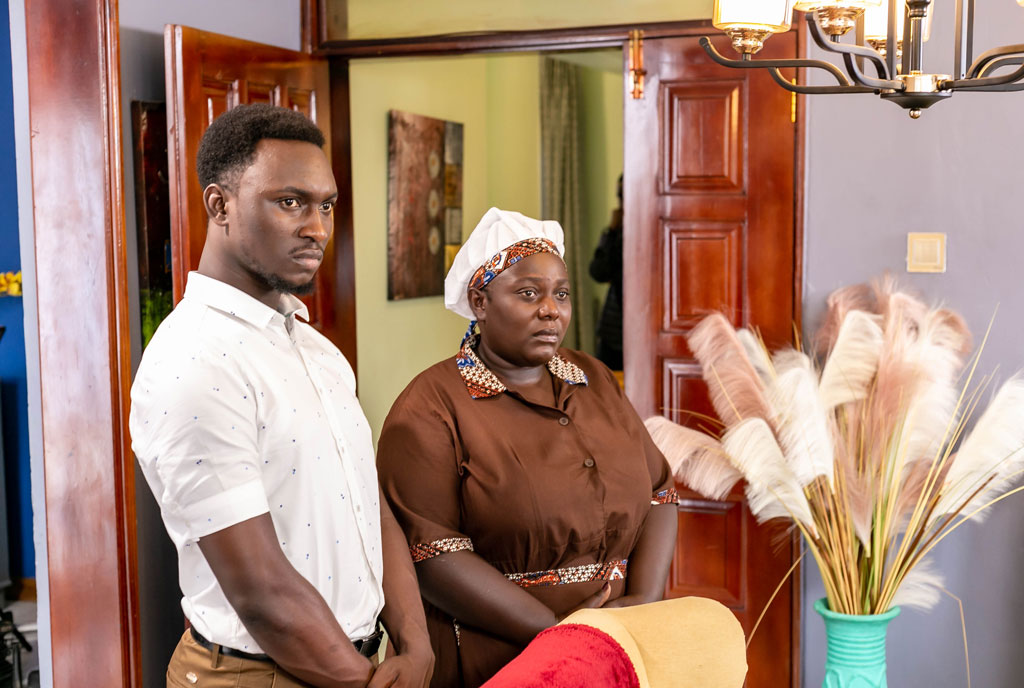 Located in a lavish home located in Mutungo, the home boasts of a swimming pool with a swanky green compound covered in tree shade. It has over five self-contained bedrooms, sitting rooms, and boys’ quarters which has provided an ideal spot for shooting.

After the tour Nabwiso explained how the ‘Sanyu’ journey has been so far. He said they started shooting in July but met a lot of challenges along the way. 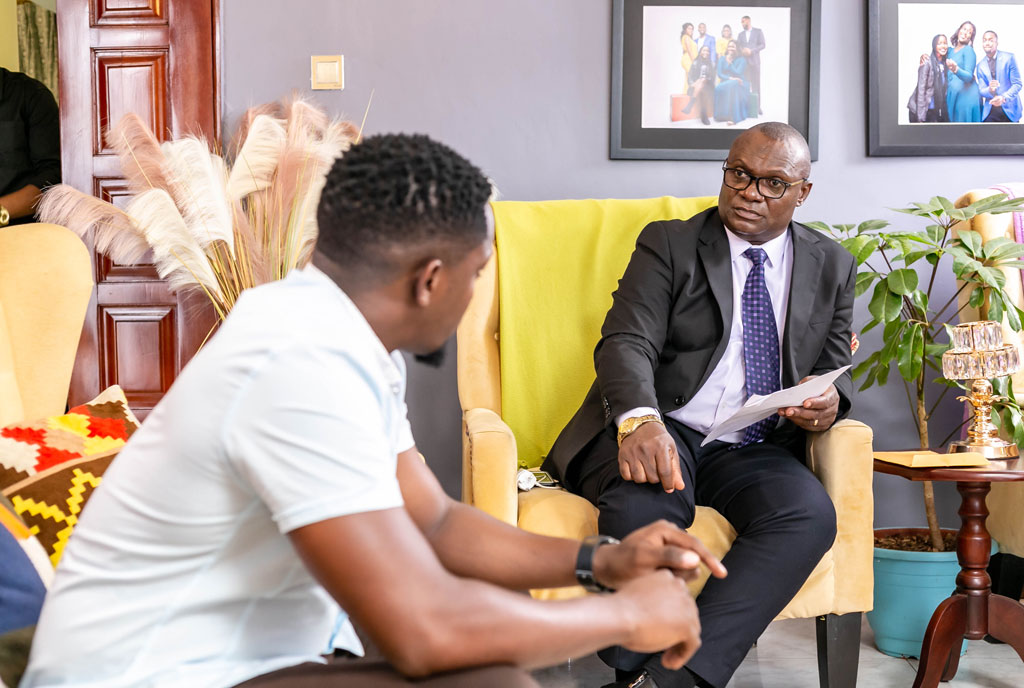 “We were nearly imprisoned because of a bar setting scene we made. Someone reported that we were partying and a patrol came over and arrested me and some other people despite showing them a letter from the IGP. We were later released after they confirmed we were shooting ‘Sanyu’,” Mathew said.

Because of the restriction in movement, some people were forced to spend nights at the location which can accommodate 100 people and when asked how many people are working on ‘Sanyu’, both the cast and technical people, Nabwiso said, they are 50 people who are all well facilitated and looked after. 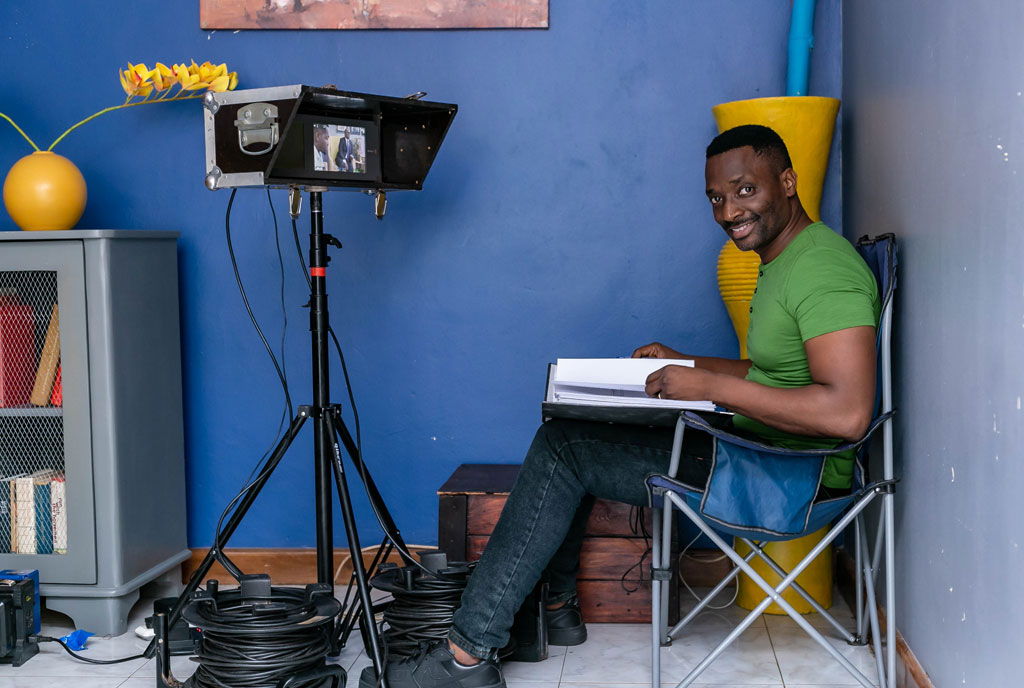 ‘Sanyu’ has created job security for these actors in that they are always working. Previously, actors weren’t proud of their occupation as they weren’t earning well but that’s all changed with the help of Multichoice.” Mathew Nabwiso.

Season one had 100 episodes and they are already shooting season two which will have about 260 episodes and this is going to happen in two years but Mathew Nabwiso is optimistic that they can even go nine seasons for the next five or six years.