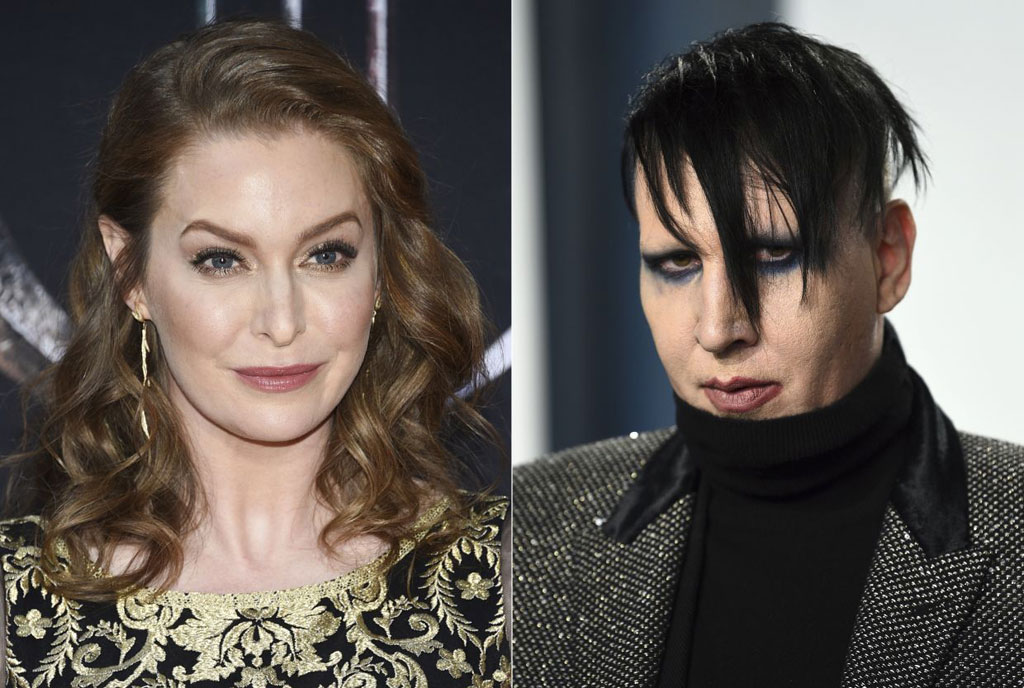 According to the papers filed at a California court, Bianco was twice invited to Los Angeles by Manson real name Brian Warner with the promise of paid work, only to be subjected to acts of sexual violence including being cut, whipped and electrocuted without her consent.

In a statement to AFP, Manson’s lawyer Howard King described the claims as “provably false” and accused Bianco and her attorney of making “outrageous financial demands based on conduct that simply never occurred.”

“We will vigorously contest these allegations in court and are confident that we will prevail,” King added. Los Angeles police in February confirmed they were investigating domestic violence allegations against the singer between 2009 and 2011. The dates and location of their investigation coincide with Bianco’s allegations.

“Westworld” star Evan Rachel Wood has also accused Manson of years of abuse starting when she was a teenager allegations Manson called “horrible distortions of reality” in an Instagram post. Bianco, who was a fan of Manson as a teenager, appeared in 14 episodes of the smash-hit fantasy series “Game of Thrones” between 2011 and 2013, playing a prostitute called Ros.

The British 38-year-old said in a statement Friday she had spoken out to stop Manson “from shattering any more lives and empower other victims to seek their own small measure of justice.” According to Bianco’s lawsuit, she first visited Manson in Los Angeles in 2009 for what she understood to be a music video shoot.

Over four days, she was allegedly told to wear lingerie, deprived of sleep, given drugs and alcohol without food, and “physically beaten by Mr Warner,” including with a whip he told her “was utilized by the Nazis.”

Later that year, he visited her in London and they began a consensual relationship, the papers state.

In 2011, Bianco moved to Los Angeles and was told she would star in a feature film called “Phantasmagoria” with Manson before spending two and a half months “enduring constant abuse” under the threat of her visa process being damaged, the lawsuit alleges.

Manson, who has long cultivated a controversial image with his ghostly make-up and stage name evoking serial killer Charles Manson, has parted ways with Ciulla, as well as record label Loma Vista Recordings and Hollywood agency CAA since the allegations became public.