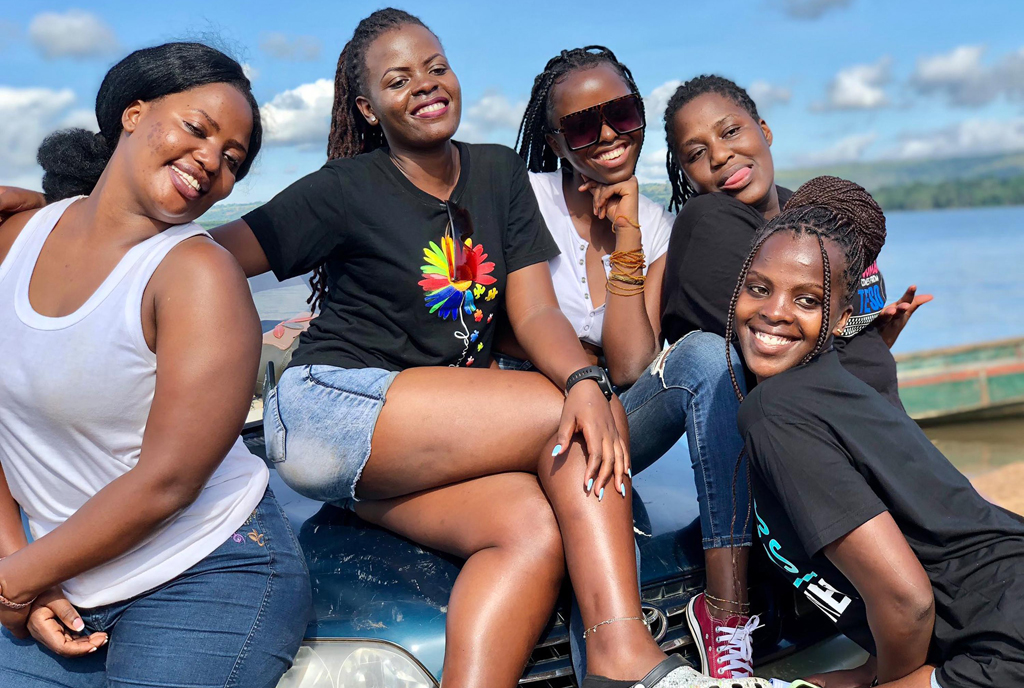 Fun, colour and rain: Recently, Kempten Safaris offered Gabriel Buule a chance to travel with Kenneth Mugabi, Walter Ruva (Uncle Walta), a dancer who promised to put their best foot forward in entertainment for revellers who had gone to tour Lunkulu Island.

At the mention of tourism, some people think about waterfalls, wildlife and perhaps history. But music and dance, among other activities in the wild sufficed to get me interested in a trip to Lunkulu Island on Lake Victoria in Buikwe District.

The artistes lined up for this unique experience were dancer Uncle Walta, Ugandan Afro soul singer Kenneth Mugabi, Audiophile Concepts and a yoga teacher. We had to pay Shs200,000, for the one-night experience. With the global pandemic, the administrators opened gates for domestic tourism that is fused with music dubbed Lunkulu Limited Editions.

The start
I hopped onto a boda boda for the 42km-journey to Kibanga Port on the shore of Lake Victoria, off Mukono-Katosi Road. The traffic jam did not help matters, especially between Kireka and Mukono Wa Anthony on Jinja Road. Nonetheless, we made it to the port and I looked forward to the 400metre boat ride to dock at Lunkulu Island. On the waters, I logged onto social media and the revellers’ updates through selfies and video clips made me wish I had wings.

Mugabi on the chords
Artiste Mugabi moved with a team of two people whom we met at Kibanga Landing site.
“Naaki please be my lover…”

He broke into song as he boarded the boat to cover the 400-metre distance from Kibanga to Lunkulu Island where he was set to serenade revellers.

Each stage of the journey, the group was treated to the artiste’s acoustic performances. Mugabi shared moments with the boat crew and everyone he came across. There were loud whispers, “Oyo Omusajja akuba endongo” praising him for his guitar mastery. 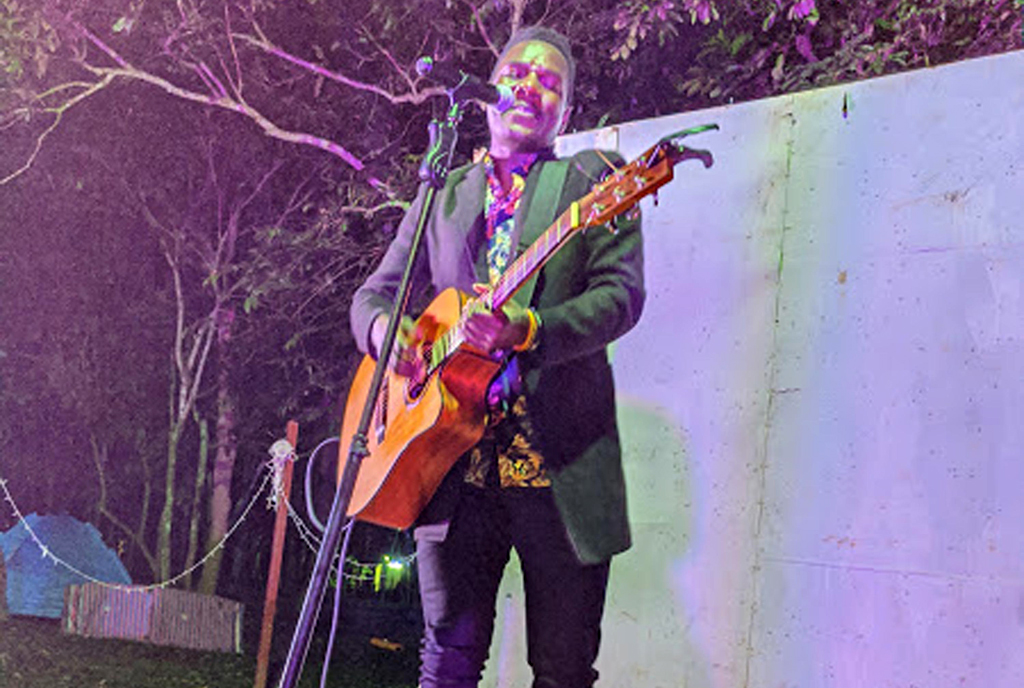 His ballads pricked through the wild and breezy environs as the waves washed at the boat.
Mugabi’s song Sanyu created a melodious echo as grey cheeked mangabies (monkeys) swung from one branch to another. Then, we arrived. As revellers started docking, they made it all about selfies, liquor and quest for camping gear. Audiophile Concepts played some sweet tunes too. I learnt that revellers were more interested in the bonfire than nature walk.
“How big is the island?” a reveller who identified herself as Pesh asked.
“100 acres.”

In the evening, yoga took shape by the bonfire as Mugabi prepared to unleash his mastery.
These activities made the day seem young. When night fell, the MC called Mugabi to take to the stage; and the Afro-Fusion singer who never ceases to lure the crowd with an acoustic experience arrived.

His song Nambi attracted attention of the audience as they not only made videos but also sang along.

The singer invited Uncle Walta to fuse the music with dance on his Nsaba aKanamba hit.
The vibe was irresistible and got everyone hooked for nearly two hours.

Colourful festival, the sleep and rain
Audiophile gave a fresh taste to the bonfire as deejaying took shape. Food, drinks and dance as the experience was overtaken by music. Joel Wakan, the proprietor of Kempten Safaris, the organisers looked on in admiration. No one suspected that the tins exchanging hands among the organisers were meant to recreate India’s Holi Festival (Festival of colours).

At first people continued drinking, dancing and chatting among themselves ignoring Uncle Walta who announced that something big was about to happen.

But the mood hit the peak as revellers started making sure that everyone got painted as the music went on. Even those who seemed less interested in the game of colour, had to retaliate by painting those who painted them. 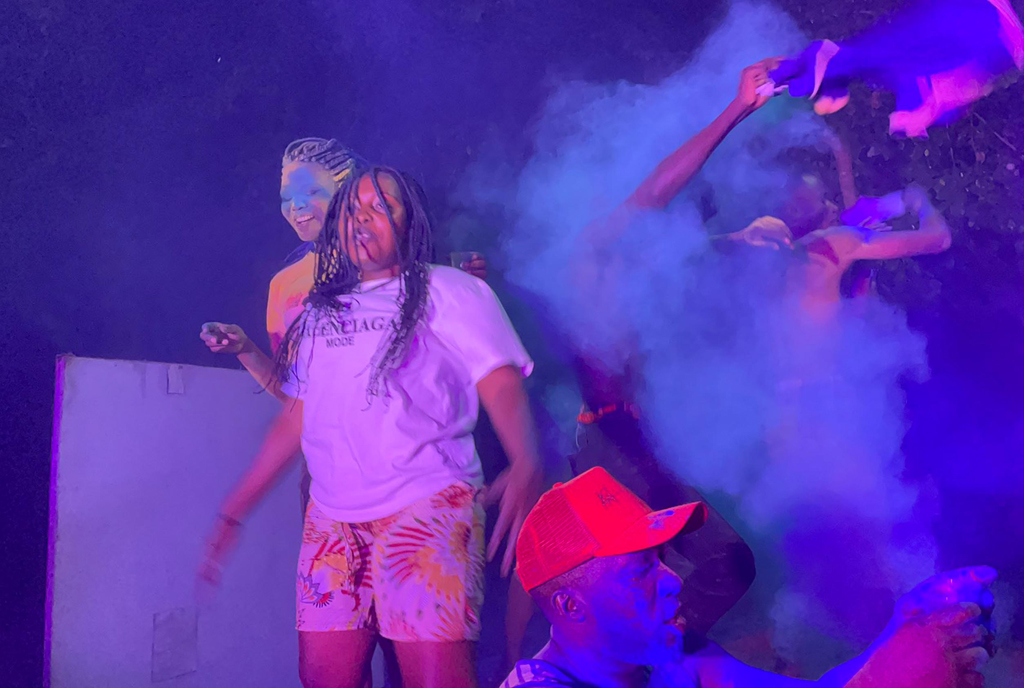 The noise and fun diverted the revellers from the fierce sound of the caracal, a wild cat which usually scares off overnight tourists.

Late in the night, the drizzle forced the revellers away from the bonfire and those with poorly pitched tents got the worst of the rains in a natural forest. However, that would not stop them from swimming in the morning as they later departed.
What an event that made me wish for more!

Bet you didn’t know
•Lunkulu is home to music, film, dance, and fashion
•The 100-acre Island offers birding, camping, eco walks, swimming, sport fishing on Lake Victoria. Lunkulu is an irresistible fusion of nature, art and tourism.
•For those who fancy bird watching, Lunkulu is habitat to the great blue turaco, hornbills, and kingfishers. It also houses rare views of red-tailed monkey, grey-cheeked-mangabey and the caracal.