From teaching to gospel music 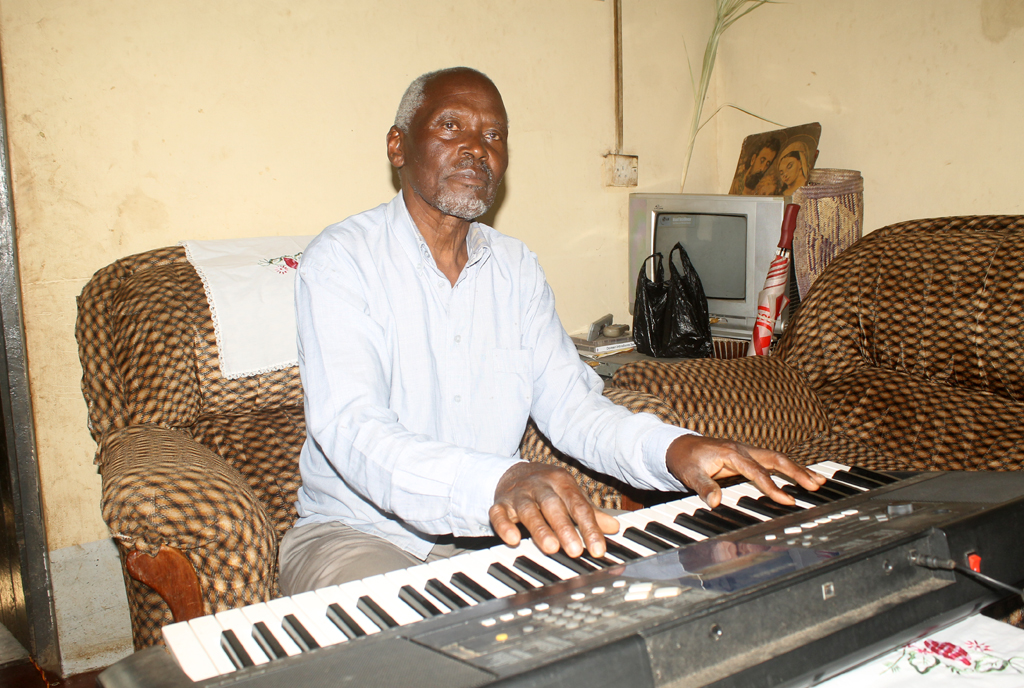 Gereshon Kinyoro served as a teacher until 2003. He now spends a bigger part of his retirement pursuing music, his childhood passion. Photos/Alex Ashaba

After spending 38 years in the classroom, Gereshon Kinyoro retired in 2003. His home in Kahungere Village, Mugusu Town Council in Kabarole District has a semblance of a music studio because of drumbeats, piano and fiddle tunes that emerge.

In his free time, Kinyoro reads music books and plays musical instruments in his house. He also trains church choirs and helps the choirs to record songs.
Work

Kinyoro’s first posting was at Mubuku Primary School as head teacher in greater Tooro (currently Kasese District) in 1965 and he was later transferred to Nyakagogo Primary School in the current day Kabarole District in 1967.

After retiring in 2003, he was given another contract for two years to remain at the school up to 2005.
Kinyoro says it was easy to get a job after tertiary education.

“As a student, your role was to read and pass exams and it was the district education officers’ responsibility to ensure that you got a job placement. Jobs became scarce in the 1990s,” he says.

He says his first salary as Grade II teacher at Mubuku Primary School was Shs 315 and they later increased it to Shs 360.

Planning for retirement
Kinyoro, 78, says when they increased his salary, he used Shs360 to buy a piece of land where he has established his home.
In 1972, Kinyoro says he built a home because he never wanted to imagine himself renting after retirement.

“I had bought my land at home, and after retiring I first engaged in farming, especially cattle keeping but later dropped them because I am not as energetic for such activities, but I still grow groundnuts.”
The father of six, says by the time he retired only two of children were still in school. 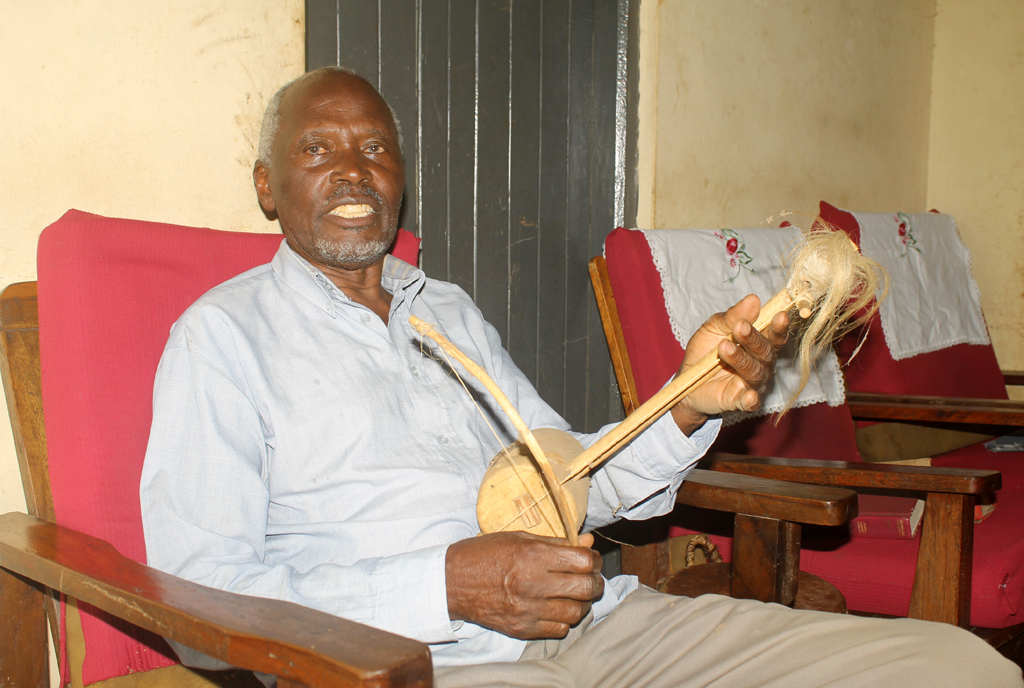 The musician
In his childhood, Kinyoro liked music because his father used to sing.

“Music is my childhood hobby. During Christmas, we would sing at home; my father had musical instruments at home,” Kinyoro recollects.

He is currently writing and composing songs for the church and also the anthem for Abeeri clan which is in final stages for studio recording. To market his songs, Kinyoro says he uses social media such as WhatsApp. He has also recorded and composed songs with Toro Enanga singer and recorded 13 songs.

In Kinyoro’s house are musical instruments such as drums, keyboard, and a tube fiddle plus books with music notes.
“With church music today, there are many songs in the hymn book which have no notation, thus I am working on that,” he says.

Advice
The septuagenarian advises people to work hard and be frugal.

“Most teachers live in rentals but they don’t have a country home. People need to invest when it is still early,” Kinyoro says.
He adds that civil servants need alternative sources of income.

Kinyoro decries gambling and excessive drinking as habits that eat away on their savings.
“Guard and love your job even if you are paid peanuts because there are some people who don’t have it and they are looking for it. Also one needs to be honest, as well as respect bosses,” he says.

He adds that civil servants ought to keep their documents safely because many people are missing out on their pension because of their missing documents.

Typical day
After waking up, Kinyoro goes to his banana plantation and after work he rests.
“When I am not gardening, I read my books of music and afterwards, I go to different church choirs for training. On other occasions, I record my music at home,” he concludes.

Did you know?
Gereshon Kinyoro went to Kahinju Primary School before joining Canon Apollo Demonstration School in 1952. He then attended St Michael Junior Secondary in Kabarole District for two years. His dream was to become a doctor.

He did not make the mark for St Leo’s College Kyegobe and he opted for Canon Apollo Teacher Training College in 1961 in Kabarole District.