Shadows and the art of reflection 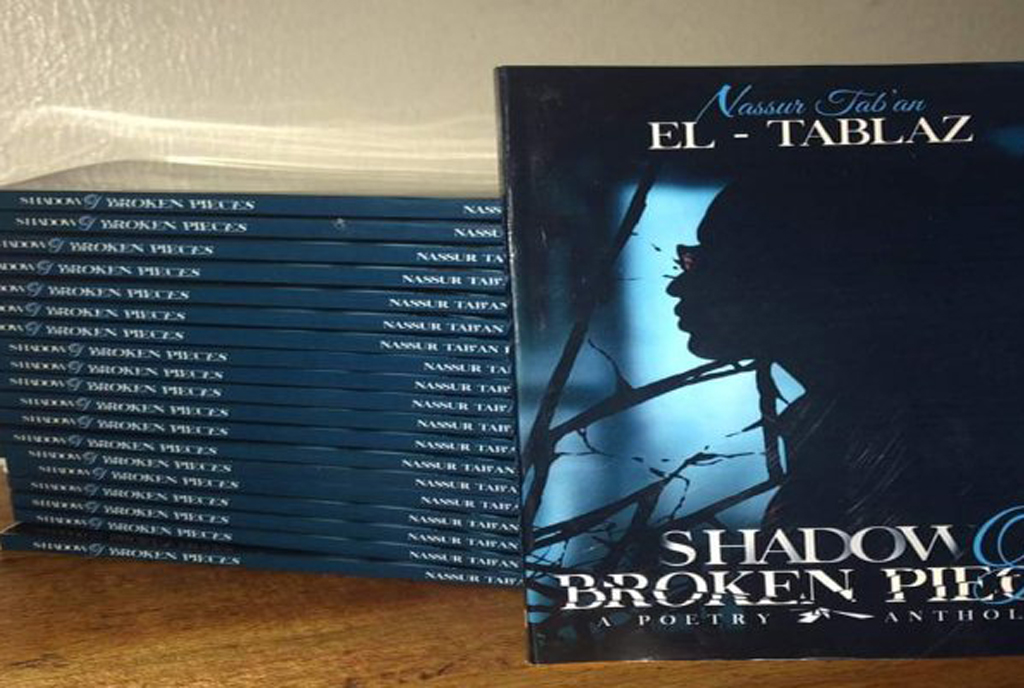 Over the years, many local anthologies have been published about different themes. Some have been strong critiques of the lifestyle, patriarchy, Uganda’s own democracy and relationships.

Unlike different poetry communities that always try to fix their anthologies in a box of a single theme, Ugandans seem to have escaped that, sometimes an author will put out a book that is indeed bankrupt of a theme but just a bunch of well written enjoyable poems thrown allover the place.

But that does not mean the pearl has not produced books that stayed true to a theme, we have actually had a good number of them, many of these had strong political undertones they remained faithful to.

These were books such as Harriet Anena’s political erotica I Bow For My Boobs, Eron Kiiza’s Pregnant Poems and Kagayi Ngobi’s The Headline That Morning.

Shadow of Broken Pieces is not one of those books, it runs through a number of themes such as social justice, death, love, life and faith. What probably makes this book different  is the fact that this tries to stay with all the themes it sets out to address.

Legend has it that in the ancient Africa, a king always had a poet, these did not write and recite poetry for the king, instead, they would help him mirror the society. They were the eyes and ears for the king and the mouthpiece for the public since they could speak and say what many men or women in the public could not dare to say.

Most times, when the king fell out with his poets for what they were saying, there were chances the public in the same breath was tired of their king as well.

Written by Nassur Tab’an El-Tablaz, Shadow of Broken Pieces reflects on different struggles we have to confront as a people, a race and as a nation. El-Tablaz uses his first chapter to address issues Ugandans are not happy about but he is not simply annoyed about them, he is willing to be provocative while at it.

Patience, this is the first poem in the collection, this writing announces the book with a lengthy reflection of what the year 2020 was all about, forced stay in homes and our general state of hopelessness.

He uses the poem to talk about different things that did not go as planned in the fight against the pandemic though, noting that regardless, Ugandans still managed to be patient. What makes this poem important is the timing, the poem regardless of when it was produced, it is one of those things that make the book relevant altogether. And this is not for the message but its exploration of the power of poetry at the time of its writing.

A teacher of English, El-Tablaz situates the politics in his poems in day to day life, this could be your grandfather’s grand compound, yet within those lines, in plain sight, he attacks, critiques and yet continues to assure you that he is withholding  his anger.

“He displays complete lack of respect/Sitting on both his ego and age/Noisly sipping a jerrican of milk imagining things- He just can’t see that he’s manically depressed” – Grandpa, the bully.

Shadow of Broken Pieces is made up of five topical chapters: Moment of Silence; Wallowing in Darkness; What’s Love?; Happiness Pursued; and The Cassock of My Skin. In 59 poems spread within the five chapters, the writer tries to tell five different stories that he layers within the poems.

For instance, he starts with Patience, a poem that seems to say regardless of how much life will throw to a Ugandan, they will survive. However, as you turn more pages and read more poems in a particular chapter, you easily notice the writer is becoming darker with his expression and lethal with the wordplay.

Yet at the end of it all, he seems to look at the future ahead in a major what if   attitude. The Voice, call it a tribute to one of Africa’s greatest sons Nelson Mandela, this poem points him in his own right. It is not the poem the writer wrote himself, but one he assumes was written by the man himself as he lay in state. We hear the voice of the man looking at the different African heads of state at his funeral and imagining what they were thinking about – “Look at how cosmetically/ They grieve at my feats: Why didn’t he stay president for life?/ Why didn’t he amass personal wealth?/ Why wasn’t he like us?

It is surprising that a voice of a dead South African president is presented in a very political chapter, you could imagine it sitting well in a different chapter, probably the one about death.

But instead, that chapter becomes a tribute and reflection in one. In some pages, he frantically prays for the reader while in others, he is remembering a friend they shared a love for literature with.

But still, it is not all grim even for that chapter, at least he still gets to celebrate the gift of life when he urges one to breathe and enjoy doing it before they are tasked to pay for that oxygen. The book contains many of such poems that do not need one to appreciate poetry to resonate with what the author is trying to say.

And oh, the author even opens up to poetry in other languages other than English.

However, for many people that are not into spoken word, poetry or generally literature, Shadows of Broken Pieces may not be their cup of tea. The book being a self publication by the English teacher, he may have forgotten that these works would be consumed by ordinary people that may not be English masters.

It is a fine enjoyable book for people that are enlightened but could be a hard read for people developing a habit. Still, some of the poems in the book, regardless of how beautiful they read had a very big room for tightening.

Despite the caution, Shadows of Broken Pieces is still an interesting read, especially for those distraught with a system and probably can not find the right words to use, you will have a whole chapter to yourself.