It ended in tears: Sheila covers up God’s plan tattoo 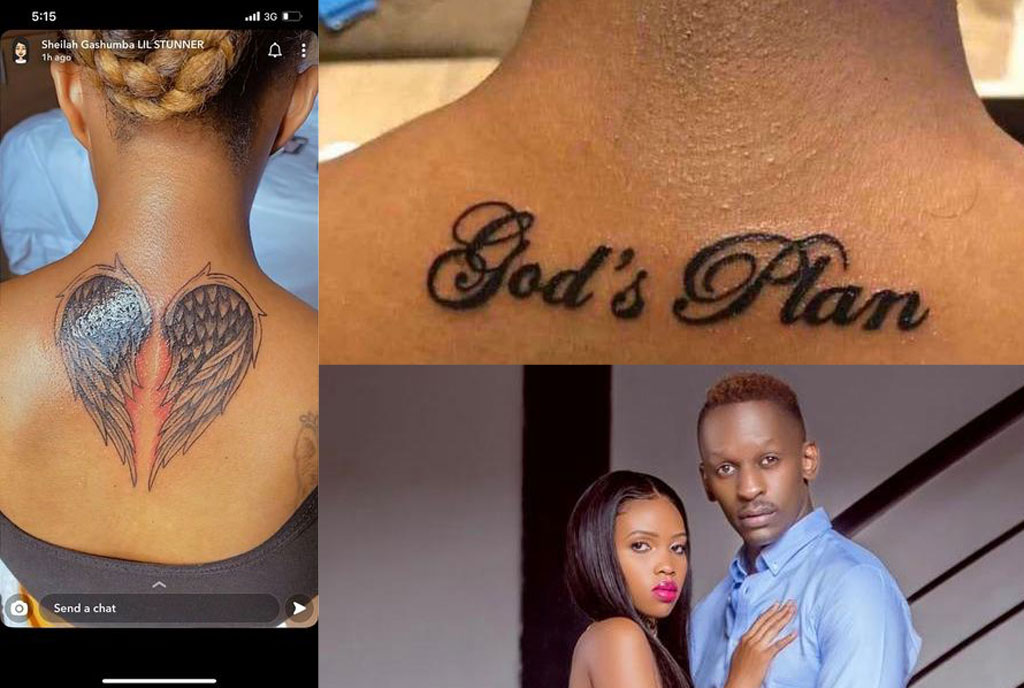 People say that one should never advise a woman in love and a man with money. When socialite Sheilah Gashumba was so much in love with Ali Marcus Lwanga a.k.a God’s Plan it seemed she could do anything to prove her love for him.

After years of being in an on and off relationship, the pair split reportedly in August 2020. According to Marcus they tried to work things out earlier this year but failed so they publically split last month.

To emphasize that her relationship was sturdier than ever at the time, Sheila got a tattoo of God’s Plan on her body. Unfortunately, no one knows what the future holds and so the relationship ended in tears. Since the tattoo was in a place that can be seen by anyone, she decided to get rid of it.

Sheilah took to her Snapchat account to show off her new tattoo, she managed to cover the “God’s Plan” tattoo with wings. 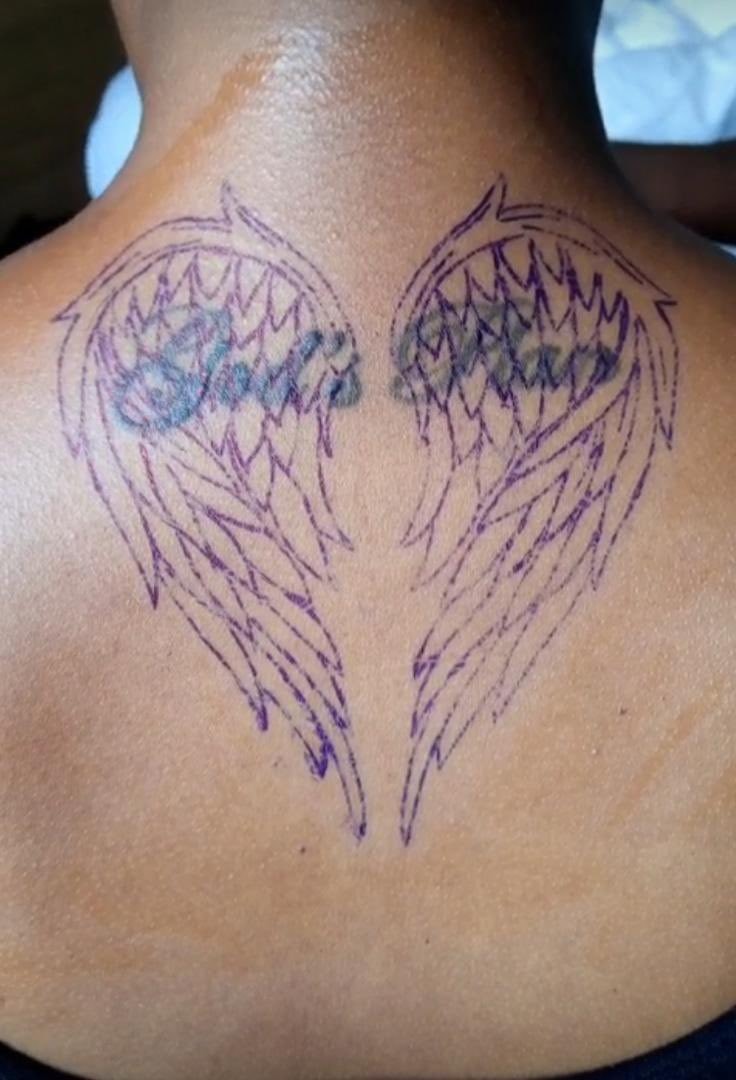 Some of her followers however interpreted the drawing as a broken heart.