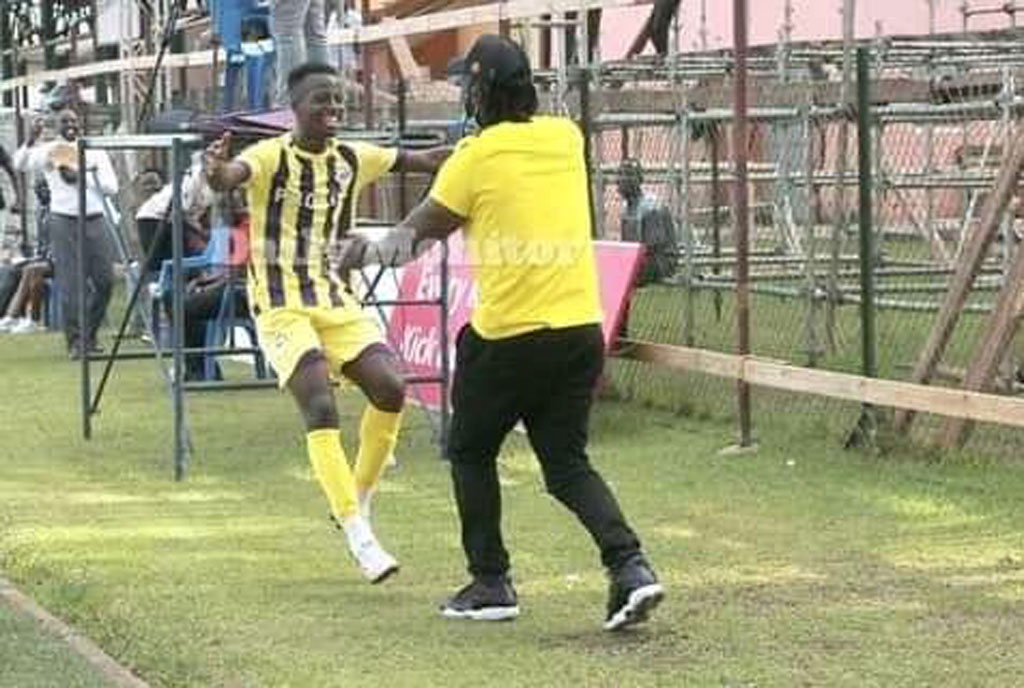 Alpha run to his father to celebrate the goal

The 17-year-old was under scrutiny after he had featured for the under-20 squad but didn’t feature for even a minute during the whole tournament but his exclusion from playtime was justified with this strike that even the critics cheered.

Soon after the match, Bebe Cool talked to a KFM journalist Abdu Wasike and told him that Alpha’s stake has gone up thus setting him a price tag.

“My Son Alpha Saali is now worth $30m if any Club in Uganda wants him,” Bebe Cool said.

A few years back, the artiste promised that his son would one day play for Arsenal football club even though the latter supports Manchester United.

Alpha Ssali has been at Proline academy since he was three years and has grown through the ranks but throughout his whole journey, his parents Bebe Cool and Zuena have been part of this process, attending his training sessions and matches.