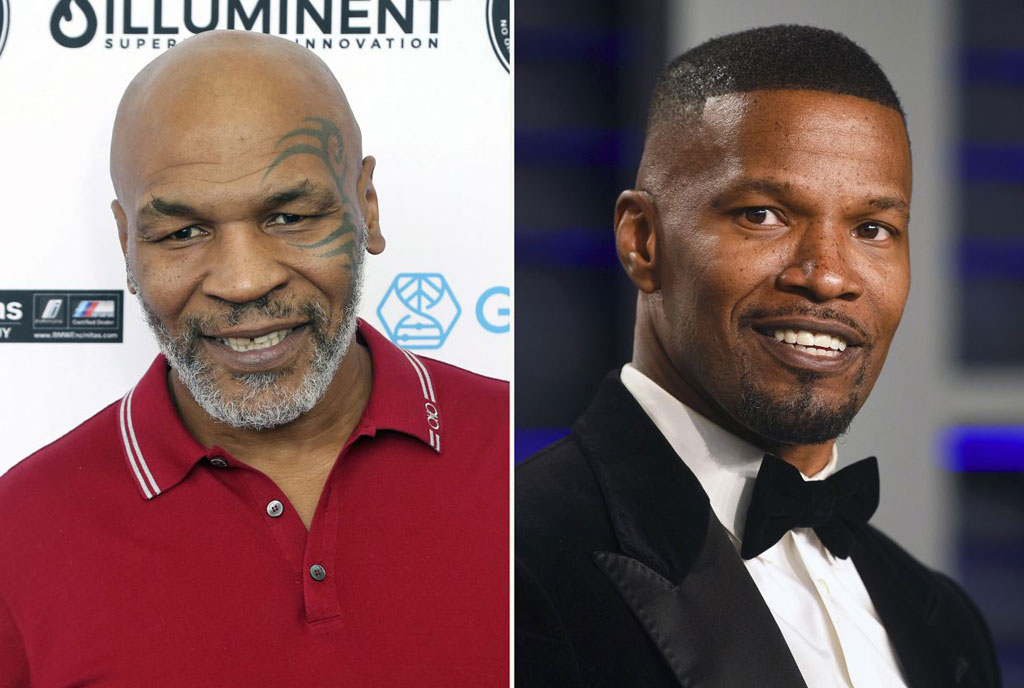 Jamie Foxx won an Oscar for his portrayal of singing legend Ray Charles. Now, he looks set to take on the life story of another iconic American -controversial boxing great Mike Tyson. The television limited series about “Iron Mike” is in development, the boxer announced, with Antoine Fuqua (“Training Day”) to direct and Martin Scorsese on the production team.

“I have been looking to tell my story for quite some time,” Tyson said in a statement sent to AFP Monday, which confirmed information first reported by The Hollywood Reporter.

“I look forward to collaborating with Martin, Antoine, Jamie and the entire creative team to bring audiences a series that not only captures my professional and personal journey but also inspires and entertains.”

A spokeswoman for Fuqua confirmed he is attached to the project. So far, the series has not been acquired by a network or streaming service, according to The Hollywood Reporter.

Tyson said his recent comeback to the ring he fought to a draw with Roy Jones Jr in an exhibition in November 2020, at age 54 made this the perfect time for his story to be told.

The former world heavyweight champion is one of boxing’s most successful and most controversial figures. Considered one of the best heavyweights of all time, he went 50-6 with 44 knockouts, retiring in 2005 with a loss to Kevin McBride.

But he is also known for his erratic behavior  biting off a piece of Evander Holyfield’s ear before losing their infamous 1997 bout and his brushes with the law, including a conviction for rape and a cocaine addiction.

Tyson bounced back, playing himself in “The Hangover” (2009) and then taking a one-man show to Broadway. In late February, streaming platform Hulu announced it was making a limited series about the boxer called “Iron Mike.” Tyson said that project did not have his blessing, and that he was not going to earn anything from the “tone-deaf cultural misappropriation” of his life story. He urged viewers to boycott Hulu.