Beyonce: Pop queen with the most Grammys, many snubs 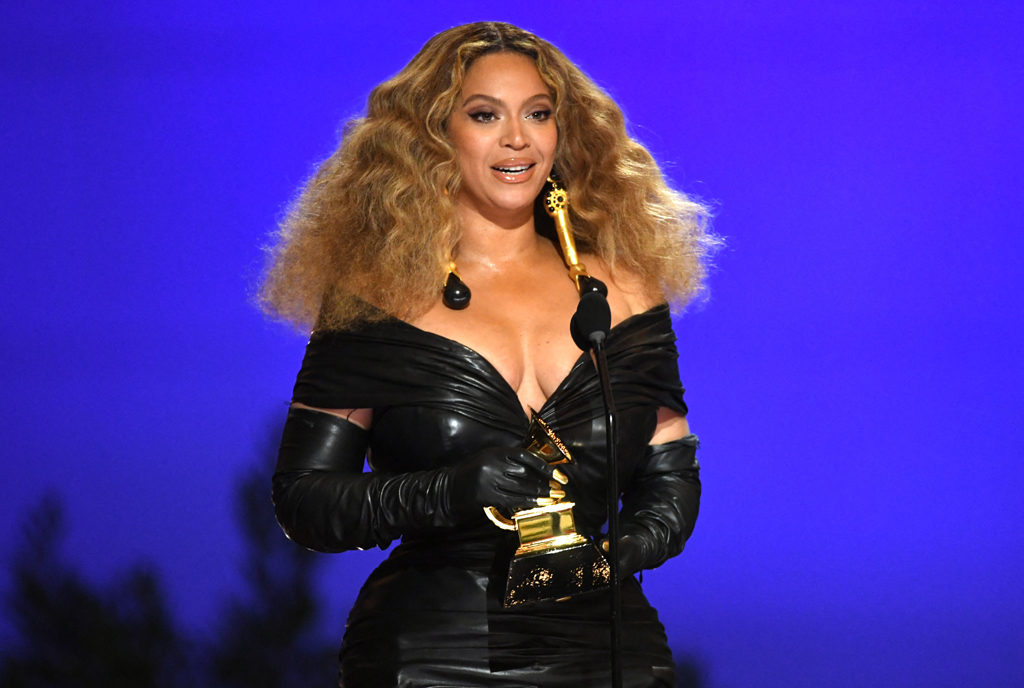 Pop megastar Beyonce made Grammys history Sunday by becoming the winningest woman ever at the music industry’s top awards gala, and its most decorated singer, with 28 career wins.

She secured the record after scooping Best R&B Performance honors for her hit “Black Parade,” a single celebrating Black culture and activism that dropped in the wake of mass protests ignited by the death of George Floyd, a Black man, in police custody in the summer of 2020.

Overall, the 39-year-old – who initially rose to fame as part of the girl group Destiny’s Child before embarking on a wildly successful solo career – won four trophies on the night.

“I am so honored. I’m so excited,” said the singer, who made a surprise showing at an event she has skipped for the past several years, wearing a curve-hugging black leather Schiaparelli mini dress.

“As an artist, I believe it’s my job and all of our jobs to reflect the times. And it’s been such a difficult time,” Beyonce said, with her rap mogul husband Jay-Z looking on.

Critics praised “Black Parade” for Beyonce’s strong vocals as well as its lyrics that simultaneously condemn racism, issue a call for activism and pay homage to Black culture.

Proceeds from the song — which dropped on Juneteenth, a holiday on June 19 commemorating the end of slavery in the United States — benefit Beyonce’s Black Business Impact Fund, which supports Black-owned small businesses.

“I wanted to uplift, encourage, celebrate all of the beautiful Black queens and kings that continue to inspire me and inspire the whole world,” Beyonce said Sunday.

But even as she rules over the Grammy record books, Beyonce is also among the show’s most-snubbed artists – and on Sunday, she once again fell short of capturing an award in the major categories.

She was nominated twice for Record of the Year – once alongside Megan Thee Stallion – and once in the Song of the Year category.

Instead, she secured the R&B performance award, along with two rap prizes for her collaboration with Megan Thee Stallion on a remix of “Savage” and Best Music Video for her “Brown Skin Girl.”

Prior to 2021, pop deity Beyonce boasted 24 Grammy wins to her name — but notoriously lost Album of the Year in 2017 to British balladeer Adele despite releasing her landmark visual album “Lemonade.”

The slight is often cited as an example of the Recording Academy’s diversity issues, and even Adele said Beyonce deserved to win.

It was hard not to see a parallel after Eilish won over both Queen Bey and Megan Thee Stallion — with the 19-year-old winner saying the rapper should have taken home the prize, just as Adele had done for Beyonce.

The megastar is the most nominated female artist in Grammys history with 79, tied with Paul McCartney as the second most nominated act and only one behind Jay-Z and industry legend Quincy Jones.

But she’s only triumphed in the top categories once: in 2010, she won Song of the Year for “Single Ladies (Put A Ring On It)”.

On Sunday, any controversies between her and the Academy seemed more like fodder for fans, than something Bey deigned to concern herself with.

“It’s such a magical night, thank you so much,” Beyonce said, adding her gratitude to her children – the eldest, Blue Ivy, won her first Grammy alongside her mom for her appearance in “Brown Skin Girl.”

“I’m so honored to be your mommy,” she said, before nodding to Jay-Z and adding: “I love you so much, my rock.”

“History!” host Trevor Noah exclaimed as the night’s queen sashayed from the stage.

“Give it up for Beyonce. This is history right now!”