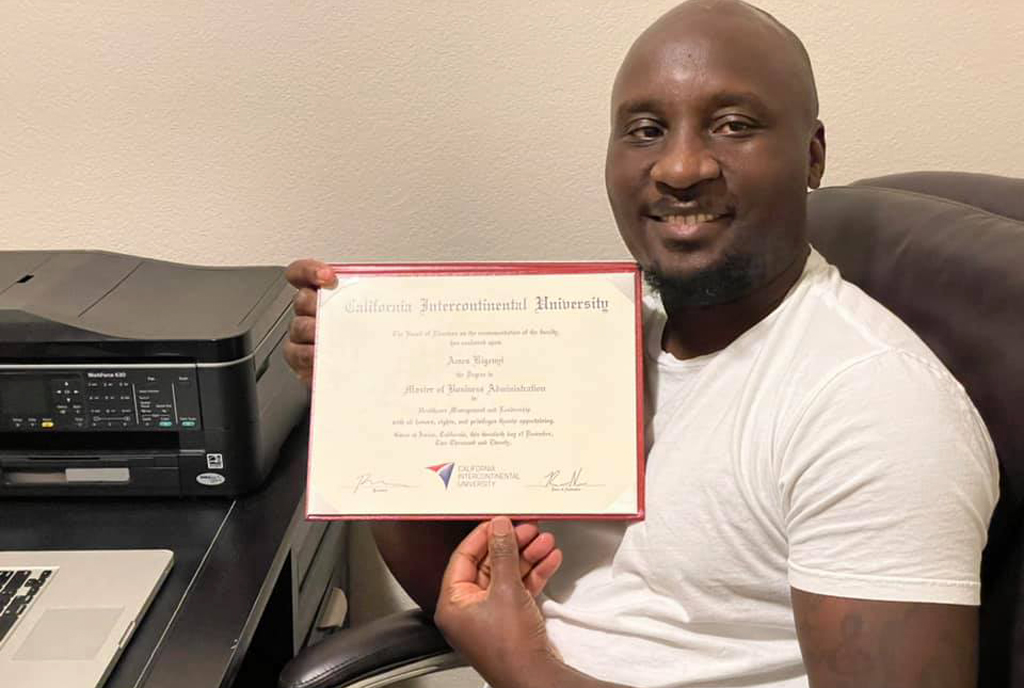 “When one door closes, another one opens, but we so often look so long and so regretfully upon the closed door, that we do not see the ones which open for us,” Scottish scientist, the late Alexander Graham Bell once said.

Seemingly and unknowingly inspired by Graham, musician General Mega Dee chose not to stare at the closed door and miss the open door as it swung wide open.

His music career might not have gone according to his plan in Uganda but he’s aiming for glory in the US.

The Woman of My Life singer, real names Amos Kigenyi graduated with a degree in Medicine back in 2017 majoring in cardiovascular diagnostic medicine, a diagnostics for adults and pediatric echocardiography, something to deal with diagnosis of the heart disorders from Kaplan University in the US but he didn’t just stop at that. He went for further studies and has graduated again this year.

“There is always more to discover about yourself. The day I did, I chose to be unstoppable! I AM HERE TO UNCOVER THE UNKNOWN. Thank you Lord for never giving up on me. It is OFFICIAL, my Degree is here (MBA-HCML). Unto the next one” the Karibu singer posted on social media.

Asked why he went for medicine instead of a courses related to music, dance and drama, Mega Dee told sQoop that mmedical courses are the best for employment in the United States and that he was chasing his American dream where it’s easy to become what you want.

He also told us that immediately after his graduation in 2017, he got hired at City of Hope Hospital in California.