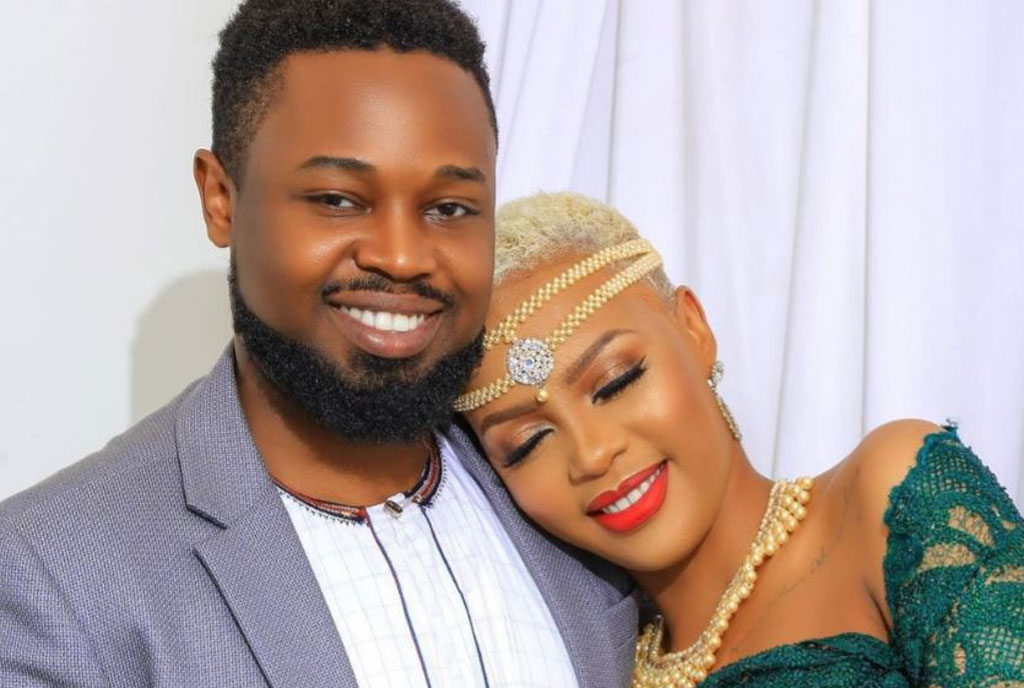 Daddy Andre and fellow singer, Nina Roz made their relationship official in an introduction ceremony

After several occasions of denying and putting up all sorts of excuses to defend their tight relationship, audio producer and singer Daddy Andre and fellow singer, Nina Roz made their relationship official in an introduction ceremony.

According to Daddy Andre, he and Nina have not just seen each other as they have been long-time friends.

“Nina and I have been friends from way back when she was still in school. She used to come to my studio in Nsambya since she stayed in Kibuli just to check on me,” Andre said in an interview with Spark TV.

He further intimated that Nina never really liked music and only got interested in singing later. He says they didn’t know the relationship will happen but it happened while responding to critics who say it will end in tears,

“We didn’t know that this would happen and those saying it will end in tears, we also don’t know what is coming. Of course, there could be people for it to end that way but it’s all God,” he explained.

Nina Roz who now stays with Daddy Andre says she’s okay with cooking for him because at the end of the day it’s her responsibility as a woman.

“I am a woman and at the end of the day, reality kicks in, it would be so embarrassing for me to say I can’t cook for my man at this age simply because I am chasing a career. Being a wife doesn’t stop me from being Nina Roz she said in the same interview.

Andre also talked about the pregnancy rumour saying, for now, she is not pregnant and when she is the world will know.

“Whatever happens in the dark usually comes out in the light so if you think she is hiding the pregnancy it will come because it something that was done in darkness,” he concluded.

The couple that has three songs together also says that they are not a duo as they have only had collaborations.