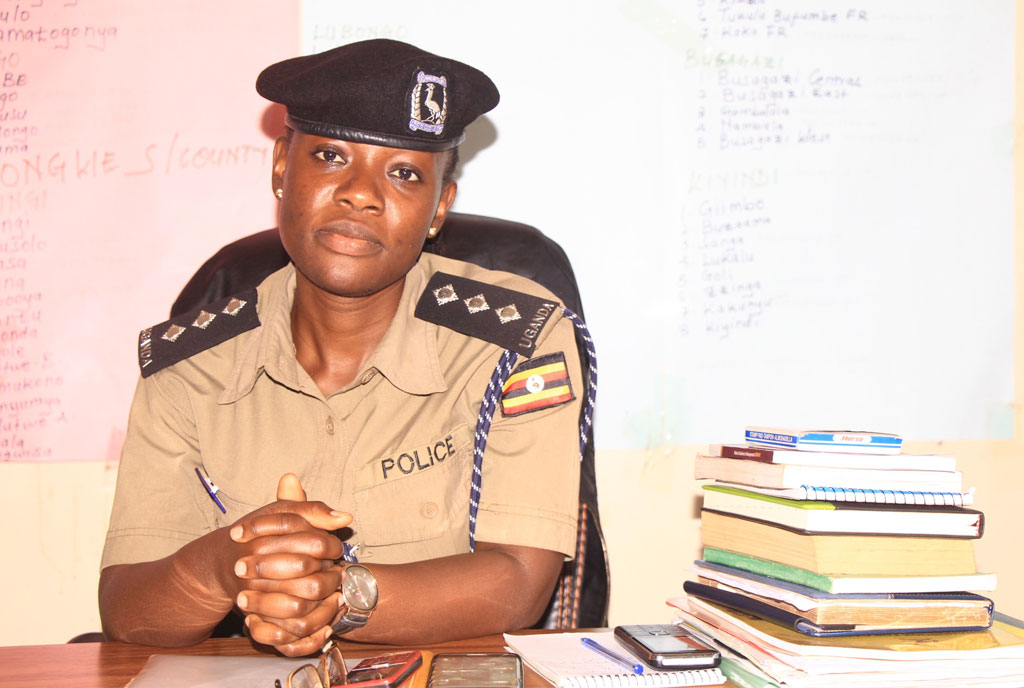 ASP. Sarah Nanyunja, 30, has served in the Uganda Police force since 2017

The officer in charge Child and Family Protection Unit department at Lugazi CPS in Buikwe district is using her singing talent to spread the gospel of Children and Parent’ rights to curb the cases of gender-based Violence.

ASP. Sarah Nanyunja, 30, has served in the Uganda Police force since 2017 in different positions like the acting OC Station of Kazo CPS in Kiruhura district, OC station at Kanyaryeru police station, and later joined Kitintale Police station under the Child and Family Protection unit department where she also acted as an acting OC for Kampala Metropolitan Police. The policewoman has a big dream of using her talent to reduce cases of gender-based violence.

ASP Nanyunja has always had a dream of becoming a musician and since childhood, she has always sung to every song and her teachers spotted talent in her making her a lead in every activity.

“When I was at Bat Valley Primary school, my teachers spotted talent in me and I was always the lead in Music, dance, and drama. I could also tune in radio at home and sing to every song that plays which shows that I loved music so much.” ASP Nanyunja said.

While in school, ASP Nanyunja admired so much Iryn Namubiru and Angela Kalule’s songs and she could write them down to practice in her free time.

“I was a shy student and I could not go for miming but I could write down songs and sing them to my close friends who also inspired me. I have sung for all my life but I have never got an opportunity for someone to write a good song because I’m not good at writing.” ASP Nanyunja added.

Six months ago, Ms. Sarah Nanyunja joined Lugazi CPS in Buikwe district as the OC Child and Family protection unit and she so much wanted to use her talent to help spread the gospel of Children’s rights to help solve the problem of gender-based violence.

“When I reported at Lugazi CPS, I got in touch with a fellow officer who is also a musician and he took me to the studio where I first recorded a cover of “Musawo” by Winnie Nwagi but when people appreciated my voice, I started recording my songs. Since I am in the Department of Child and Family, I want to use my talent to spread the gospel about Children and Parent’ rights to help curb down the cases of gender-based violence.” She added.

ASP Nanyunja has so far produced a song titled “Eddembe ly’abaana” which educates the parents on the rights of their children and she is also closely working with the colleague to produce another song titled “Olugendo lwa bakyala” which is also still in the pipeline.

ASP Robert Kalyesubula, the Regional Community Liaison Officer and the Acting PRO of Ssezibwa region police and also a Musician said he realized that ASP Nanyunja would be a good Musician when they went with her in the studio to produce her first single.

“When I met Sarah last year, I realized she is talented and have worked with her closely on some projects and since she loves her job so much, she can still use her talent to solve Children’s rights.”

ASP Sarah Nanyunja said that she is only looking for finances but she has over ten songs that she needs to produce by the end of this year.