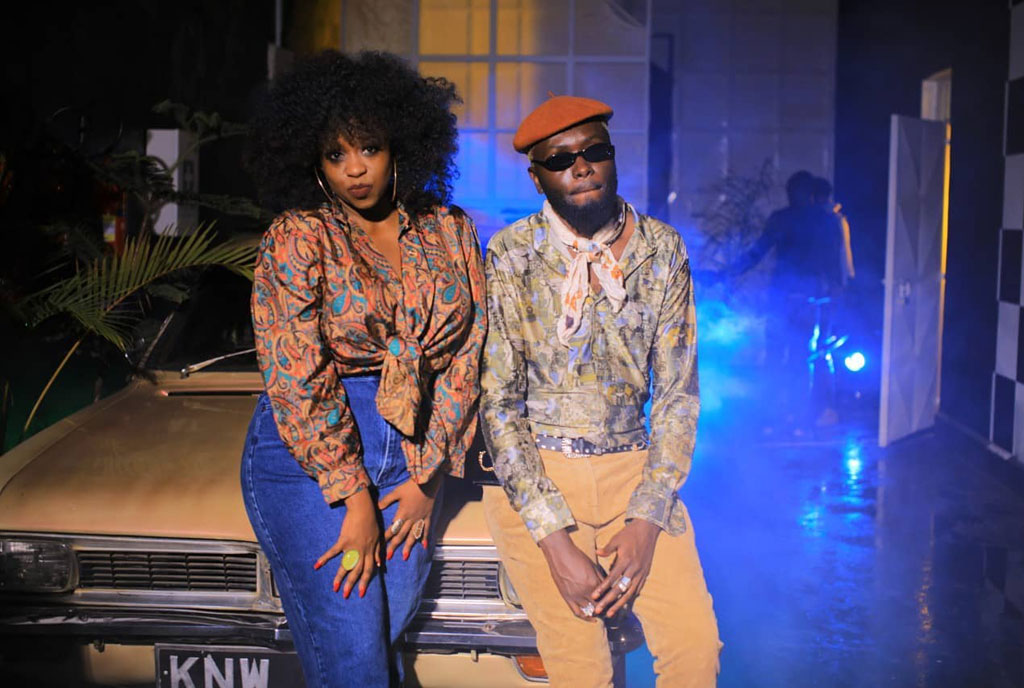 For singer and vocalist, Angella Katatumba is a tell-tale of perseverance at a time when most musicians are trying so hard to keep up with the pandemic.

Katatumba dated Kenya’s composer and multi-instrumentalist Jegede to a musical collaboration dubbed ‘Jump In’ whose video was released earlier today.

Published by Black Market record, Angella and Jegede’s ‘Jump In’ was produced by Ugandan producer Big Nash and the video Directed by Dantey.

Katatumba’ s public controversies are shadowed by her prowess that the song-bird has made sure that she releases song after song since the doors to concert venues got slammed shut.

Her famous “Tonelabira” ballad has been backed up by a couple of songs that include ‘Emotional’, ‘Biluma Bayaye’ remix, ‘Love me’ with Kent and Flosso among others.

Angella professionally started singing after her return from the USA. She released an album with songs like ‘For You Gulu’, ‘Peace, I live for you’, ‘Let Me’, and ‘I surrender’, ‘One Minute’, and ‘Sikyetaaga’ a duet with Bebe Cool among many.

She currently has three albums in her career.