Music or ballot: Industry ponders after a heated election

What next?  If there was an election where artistes had something to say, it was definitely that of 2021. From the presidency to LC3 elections, there was an artiste or entertainer vying for office. But where does this leave their divided audience and the industry? Andrew Kaggwa writes. 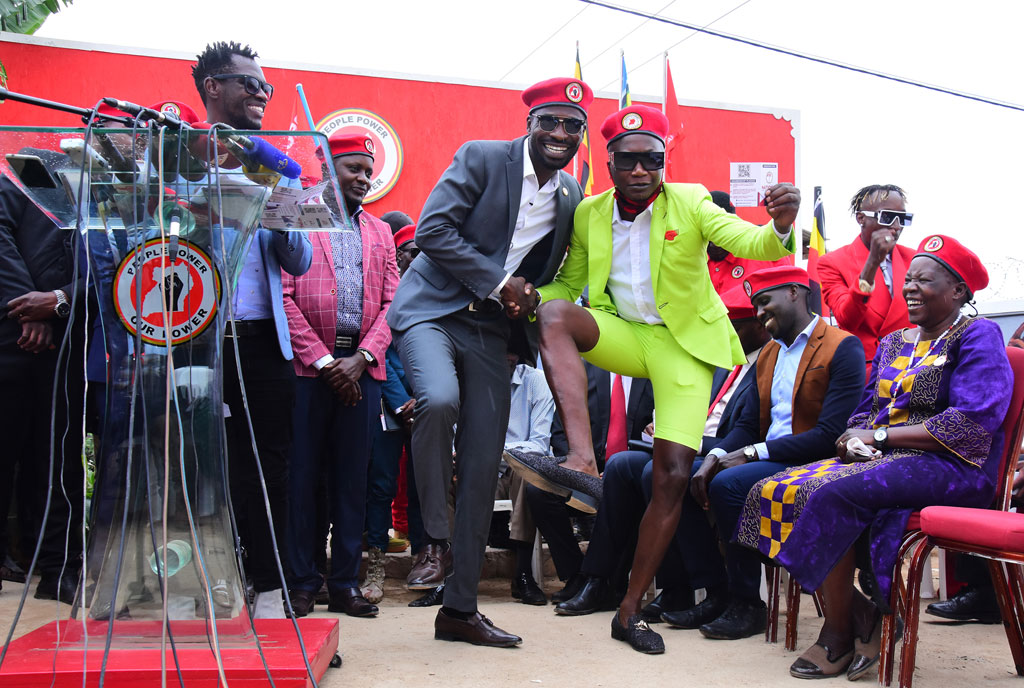 Political commentators have always had many terms to use while describing poets and artistes’ roles in a revolution.

Some have described art as a mirror of society, while others have intimated that whenever a poet speaks about the society’s plight, there is always an equally louder poet reciting praises for the kingdom.

In the just-concluded elections, that description made a lot of sense. Regardless of the side you may want to place your poet/artiste, this was an election that had many of them involved. And on both sides.

Than any election Ugandans have experienced, this was one that was painted in art. In fact, since one of the candidates, Robert Kyagulanyi, aka Bobi Wine, an artiste turned politician declared his intentions to challenge Yoweri Tibuhaburwa Museveni, the stage was set for an entertainment show.

When Bobi Wine wasn’t outshining Robert Kyagulanyi to release songs such as “Afande”, “Osobola”, “Engule” which later became an anthem of his political party, the National Unity Platform (NUP), and “Tulonde” among others, he was organising online shows, most of the time using that time to preach the message he believed in.

Since 2006, Ugandans had received a fair share of campaign sloganeering pumped and packaged in art such as Bebe Cool’s “Kisanja” album, President Museveni’s own folklore inspired hip hop single “Another Rap” and in 2015, the famous All Stars’ “Tubonga Naawe”. All these songs endorsed the incumbent.

But there were other songs endorsing Opposition politicians, most of them unsolicited, but they were recorded anyway. Adam Mulwana’s “Toka Kwa Barabara” has been one of the outstanding ones among these.

The difference between now and then though, is a fact that both the people and artistes were not engrossed in the elections to the extent of picking sides.

When Tubonga Naawe was pitched six years ago, it was a project that was going to bring together the most influential artistes of the time, to endorse candidate Tibuhaburwa, then known as Museveni,  and while at it, pledge the support of the music industry.

It is said the project was pitched at Shs400m, a juicy deal that artistes Bebe Cool and Chameleone or the latter and Rema had to bury hatchets to be on the same song.

Unknown to them, their actions were going to ruffle feathers among different sections of their fanbase. The internet was awash with insults from fans that accused them of greed and not caring about a fanbase that has always supported them.

But it was all fine, in fact between the release of “Tubonga Naawe” on October 15, 2015 to the elections in February 2016, Bebe Cool held his annual Boxing Day fete at Kiwatule. Even if there was heavy deployment of security operatives, the audience was majorly peaceful, there was not an incident.

The problem started after the elections, Bebe Cool celebrated NRM’s win but while at it, he called the Opposition minorities, something many did not take so well.

Bebe Cool did not stop at that, he was directly involved in exchanges with supporters online, calling some of them stupid and at one point assuring them that he doesn’t need them to succeed as an artiste.

Along with other factors, the talk of boycotting artistes that had been on the project started coming up.

Edward Ssendikadiwa (Ssendi), an arts critic with Dembe FM talk show Talk and Talk, says even when there was a talk of boycotting artistes, none of the 12 involved in the “Tubonga Naawe” project was boycotted out of the industry.

“Many of these people were struggling musically even before the project, some had a name but were musically off the radar,” Ssendi says.

The other school of thought too believes artistes were not boycotted, however, in fear that the public was going to reject them, many withheld their music, creating room to firebrand artistes of the time such as Winnie Nwagi, Sheebah Karungi and Bobi Wine who used this time to record songs that he later played on his guitar for Kizza Besigye, the presidential candidate that had been confined in his home.

Then, Bobi had already curved himself out as an artiste who did not only understand the plight of his audience but spoke about it.

Much as his ability to rally a constituent behind him at the polling station had been underestimated, his ability to trounce both NRM and FDC candidates opened the industry to new possibilities.

All of a sudden, artistes, prominent and obscure, started thinking about their chances in politics. Again, Bobi Wine was not the first artiste to try this. Both dancehall artiste Daniel Kazibwe, aka Ragga Dee and Gospel artiste Judith Babirye had been contestants in different races.

But Bobi Wine’s win was special in many ways, for instance, unlike many before him that had joined politics to retire, he was still in vogue. He had planned concerts during and after his election.

He continued composing songs about all sorts of topics such as love, culture and as you could imagine, politics.

It wasn’t surprising that in 2021, every election level had a candidate that was an entertainer, be it President, MP, mayors or councillors.

With so many artistes, under different parties, the election was set into a fight within the industry and the fanbase.

“To the contrary, the arts industry involved in politics has been a very small percentage compared to the number of artistes in the country,” Ssendi says, adding that only three artistes; Geoffrey Lutaaya, Hillary Kiyaga alias Dr Hilderman and Rachel Magoola made it to a parliament of more than 500 legislators.

However, he says, because Bobi Wine pulled crowds and was running for the top office which garnered a lot of steam, people believed that artistes had hijacked the election.

How will this affect the industry?

Music meeting politics is one of those topics Afrigo Band’s frontman Moses Matovu truly knows. He lived it. He says music and African politics can be a dangerous mix: “In our time, people had to leave the country into exile, while others were arrested or killed.”

A story has been told of one Simon Kaate Nsubuga, a Ugandan artiste that sang different songs in praise of President Milton Obote. It is said the man was heavily rewarded only to be murdered in cold blood.

Matovu believes artistes have a right to support and air views, though there is also a need to tread carefully.

Sophie Nabukalu Gombya, an artiste who was also a candidate in the Kampala Central Woman Councillor race, says the biggest problem is that this election came at a time when people were broke and frustrated.

“It is not the first time that artistes have been part of politics but this time people were frustrated and hungry for change. The moment they notice an artiste singing at an NRM event, they will believe you’re siding with them. And it’s true most of our audience wants change,” she says.

Gombya adds that most artistes will choose to lean with a certain party because they will get paid, yet in the process, they forget the audience that has been there for them for many years.

All this, according to Gombya, leaves the industry in a ditch. “The artistes are divided along parties and financial situations. Some are frustrated that they have not been working for almost a year, yet their counterparts that supported some candidates Y have been facilitated even without composing a song.”

Benon Mugumbya, part of the famous duo Benon and Vampos, and one of the founders of Swangz Avenue, a production house and music label, says the industry will not be affected by the election backdrop, although some artistes may be affected because Ugandan politics can be toxic.

“But maybe, this election could become the reason they will increase the restrictions on the industry since they know how powerful it can get,” Mugumbya says. 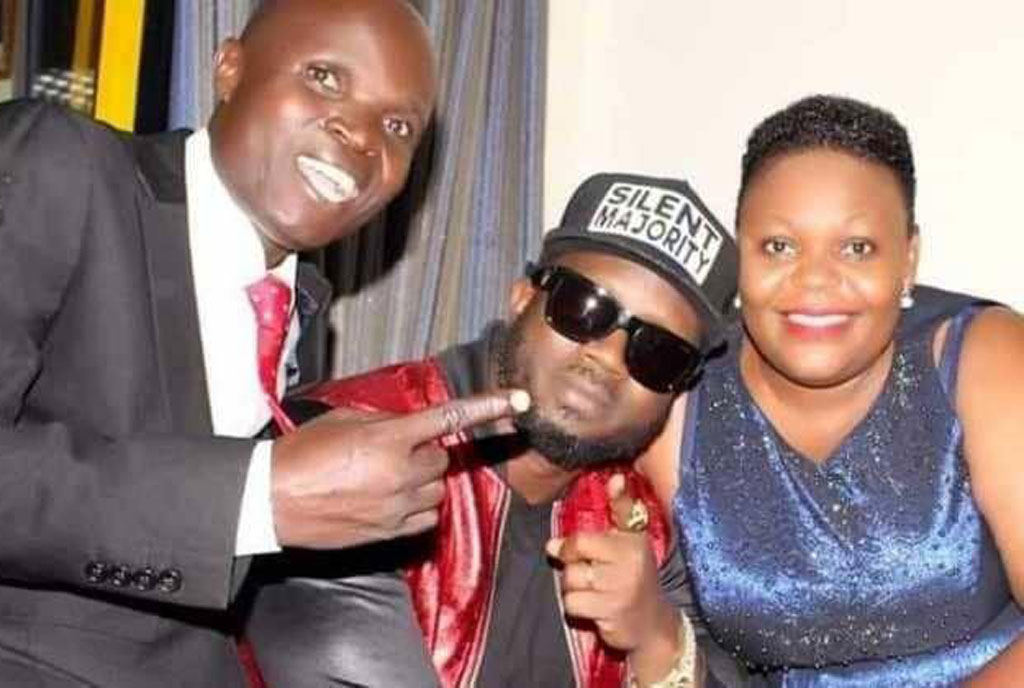 In the same vein, Gombya believes the next five years may be so hard for the industry that presented the incumbent president’s main challenger.

“The other time, the President complained about constructing roads and infrastructure that artistes use on their way to the stage to abuse him,” she says.

Gombya believes that after the 2021 elections, the pressure mounted by the National Unity Platform and its leader Kyagulanyi may instead be felt by the artistes.

“It’s like we have one stubborn fish in the lake, and instead of dealing with it, they poison the lake,” she says.

However, on the contrary, Ssendi believes the industry will not take a hit generally. He believes that once artistes get back to work and record good music, the audience will move on, especially with the fact that many have been home way too long.

Like Gombya and Mugumbya though, he believes the biggest mountain the industry may have to overcome may be the restrictions that may be born out of Kyagulanyi challenging the status quo.

One of the biggest surprises in the 2021 general elections was artiste Ronald Mayinja, after a decade of being the poster boy of civic music thanks to songs such as “Tulikubunkenke”, “Bizemu” and “Africa”, among others, he shocked many when he released music endorsing NRM’s candidate Tibuhaburwa.

Ssendi says Mayinja will have a tall order out of all the artistes but believes with time, people will move on.