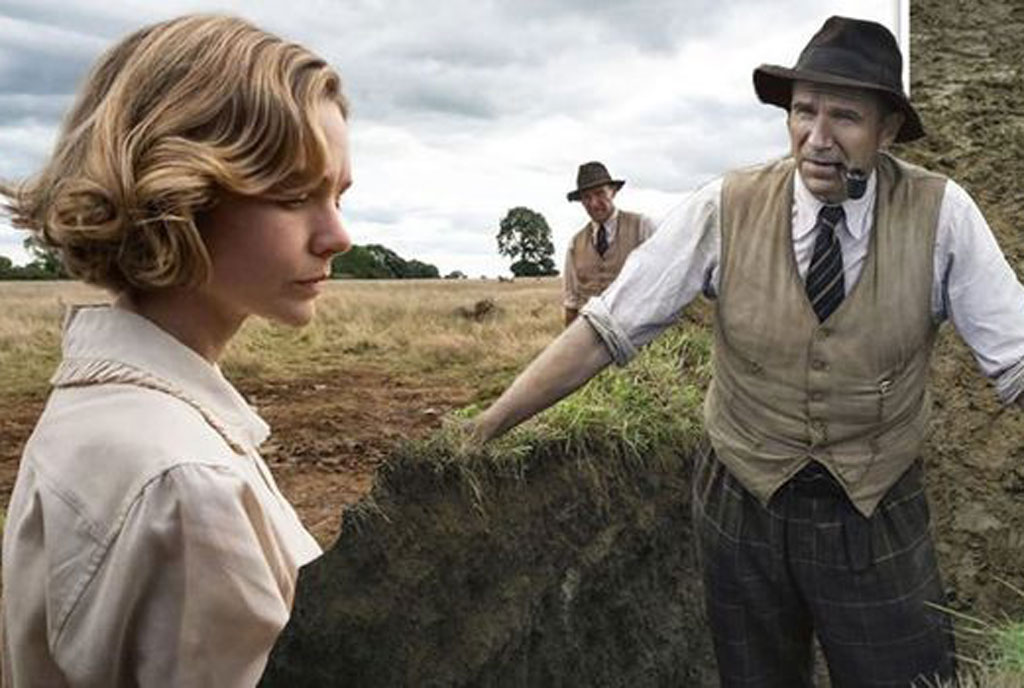 Just before World War II, Edith Preston (Mulligan) hires Basil Brown (Fiennes), an excavator, to find out what is underneath the mounds on her land. When it becomes clear that what is in the ground are no ordinary findings, the team working on the site soon gets bigger. Part of the team is Peggy Preston, whose nephew, John Preston, wrote the novel on which The Dig is based on.

The movie is therefore based on real events, particularly the discovery of the Sutton Hoo burial site. Some of the artefacts from the site are now at the British Museum. It goes without saying that the movie has an appeal for anyone who likes this sort of historical-pieces-coming-together storyline. Thankfully, the director, Simon Stone, does not try to inject more excitement than the movie should have. While some might find this boring, I found it soothing to watch a story unfold without having to roll my eyes at events created for dramatic effect.

The cast, which is star studded, also lends the movie just the right dose of charm. Mulligan and Fiennes have a screen chemistry that is not romantic in nature and yet it is even more compelling, and perhaps even harder to portray. They do it so well. After all we do have a younger couple to inject all that romantic drama into the scenes in Peggy (James) and Rory (Flynn).

You will enjoy it if you like to watch the story unfold comfortably and beautifully. You might struggle if you are looking for a fast-paced storyline.