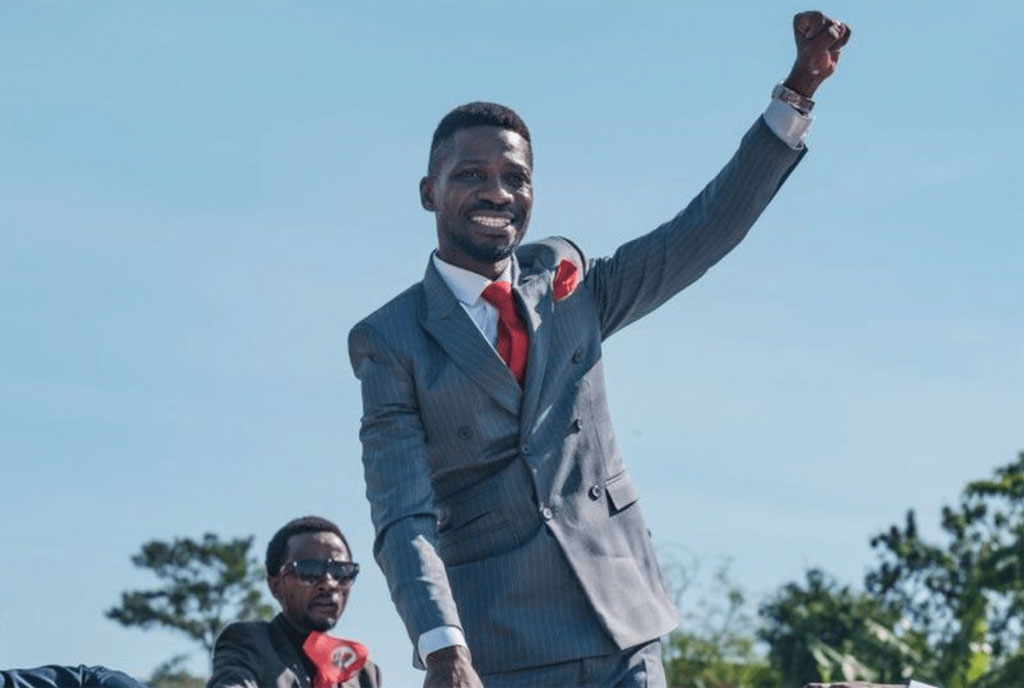 Fans, followers, and supporters of singer turned politician Robert Kyagulanyi alias Bobi Wine are jubilating after he hit 1 million followers on Twitter before polling day. This comes after a Tuesday night confirmation by President Museveni of the blocking of social media platforms.

Since the time Bobi Wine showed interest in Politics, he has from that point forward trended world over.

The National Unity Platform’s chairman and presidential candidate Bobi Wine has become the most followed Ugandan singer on Twitter with one million followers.

He took to Twitter to share the good news, “One million followers just before polling day? I think this is also one of the many signs of victory on our side. Yes, #WeAreRemovingADictator”

One million followers just before polling day? I think this is also one of the many signs of victory on our side. Yes, #WeAreRemovingADictator

Bobi Wine has appeared countless times in both national and international news channels for different reasons but mainly due to the brutality he has faced from Ugandan security forces during campaigns.

Among all the official candidates in the race, Bobi Wine is the second with the most elevated Twitter devotees coming close to incumbent Yoweri Tibuhaburwa Museveni.

Twitter is increasingly becoming a popular social media platform amongst Ugandans as more continue to warm up to it.