When life stalled for they that rely on the internet 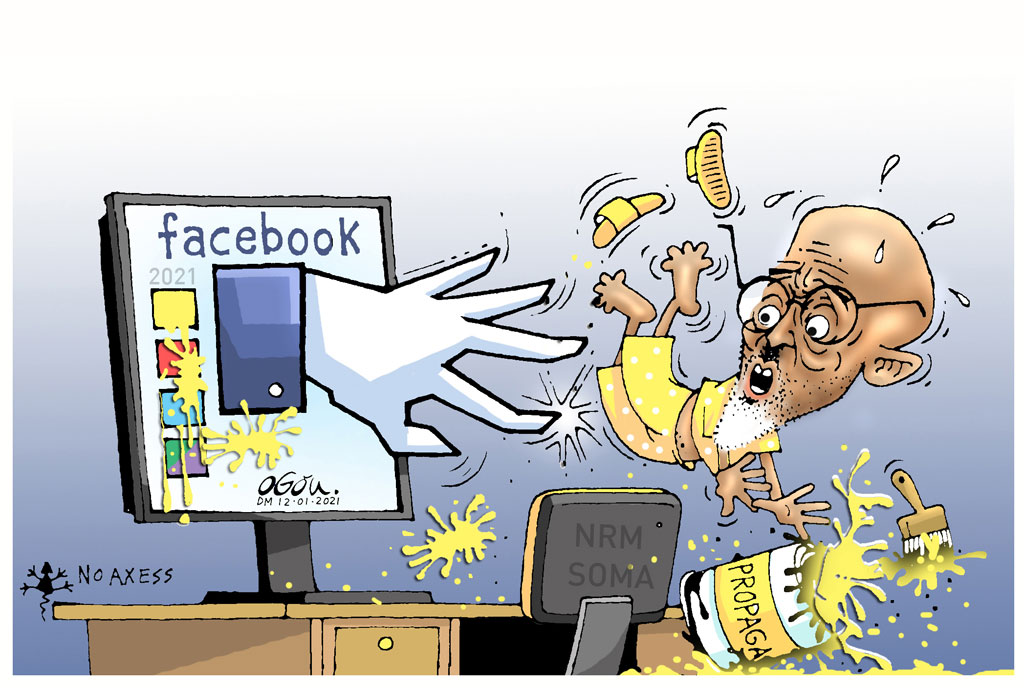 LIFE ON HOLD: One thing that stood out in last week’s 2021 presidential elections was the Internet shutdown. For five days, we were taken back to the analog generation and given the current times, businesses and life for many was brought to a halt. Isaac Ssejjombwe spoke to some influencers on how the Internet shutdown affected them. 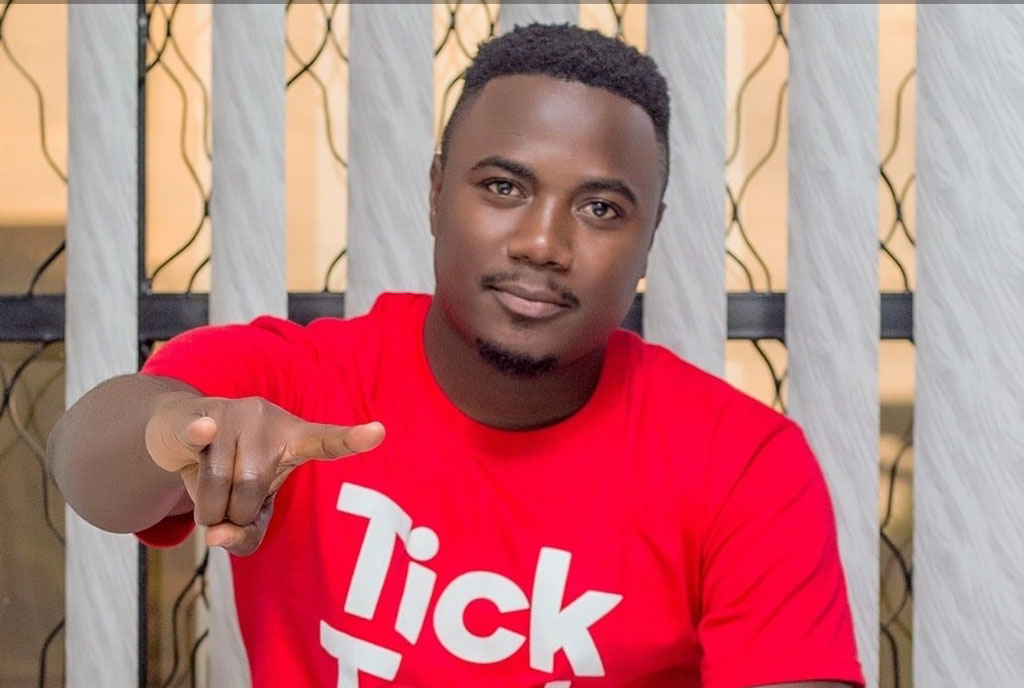 At the time the internet shutdown happened, I was on phone. When the phone call ended, I tried getting back online to check my newsfeed only to realise that my Internet signal bars couldn’t connect.

For someone who is used to being online interacting with friends across the world, conducting my businesses online, it was a very hard time for me. The handset became a toy. There was little I could do with my phone because I do more of online messaging than phone calls. Fortunately, it was an emotionally draining political period for everybody. So much of the time was spent on TV following up on the political proceedings. 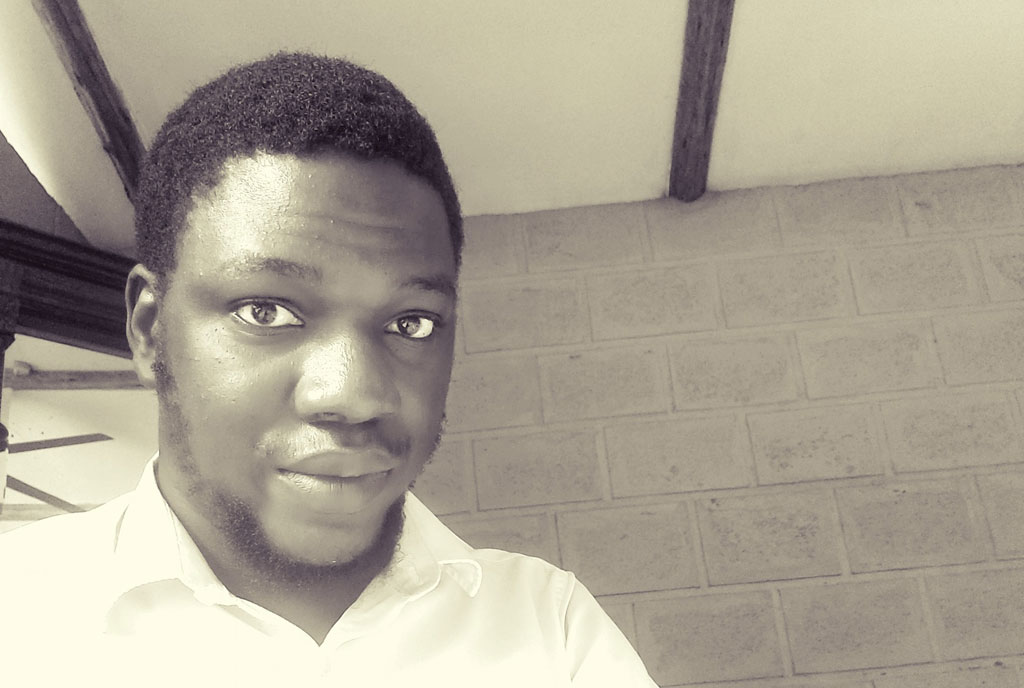 I was online when internet was blocked because most of my work is social media related. I was reading about the 2016 elections and I knew this would happen. Matter of fact, I prepared by downloading enough books. On Tuesday, the telecoms sampled us with the blackout. Officially, I knew about it when Bobi Wine tweeted about it on Wednesday at 7:10pm. I’m an avid reader. I read about three books. Two about Uganda’s politics and the other humour. I also listened to a lot of radio and watched a ton of TV content, specifically on elections but what I learnt is that the State has more powers than it should. Everyone has to know that.

Reading is a great distraction from the fast life social media is. I still despise whoever thought an internet blackout was a good idea. The government should think beyond staying in power. A lot of people who don’t give a hoot about the elections use the internet. Besides, majority even vote for the government, why torture the majority for a minority. 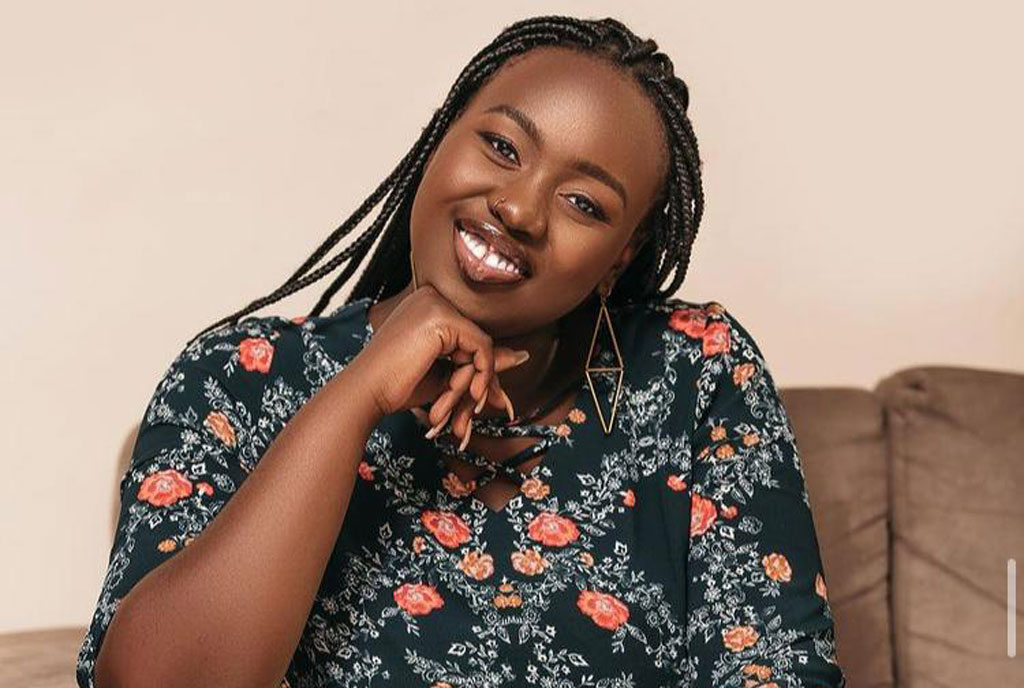 I found out about the internet shutdown on Twitter and it found me running a charity campaign called #AHelpingHand.

The campaign was supposed to end on December 30 but I extended it to January 27 to give people time to donate but with the Internet off, we did not collect anything yet our deadline is barely a week away. I resorted to making calls but it is expensive and the banks were closed.

No one should have the power to switch off the internet. I lost money and time. My entire career flashed before my eyes in a second, so much for securing the future! 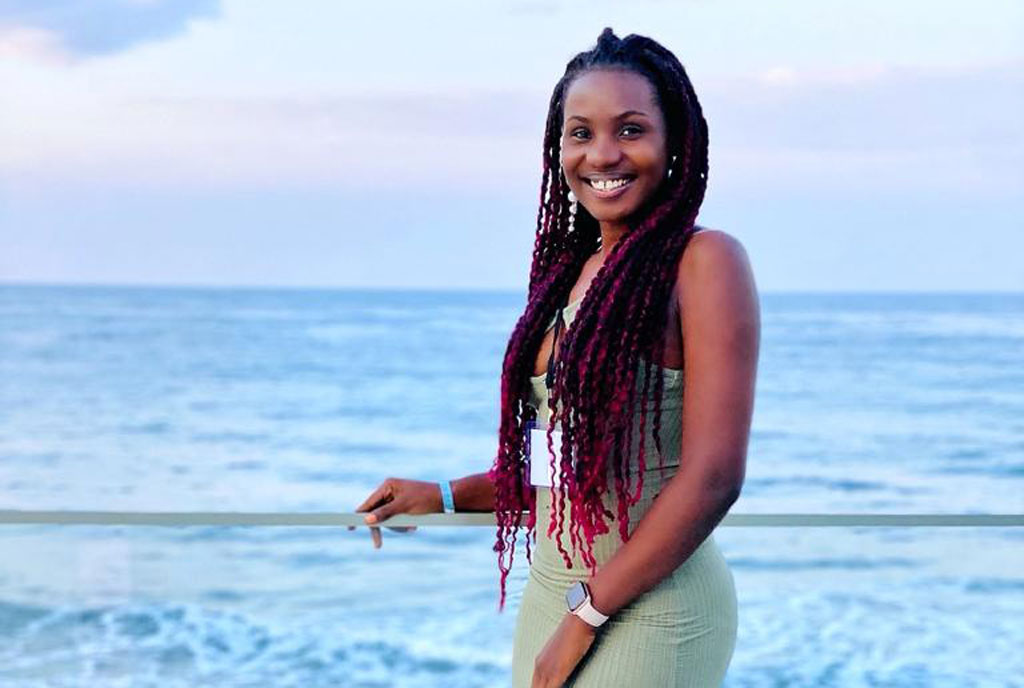 The internet shutdown found me trying to secure certain vehicles from one of my supplier’s websites. I knew about it when a close friend called and asked whether I was able to access all the social media platforms and after I checked, I realised at that moment that what I called internet instability was actually a shutdown. The following days were spent with close friends, we cooked, watched movies and chatted about what was happening in the nation. This period taught me that the internet isn’t the only means there is for me to communicate to my suppliers, clients and family.

The internet affected me because by the time I came back online, some of the cars I was interested in were taken, so I missed out on those good deals but also it helped me discover the power in text messages and phone calls. 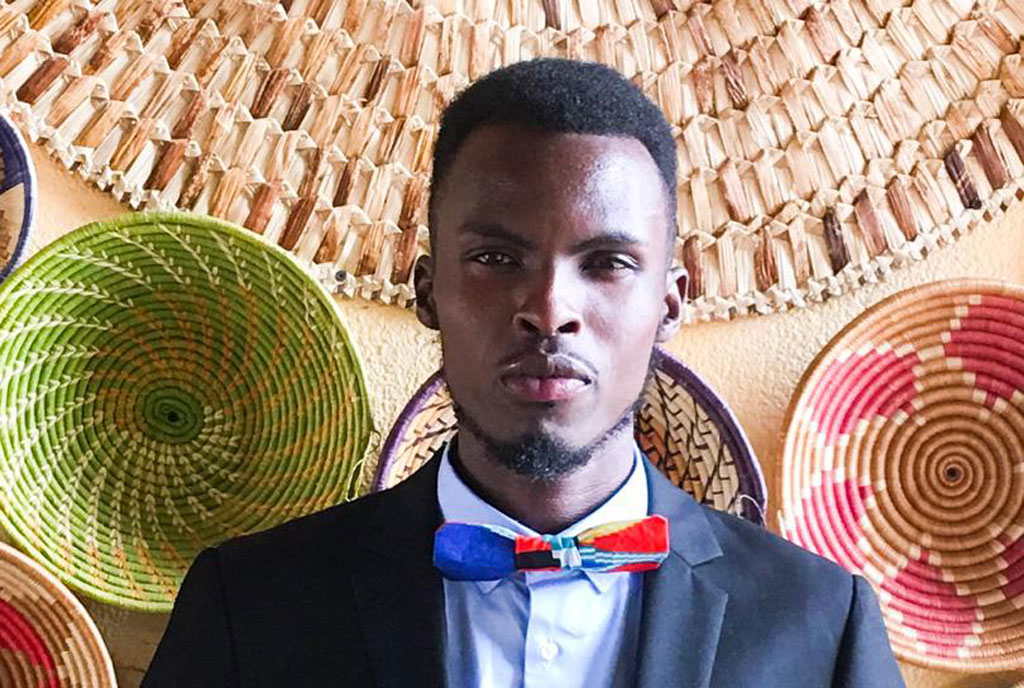 The shutdown found me online. I was halfway into typing a message and the apocalypse fell. I could not send the said message on WhatsApp, I couldn’t tweet nor post on Facebook. I was locked out. A total blackout. Physically, I was home. So, I quickly tuned on the TV and watched the showdown from the elections. It was a movie.

Part of my work is dictated by the availability of internet, so the shutdown rendered me jobless. It found me in a place where I was chasing a couple of gigs (all online). When the big switch happened, it meant I had no work. First things first, I had to accept fate. I knew the reasons why the internet was shut down. I had to swallow the bitter pill and jog back to the Stone Age era. I appreciated the efforts of our TV stations because they occupied the most part of my time in solitude. I resorted to SMSes and phone calls (things I rarely do). I had long stretches of sleep (still, I rarely do this). I was home for the most part (I am rarely there). I crawled through this blackout like the rest of Ugandans – planted in my living room watching TV. Oh, I ran out of music, drinks and movies.

I learnt that the internet is the engine of our economy (especially young people). I realised that without it, this is like taking away air from our lungs. We couldn’t work. Businesses shut down. Emails were crippled. This was another lockdown. In the same breath, I learnt how the internet consumes much of our personal time. For the first time in a longtime, I had candid conversations with people. Phones were not touched. We talked at length, face-to-face. This internet hiatus needs to be taken periodically. It cleanses the soul. It unclogs the social media chaos we are subjected to, daily. I also learnt that social media friends are a scam; they aren’t real. Most of my social media friends didn’t check on me (and vice versa). It’s only the ‘day-ones’ that checked in. That’s a huge lesson. I learnt how powerful the State can be. This was unheard of.

Much as it crippled our jobs and gigs, bitter as it sounds, we needed this. Social media has been a playground for fake news. This was always going to be detrimental to our stability and peace as a country. In a highly-contested election like we had (with many younger people involved), social media was going to be a light to the gasoline. So, it was healthy, whichever way you choose to see it. 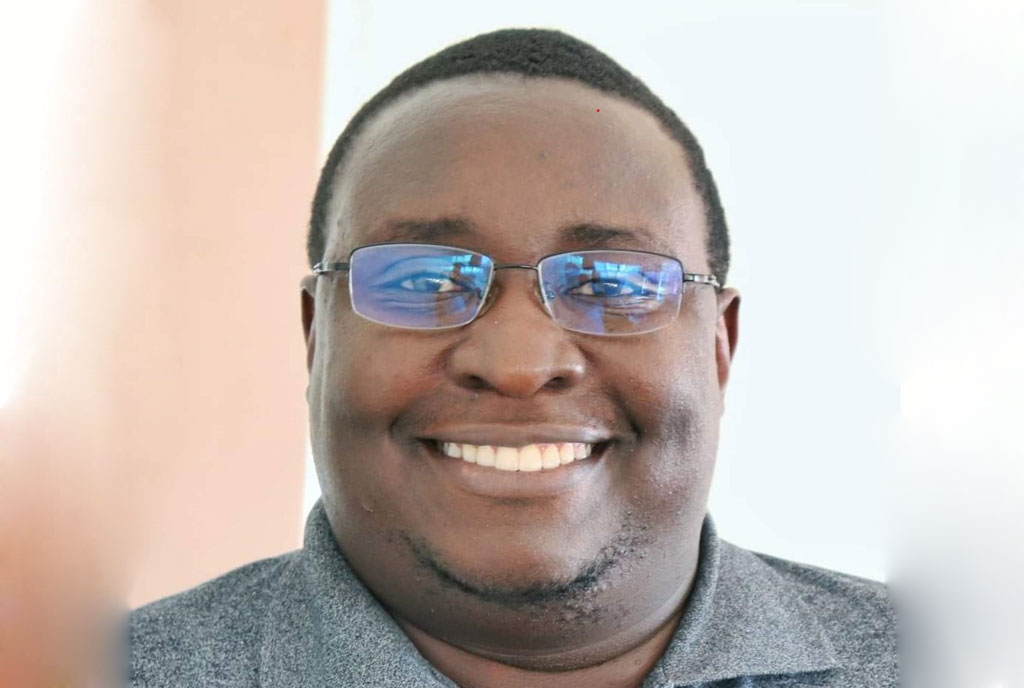 The internet shutdown found me preparing for a digital marketing training for the tourism industry that had to be postponed. For us who are entirely reliant on the digital media for our income, all we could do was wait for it to be reinstated. But we also expected this as many had installed VPNs to circumvent the first social media lockdown. Unfortunately, that makes our (digital marketers) lives difficult, as accurately targeting people with VPNs is difficult as the internet sees them in different locations. My general lesson is that we have to include government actions in our threats when we plan for such times. Their unpredictability has to be anticipated.

My general take on this, is that NRM would be better suited employing actual digital strategists and playing to their strengths of achievement than resorting to such methods. In an election, for example, all a shutdown does is piss off users and tilt them to your opposition. But proper messaging, consistent posts based on fact and not feelings, as well as video and pictorial evidence is how you win hearts and minds…. that and a healthy dose of humour.

All in all, they need to hire proper copywriters, digital managers and strategists, as well as employ proper advertising and influencer strategies. Their current approach of abusive squads is counter intuitive. 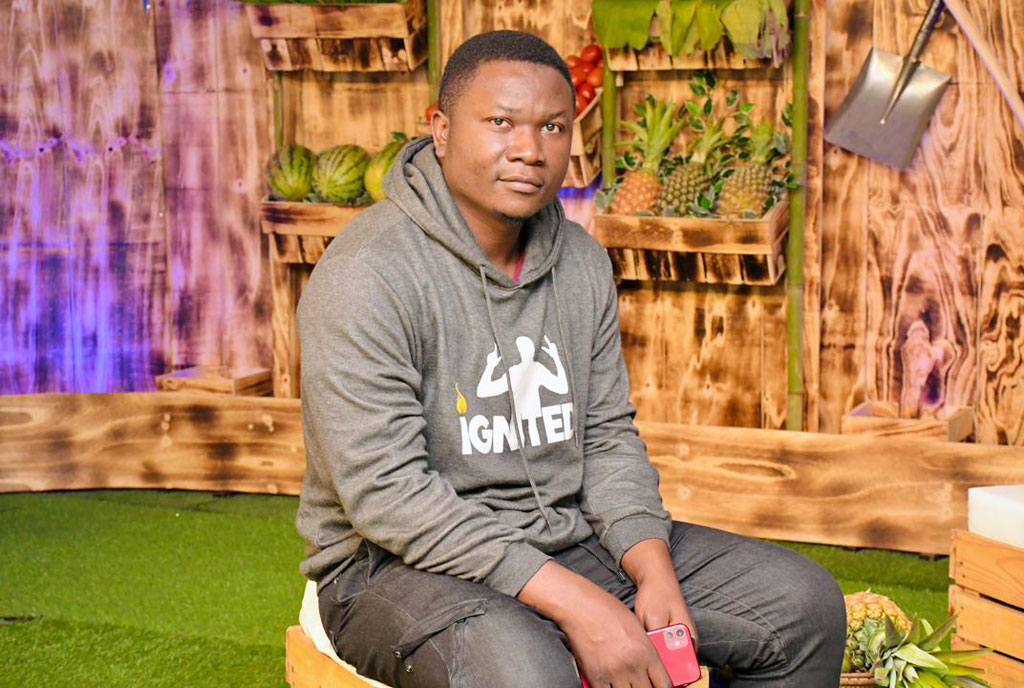 I make most of my living through the internet and at the time it was shut down, I was home going about my work as usual and trying to put up some notices on a client’s social media pages. Sadly, I wasn’t able to put up the content. It was all dark for a couple of days. The internet is such an integral part of every day that I live and it wasn’t hard to notice when it went off. The days of the shutdown have been some of the slowest for me. I was not able to do any work or watch any form of entertainment. I tried to find measures of how to get the internet back by calling a few friends who had some not so common Internet Service providers that seemed to have continued operating and it failed so I resorted to playing games on my phone. I also loaded SMS bundles to stay in touch with friends and families. The shutdown showed me how my entire career can disappear with just a flick of a button. All the years I have worked, all the experience I have garnered, just disappearing in one blow. This has given me thoughts of diversifying into other skills that are less prone to internet shutdowns, so I have started learning videography, shooting and editing.

However, I think the shutdown was a necessary evil. While it hurt the day to day life of many people, especially in urban areas, it might as well have saved us all from imminent election and post-election violence.

The internet helps make transmission of news super-fast. It doesn’t matter whether it’s fake news and propaganda or legitimate news. Election times are delicate times here some news can instigate violent riots. We all remember the role the internet played in the November riots where so many people died. 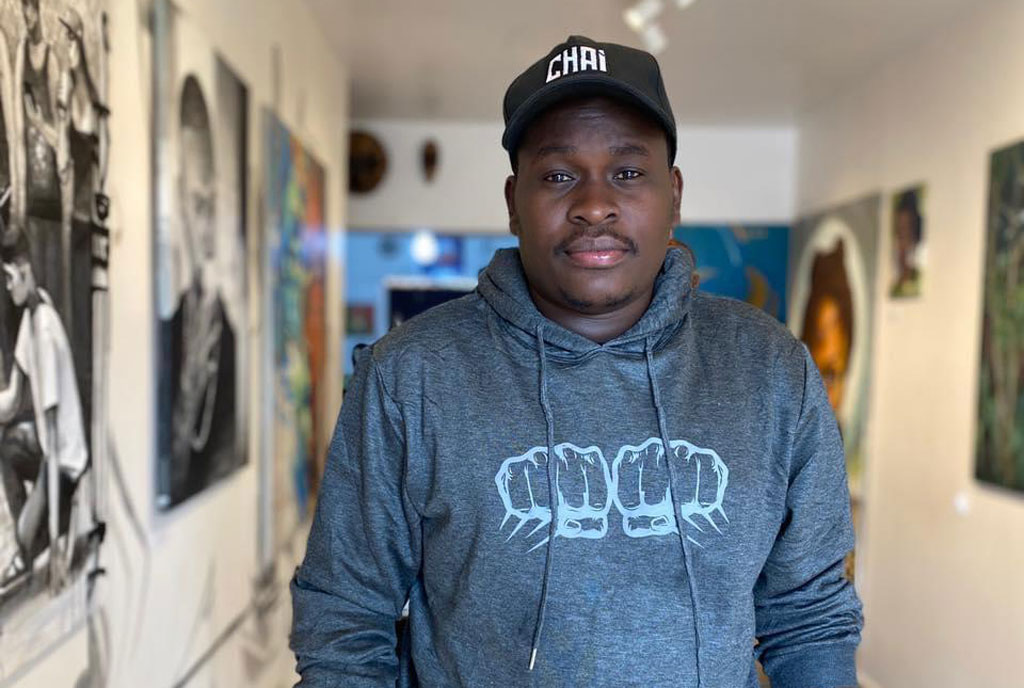 When the shutdown was effected, I was in the middle of my fact-checking work and ensuring that fake news doesn’t flourish online ahead of the polling day. At that time, there were multiple false claims spreading online about the elections and I was verifying these claims to put out the facts. There had been unconfirmed reports about an imminent shutdown, but it was hard to think of as the internet is such a critical service for many. However, we were all shocked to learn that we couldn’t do anything anymore. For a second, I froze. Lucky for me, my teammates in Nairobi and other parts of Africa learnt about this and immediately played a great role in debunking the misinformation that was circulating from Uganda. Not having internet for five days straight made me realise just how important and deeply-rooted internet is in our lives right now. We couldn’t do any online banking, communicate and for those whose work is predominately online, it was such a huge blow. The move was unnecessary and totally a blunder and a setback to the nation.

My general take is that the internet is an important aspect in our lives now and it shouldn’t ever be taken for granted. The move disrupted a free and fair electoral process and denied Ugandans the right to express themselves. It also affected a number of businesses and cost the country a lot of revenue. We should never as a nation descend to such dark times ever again if we are to secure our futures.