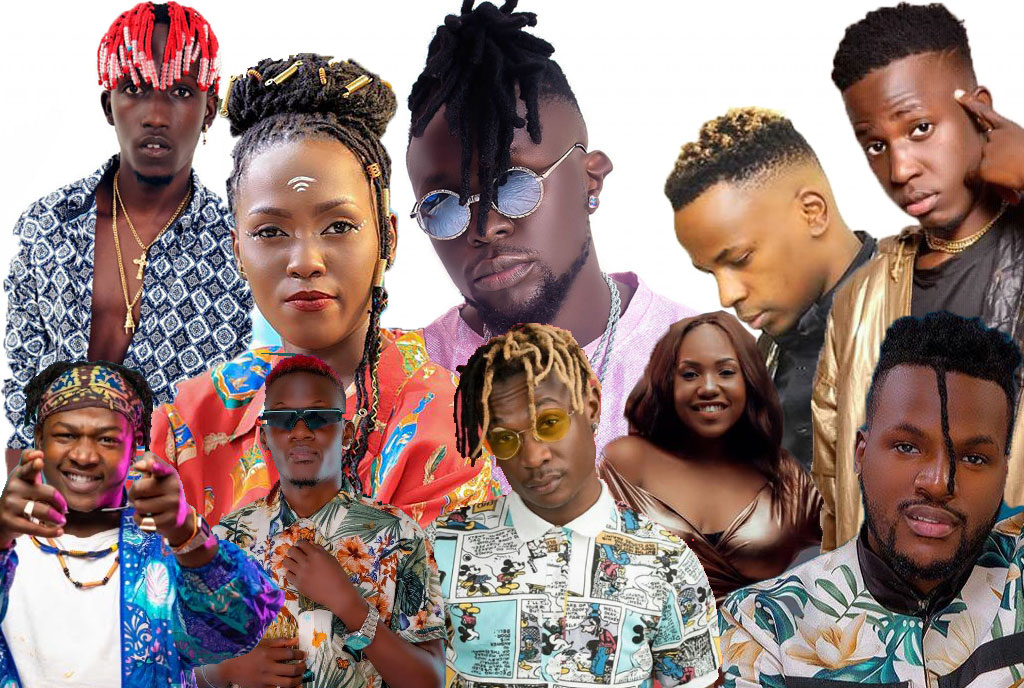 BREAKOUT: 2020 is going to be an unforgettable year for every sector because it was the year when business was unusual. Artistes, however, did not stop and managed to release hits during the season. As we welcome the new year, Isaac Ssejjombwe brings you artistes we expect to dominate the music industry. 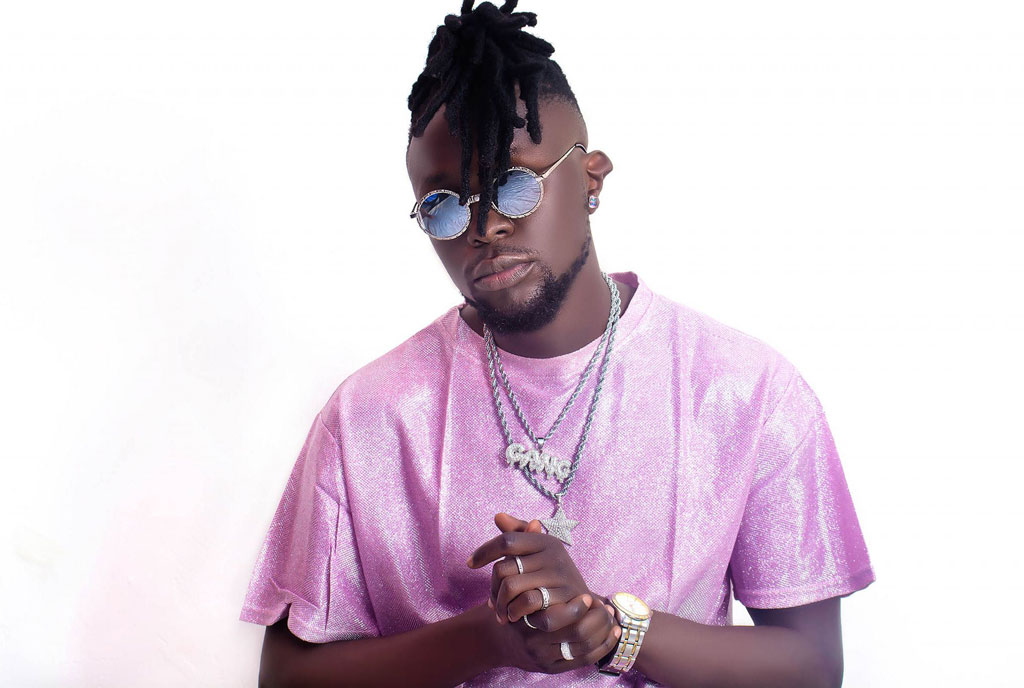 Listening to Dre Cali, you would think it is Mowzey Radio singing. Not that they have the same vocal range, but mostly because of the lyrical content in his songs. Some critics even came out to suggest Weasel must have given him some of the songs Radio left behind. This rumour was even made the rumours worse when Ykee Benda featured Weasel on his latest jam “Radio Man”.

We believe it is going to be a good year for him, only if he gets his identity together. We have since seen artistes use other people’s trademarks to penetrate the industry but fail to go far. People such as Denis Bitone has been said to be among those imitating Jose Chameleone while Opafambo has been imitating Ziza Bafana. 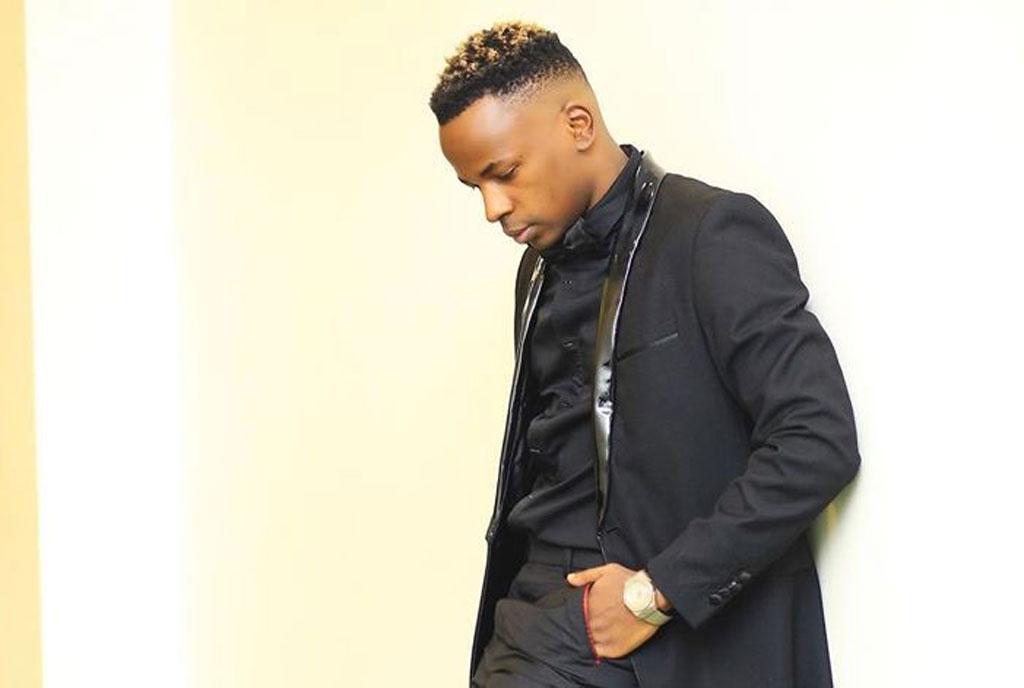 Herbert Kityamuweesi, better known as Crysto Panda, is an NTV T-Nation and Dance Party presenter. 2020 presented him an opportunity to join the music industry and boy did he cause a storm! From having some of the top charts this year, including “Kyolina Omanya”, “Bino” and “Tuli Mu Struggle” to being the biggest recipient of the Buzz Teeniez Awards 2020  – he won four accolades – Panda has stamped his foot on the music scene. With all this success in just a single year, he just has to keep focussed to make 2021 even be better. 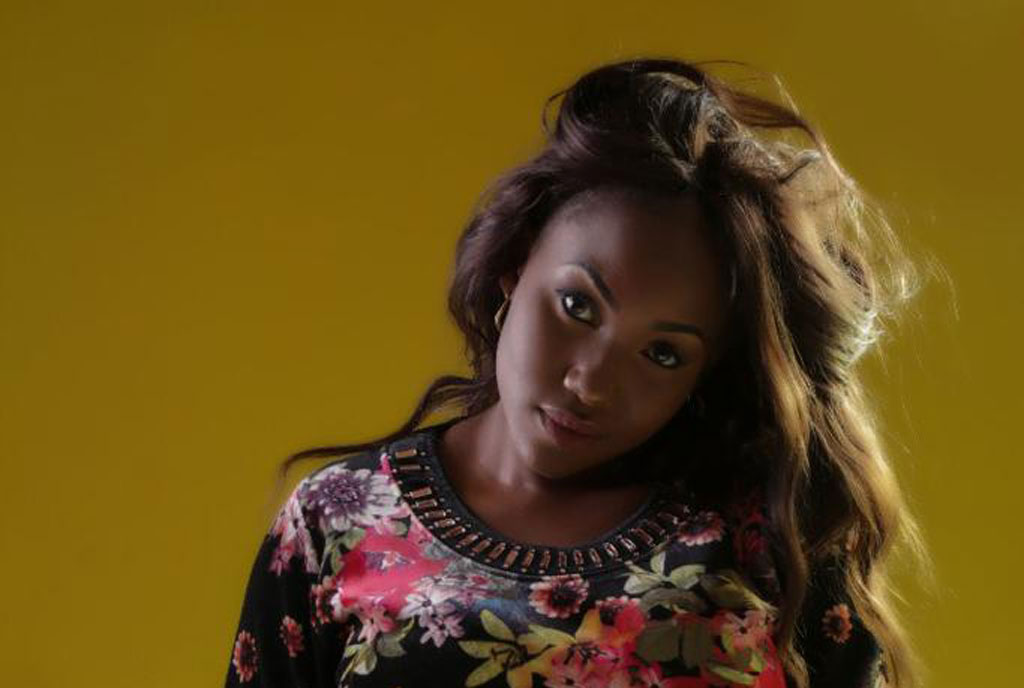 Born on September 24, 1994, Martha Mukisa is an Afropop, RnB and Reggae singer and songwriter . She has been in the music industry since 2009 and garnered positive reviews after her impressive performance during Blankets and Wine. The artiste got signed to Black Magic Entertainment last year after the label parted ways with John Blaq and she was able to release a couple of jams, including “Ssebo”, “Kikomando”, “Ex Wo” and “International Local”.

The Diploma in Textile designing and Technology graduate, from Kyambogo University, will be releasing her first EP titled ‘International Local’ which is expected to be a crossover album to the continent this year. 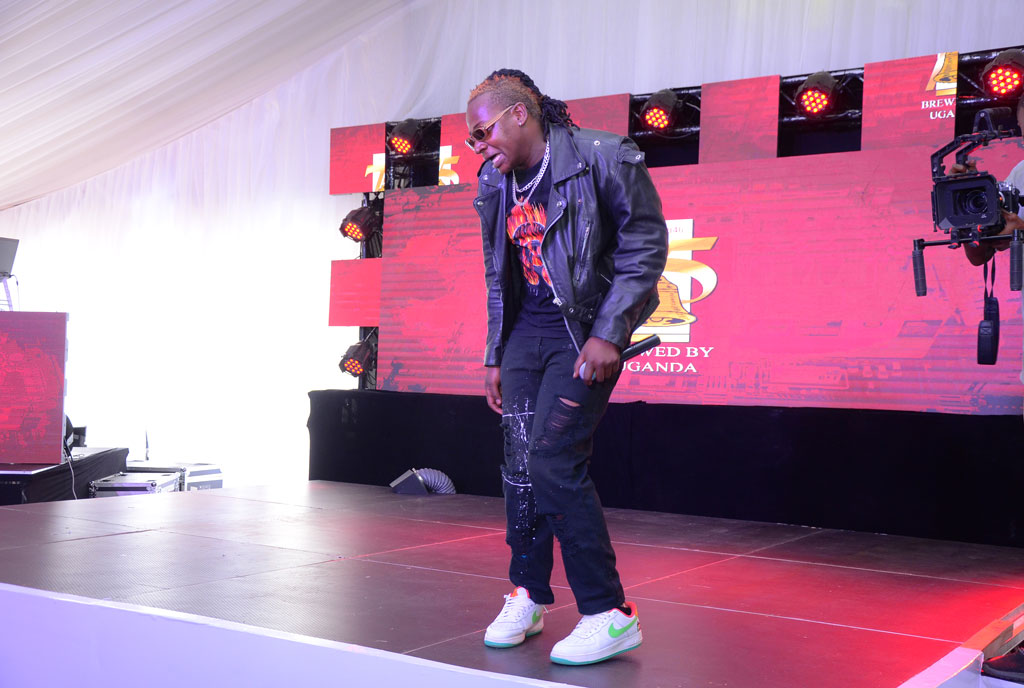 “Ratata” was a strong contender for 2020 Song of the Year.  Having come at a time when the country was in lockdown due to the Covid 19 pandemic,  Zex Bilangilangi, real name Tadeo Mayega, could only perform it on different TV shows and online events, not the big stages on which it belonged. Truth is, the song is bigger than the artiste.  Which means he needs an even bigger follow up song. So far, he has released other songs such as “Nalinda” and “Meketu Meketu” but they are yet to hit the heights of  “Ratata”.

This is the time to show us that he is not the one hit wonder people think he is. 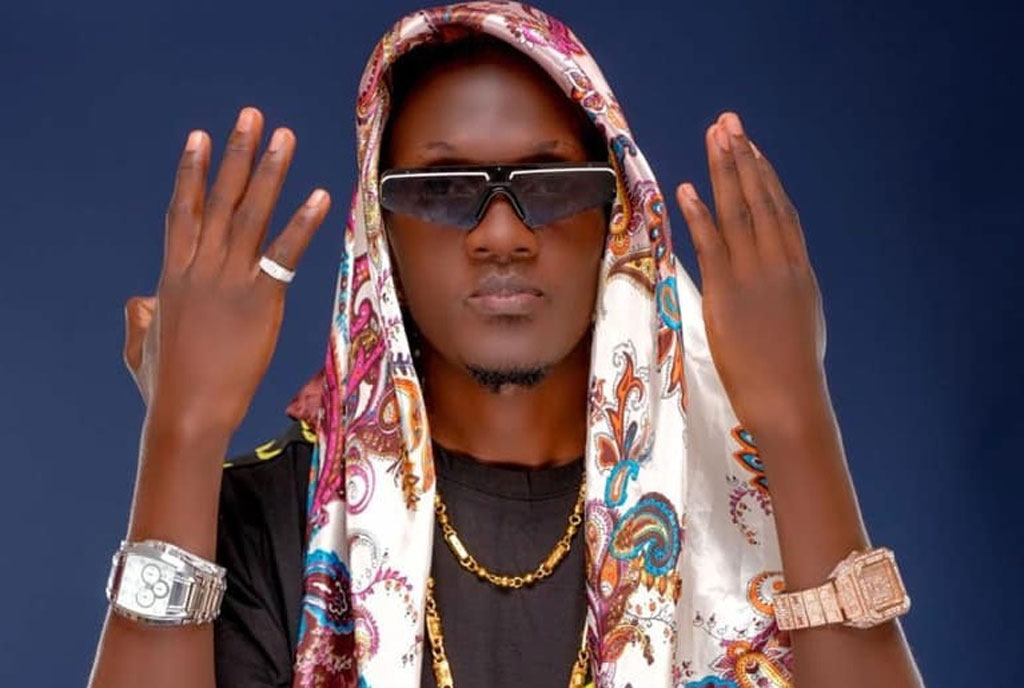 Mudra, real name Alfa Sebunya, is signed to Dream City Music Empire and before kickstarting his music career, he was behind most of Karole Kasita’s songs, including “Balance” and “Yaka” among others. He also wrote Karole Kasita and Cindy’s “Mwoto” and other songs by Cindy and Vinka, among other artistes.

A few months ago, Mudra gave up on songwriting. In fact, he said he will never be associated with the songs he wrote in the past. He embarked on a new journey of his own and now “Muyayu” is an earworm. The song has steadily become the city’s anthem and by the look of things, it will remain relevant even next year. Some of Mudra’s other songs include “Bar Love”, “Onzinya” and “Kimuli”. 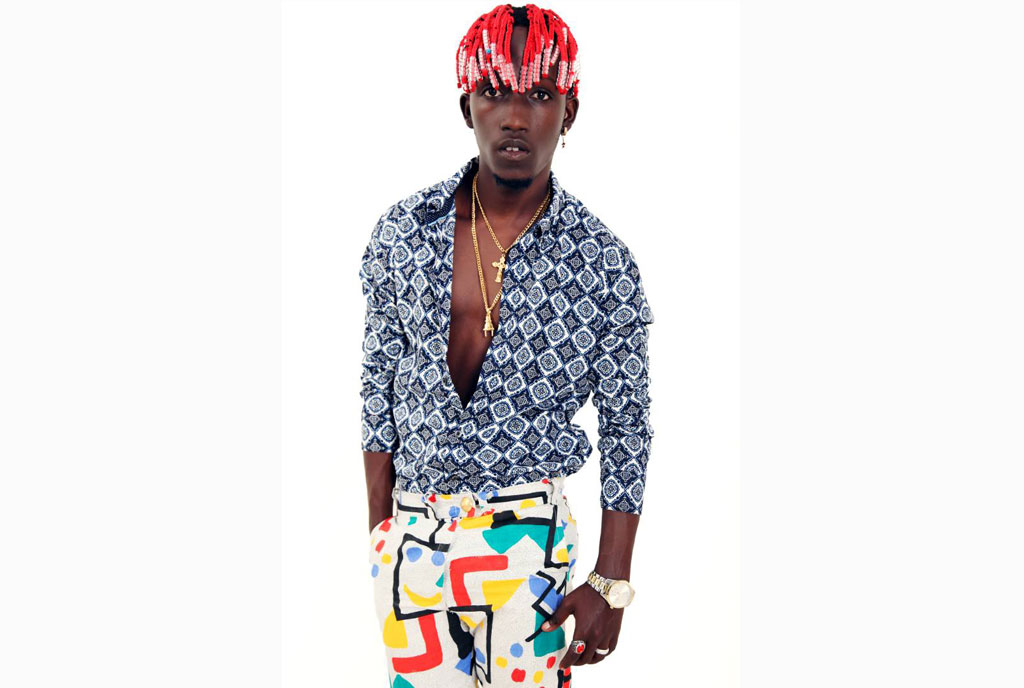 If it wasn’t for his “Tumbiza” song, 2020 might have gone just like the previous years for Eric Opoka. The artiste has been in the music industry for some years with previous songs such as “Kaluma”, “Kuki” and “Wyne fi mi” among others but 2020 will forever be memorable for him. It is the year when Eezzy’s “Tumbiza” song got the attention of not only Ugandans but also the Ministry of Health and Uganda Communications Commission. Actually, the Ministry of Health at one point contemplated banning the song because they said it was contradicting with set aside Covid-19 SOPs. The reaction from the public, however, forced the ministry and UCC to meet up with the artiste and ask him to remix the song to create awareness on Covid-19 without jeopardizing the artiste’s art. 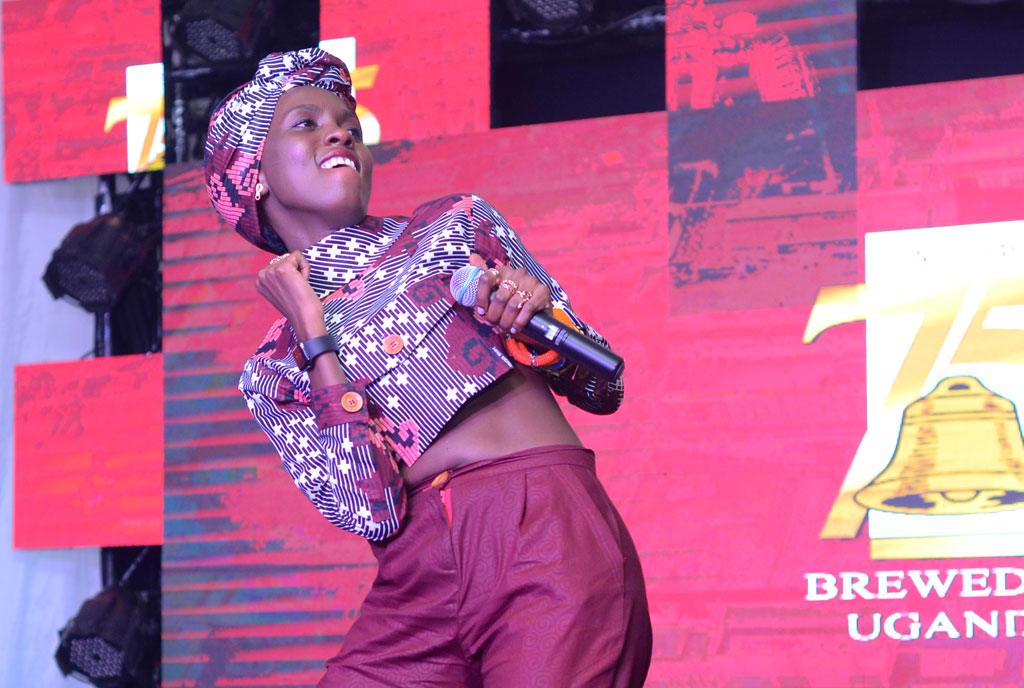 Priscilla Zawedde went to Swangz Avenue at the beginning of last  year to be paid for the songs she had sold to the record label. What she did not know was that she would instead end up being signed.

Zawedde, later to be known as Azawi, put pen to paper for a long term contract with Swangz Avenue, joining Winnie Nwagi and Vinka who are also part of the label. To kickstart her music career, Azawi released a five-track EP that was well embraced. Among songs on the EP were “Lo Fit”, “Quinamino” and “Repeat It”, all that went on to become club bangers.

Going by her performance at the EP release party and two Roast and Rhyme events, Azawi is definitely a talent to watch out for this year. 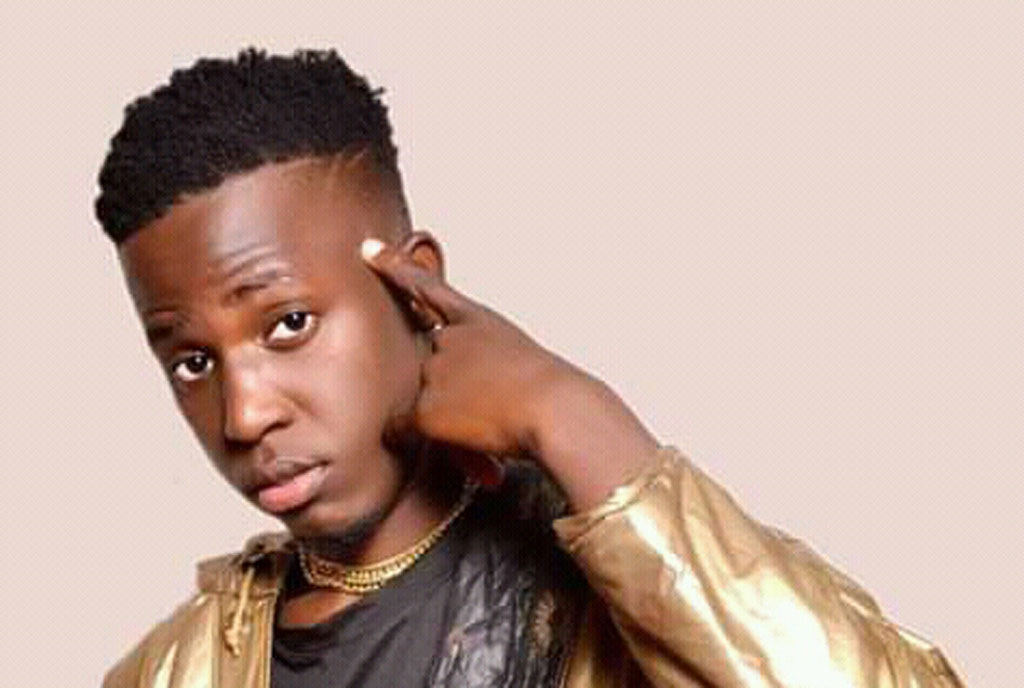 Victor Wajja, professionally known as Victor Ruz, is a Ugandan RnB, Afrobeat artiste and songwriter who recently released his first 16-track album. Much as he has had little impact in 2020, we believe that with focus, hard work and more songs, 2021 will surely be the year that he breaks through in the industry. He already has songs such as “Love Legend”, “Kako”, “Kikomando” and “Ndeese Love” for 2020. 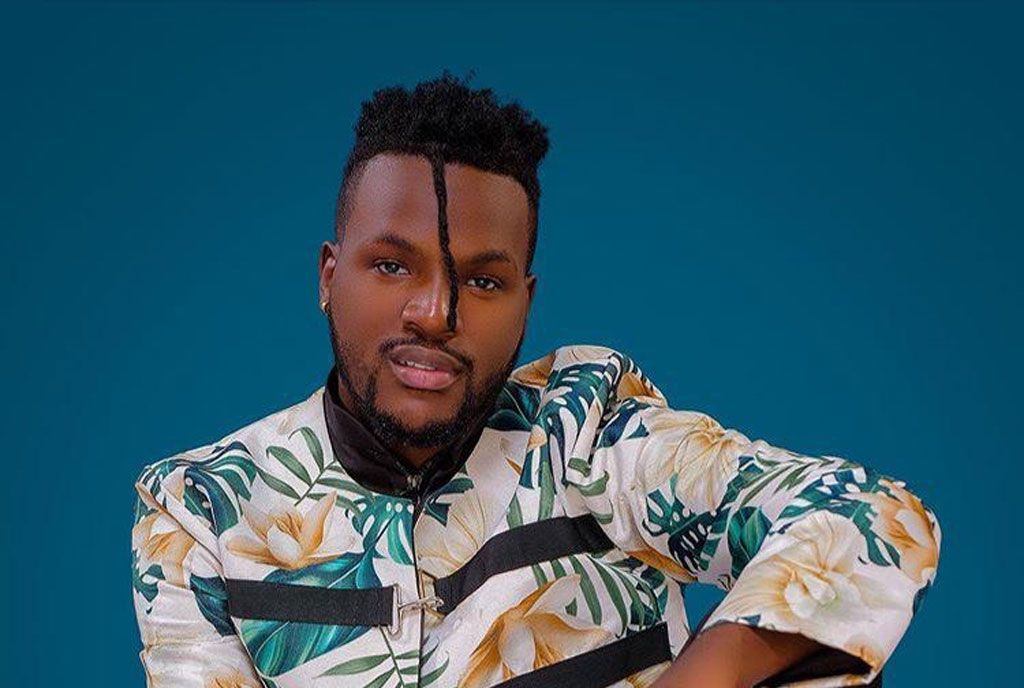 Sam Ssemwogerere, aka Zulitums, made his name through song production. He was the man behind songs such as “Sorry” by Pallaso, Young Mulo’s “Better than Them” and Maro’s “Kikoko” and “Xmas Song”, among others.

Zulitums made more headlines last year when he produced Cindy’s “Boom Party” and then “Anjagala” by Maro. Now with such success, one would think he would stick to music production but he had other ideas – he wanted to be at the front of things.

That opportunity presented itself last year when he went behind the microphone and tried his luck at singing and guess what, it worked. His first release, “Tabu” was well received and so was his second jam “Easy”.

He even had an album listening party that sold out during lockdown. We prophesy that this will be a good year for him. 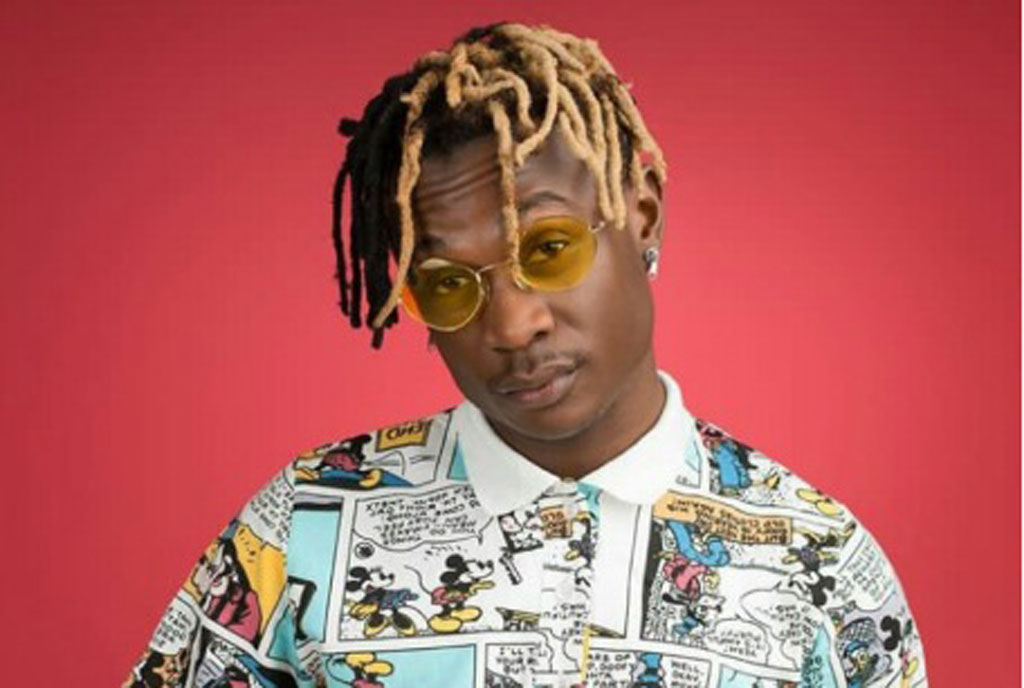 Fik Fameica’s music career has for the past few years deteriorated. This is after his much-anticipated 2018 concert got a handful of people in attendance. 2020, however, was not bad after all. He released a few songs, including “Binji” alongside Lydia Jazmine and then “Buligita”. These songs tried to keep him afloat. But after an endorsement from media powerhouse British Broadcasting Corporation (BBC), Shafik Walukagga might double his efforts and reclaim a seat in the industry.

The BBC named Fik among this year’s artistes to watch out for this year alongside other artistes from different African countries such as Eaine and Kabza De Small from South Africa, Gaz Mawete from DRC, KiDi from Ghana, Sha Sha from Zimbabwe, Soraia Ramos from Cape Verde, Tanzania’s Zuchu Tanzania as well as Nigeria’s Tems and Omah Lay.

“Fik Fameica is breaking divisions and connecting with many young people through his music and has already scored collaborations with well-known artistes from across Africa, including Patoranking, Vanessa Mdee, and Joeboy,” those are some of the reasons the artiste was credited for to make it to this list. Our eyes are on you Fik!