With a leap of faith, Caroline Kamya, a professional architect, decided to venture into filmmaking. With a camera in one hand and a computer in the other, she started to make films and scouted for great talents to work with. Her love for the camera has seen her produce award winning films. 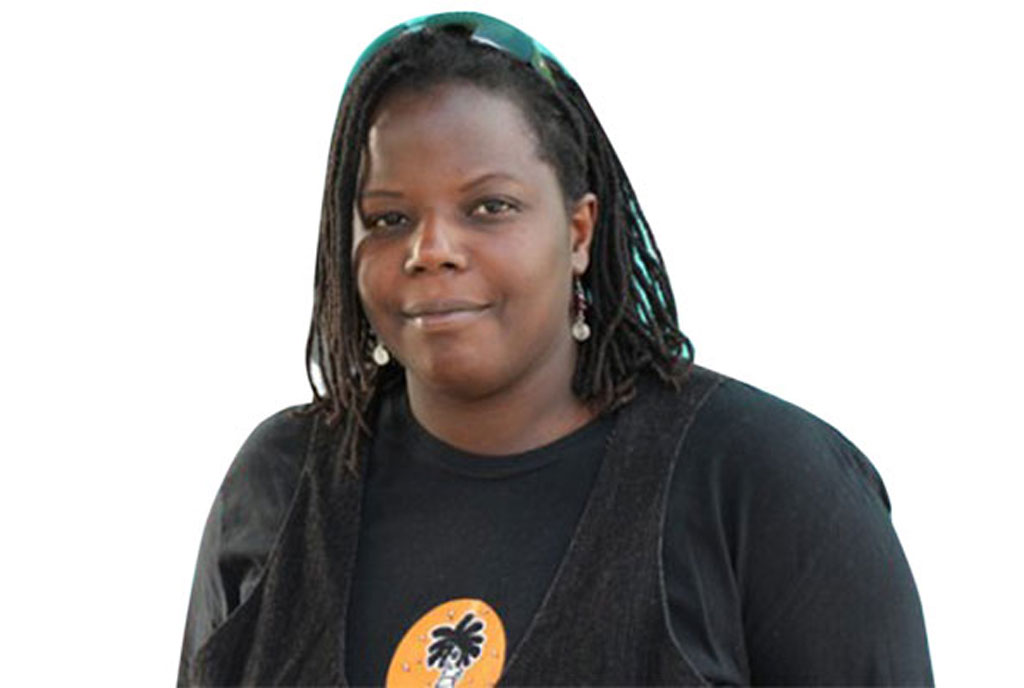 At a very young age, Caroline Kamya knew her parents wanted her to pursue further education in a field, where she could make a successful career, and she chose to go to the university to study Architecture and Urban Design at Bartlett School of Architecture in London.

After a three-year course, she realised her dreams were not aligned with architecture. She had a degree but architecture was not her calling.

“My joy and satisfaction came from telling stories through pictures. I envisioned myself as one of the best film directors of my generation,” she says.

During her years in a boarding school in the UK, she discovered a huge disparity and stereotypical statements about the African culture. Her peers then often made unpleasant comments and asked funny questions about life in Africa.

“I was confronted with doubt and disbelief.  When I showed my classmates the photo of our house back in Uganda, they did not believe in me. That is not your house. That is a hotel. People in Africa live in mud huts,” she recalls her early days in the UK.

It was this false image of Africa that inspired Kamya to work hard and change preconceived notions that the West had towards Africa and its culture.

At the age of 15, she took over from her father in taking videos of her family holidays and other events. Growing up, she had moments where she would pretend to be a journalist, conduct interview of her parents and siblings as if it was a talk-show.  “Perhaps, this is where my love for camera originated from,” she says.

From architecture to film school

Bearing in mind that she needed qualifications and experience in order to pursue a career in the film industry, she signed up for a master’s degree in Television Documentary at Goldsmiths College at the University of London.

During her college days, Kamya says it was not easy to access African content on TV, and this made her miss home and the diverse culture that she had been accustomed to as a child.

This cemented her love for film-making and strengthened her resolve. A few years after completing her course in film making, she struggled to find jobs due to racial adversity within the film industry. It is at this point that she decided to start her own company with the hope of making a breakthrough in the film industry. 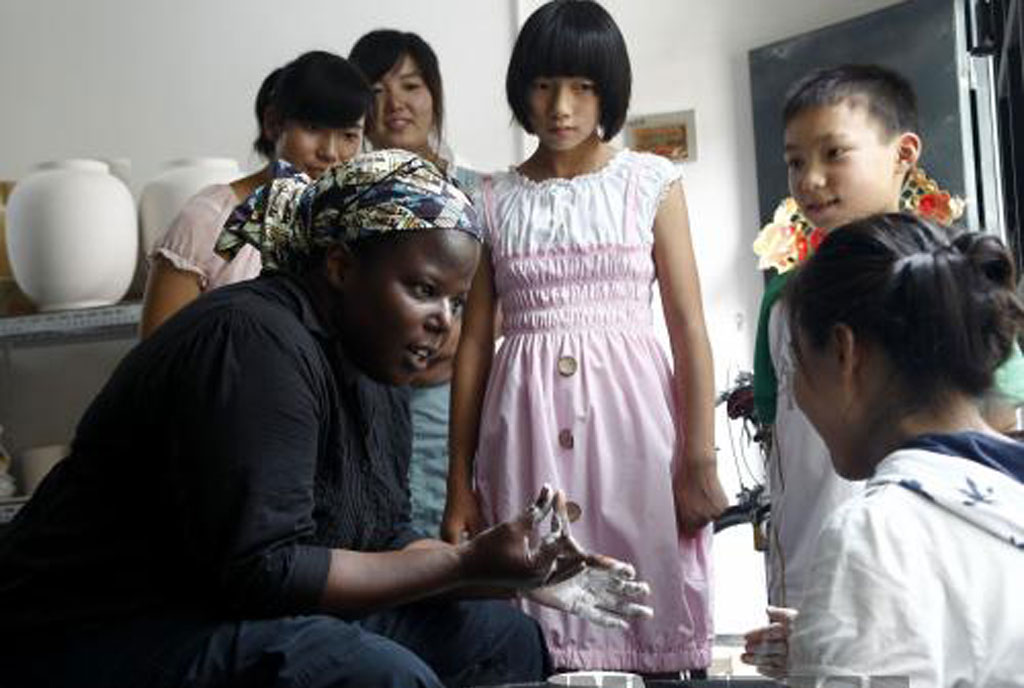 It was not long before she was offered a position at the BBC to do a magazine programme via an ethnic minority scheme that was aimed at increasing blacks behind the camera.

“I was mentored by the best in the film industry and this programme opened many doors for me. The only drawback with the BBC slot was stagnation in career progression. This frustrated me over time,” she says.

In 2004, during a conversation with her sister, who was doing her fieldwork in Uganda for her PhD in Social Anthropology, she hinted on an opportunity for Kamya back home.

With a leap of faith and a sister to rely on for support, she decided to relocate to Uganda to grow her film career. With a camera in one hand and a computer in the other, she started making films and scouting for great talents within the market.

“I found my niche when I returned home.  My mission was to showcase my rich cultural heritage. The years I spent in the UK, I was misunderstood and and I was often treated to unfair stereotypes. I wanted to change the status quo,” she says.

Imani was her first film project. Her story was to show people the truth about Uganda, not just the image of poor people living in mud huts that aid relief programmes often project. Kamya’s film featured diverse people, rich cultures, lifestyle, talented and skilled people in various disciplines, economic backgrounds and success stories. This is the story behind Imani.

Ten years after the release of Imani, Kamya still receives compliments about the exceptional work she did. This is one of the factors that drives her to do more. She is working towards the production of films that she believes will be even better than Imani. 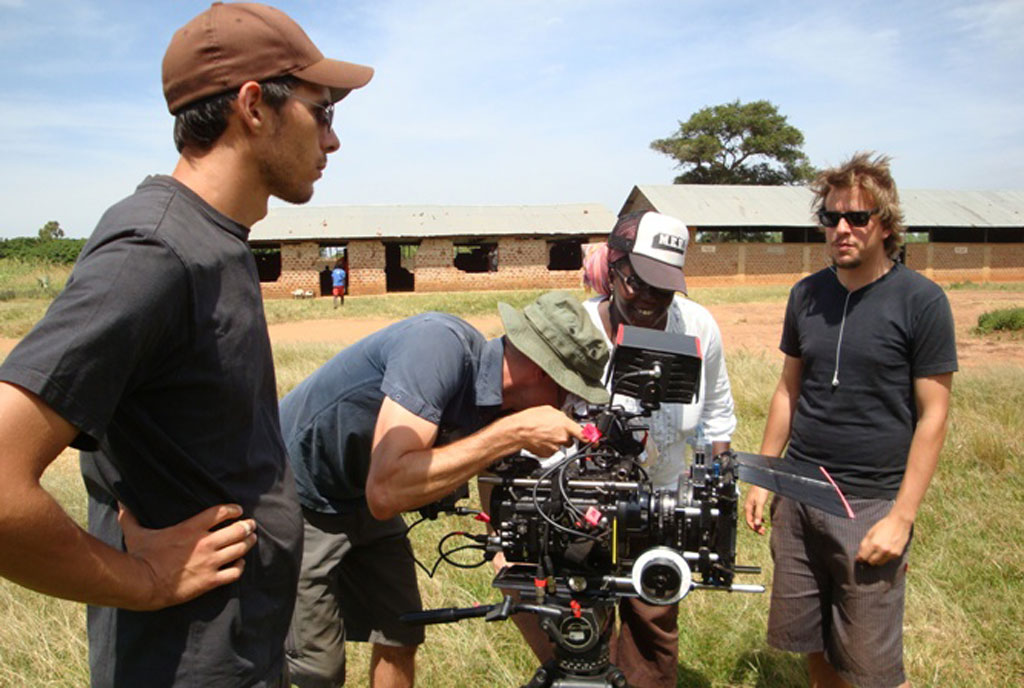 Imani is a Swahili word that means faith. Faith is a virtue that is required to overcome most challenges in life. The award-winning film tells a story of the lives of three characters from diverse backgrounds. Imani offers a refreshing look at Uganda post Idi Amin regime and post the days of anguish of the Lord’s Resistance Army.

A new chapter begins in “Olweny’s life, a 12-year-old former child soldier. As he starts his journey to his rural home after a few weeks of post-war rehabilitation, he is ready to return to his family that has not seen him for four years.

Imani is a visual feast of stunning worlds revealing the city of Kampala and the formerly war-torn Gulu city. It provides a unique perspective and features actress Rehema Nanfuka, actors Philp Buyi and Yusuf Kaija, among others.

Kamya is currently working on a project called Nativ, with the support of African Diaspora to support talented film makers in Africa. She says this will provide a platform for people who have skills and equipment to create great content without having to move far away from home.

With this platform, people across Africa can showcase their skills and talents for people around the world to see, without needlessly having to relocate and struggle to find work in areas where filming is more prevalent.

“When I think about the struggles I journeyed through and how much my life changed when I was given the opportunities, it motivates me to champion this cause.

Nativ is set to become one of the largest databases of African professionals, which non-government organisations and other international organisations can utilise to support talents.

“The film industry is growing but some talents remain underutilised. For example, Rehema Nanfuka, who played the maid in Imani is now one of the top filmmakers in Africa; a truly inspiring display of how access can help to open doors to people,” she says. While the film industry is dynamic with a lot of local content, there is a growing market that needs opportunities and the support of people within the industry to nurture and develop creatives.

“I am often asked what can be done to increase women in film industry. I believe mentorship is the game changer.  During my tenure at the BBC, I was mentored by Jane Mote, who was the brain behind the creation of BBC London – the joining of TV, radio, and online content in 2002. She believed in me and offered the career mentorship I needed to earn my place at the table in a highly male-dominated industry,” she says.

She urges experienced women to support and mentor others to develop the industry and serve as a bridge to harness the right partnerships.

Her mission is to expand the team through her work and charity. “Many creatives in Africa feel trapped and unable to optimise their potential because doing so means abandoning their marriages and going against the cultural norms. Developing spaces for growth for these talented youths is vital. There is so much to gain from this growth and this is what I am advocating for,” Kamya says.

Marian Wright Edelman, an American activist for children’s rights, once noted that:  “You can’t be what you can’t see”. This quote sums up why it is important to support and celebrate the African woman.

Kamya says film-making is an expensive venture, but her greatest hurdle was producing a film at a time when resources and talents where still minimal in Uganda.

Her feature film, IMANI that also opened at the Berlinale International Film Festival 2010 in German was nominated for “Best First Feature.

Her other film projects include Chips and Liver Girls” shot in Uganda and “Fire Fly” shot in China and commissioned by The Danish Film Institute and the Rotterdam International Film Festival. She also has a T.V documentary series, two fiction features and one feature documentary in the development stages.

She also won an award and funding from DOCUBOX at the Durban Film Market 2014 towards the feature documentary she worked on with her sister dubbed In Search of African Duende: The Uganda Flamenco Project.

Kamya has won more than 10 awards internationally and worked on television in London before setting up a production house in Kampala.

Kamya is on a mission to expand the team of talents through her work and charity. “Many creatives in Africa feel trapped and unable to optimise their potential because doing so means abandoning their marriages and going against the cultural norms. Developing spaces for growth for these talented youths is vital. There is so much to be gained from this growth and this is what I am advocating for,” Kamya says.  She believes mentorship is is a the game changer in bringing more women in film.

Born in Uganda in 1974, Caroline Kamya spent her formative years in Kenya. She was born to Peter Kamya, an architect and and Margaret Muganwa Kamya, a medical doctor. Kamya has won many awards internationally and  has set up a production house in Kampala