With the ongoing ban on porngraphy in Uganda, we can all agree that there has never been a time when pornographic materials and information been more accessible than now.

It’s nearly two years since government inaugurated the pornographic control committee to prevent the use or spread of pornographic materials and information.

However, web rankings show that Ugandans are consuming pornographic materials and information more than they consume news, government information, among other relevant materials.

The site is also ranked number four in India.

In Uganda, Google.com and Youtube.com are in first and second positions respectively, as the third position is graced by Facebook.com.

Yahoo.com and Wikipedia.org are in the fourth and fifth positions respectively.

Monitor.co.ug is the most popular local website currently sitting in position number seven.

This is followed by Researchgate.net and Ura.go.ug in that order. Twitter.com and Newvision.co.ug are ranked at 14th and 16th positions respectively.

When asked by this reporter whether the nine-member committee chaired by Dr Annette Kezaabu Kasimbazi is not working and how far they have gone, Ethics minister Simon Lokodo said the committee is active with some suspects already in court. A screenshot of the rankings

He attributed the high rate of pornographic consumption to moral degenerations.

Recently, the minister, without providing evidence, claimed that office workers spend much of their time downloading and watching pornography. “Pornography is now eroding Uganda’s human resource,” he said, “this will, in turn, hinder the achievement of our vision.”

Expectations from the pornographic control committee

Ensure early detection and prohibition of pornography, apprehend and prosecute perpetrators, collect and destroy pornographic materials and objects. The team will also promote the rehabilitation of individuals affected by pornography, among others. 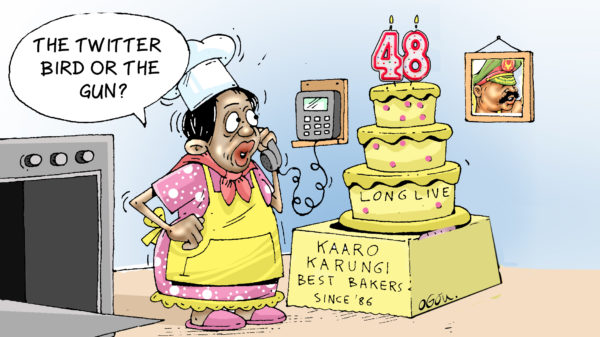