“Happy is the man who finds a true friend, and far happier is he who finds that true friend in his wife,” so goes a popular saying by the late Franz Schubert, an Austrian composer of the late Classical and early Romantic eras.

Frank Sinatra, a famous American singer, actor, and producer of the 1930s-50s in his musical drama ‘The Joker Is Wild’ said “A man doesn’t know what happiness is until he’s married. By then it’s too late.”

Perhaps it is not too late for the Rubaga North MP Moses Kasibante. Kasibante was Saturday introduced by his long time fiancé, Lydia Nattimba with whom they have four children.

Nattimba who has been with the MP for the last 16 years on Saturday introduced him to her parents at a pompous ceremony held at Kiteezi, Kawanda in Wakiso District.

Kasibante was flanked by fellow Members of Parliament; mostly from the Opposition, youth minister Florence Kiyingi, the Lord Mayor Erias Lukwago and the chair to Buganda Parliament caucus Muyanja Ssenyonga. Nattimba, who is seven years younger than the MP, is of Ffumbe clan while the 42-year-old former presenter at CBS radio comes from Mbogo clan. At least six tents were erected to shelter their guests.

Kasibante’s entourage had hundreds of people who escorted him.

By the time of filing this report, the function was still going on. In 2003, a year after they started living together, Kasibante joined elective politics against the wishes of his wife who had just given birth to their first daughter. She consulted her mother who dispelled her fears. After getting assurance from her mother, she blessed her husband’s political pursuit. 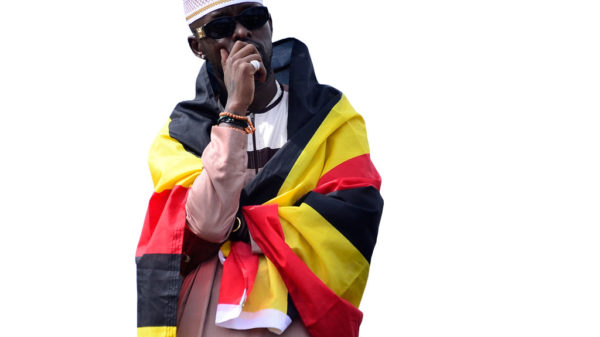 Las year, musician Eddy Kenzo made history as he became the second Ugandan to be nominated for the prestigious Grammy awards. Kenzo, real...