Qute Kaye holding teh headlight he allegedly stole from a car in Busega on Thursday. PHOTO BY ANDREW KYAMAGERO

Kampala Metropolitan Police spokesman Luke Owoyesigire yesterday said the singer had confessed to stealing a headlight from a car of an unsuspecting motorist in a supermarket parking yard in Kibumbiro Zone, Busega Parish, Wakiso District.

Mr Mukula, the Soroti Municipality MP who also doubles as the patron of Uganda Musicians Association says he’s doing what he can to secure Qute Kaye’s freedom.

“This young man with talent got desperate, unemployed and with no source of income in the city. As a patron of Uganda Musicians Association, I have instructed the chairman and others to secure his release. We will rehabilitate him,” Mr Mukula said in a tweet on Friday.

Qute Kaye was arrested yesterday and later detained at Nateete Police Station after he was allegedly found removing the headlight of the vehicle, registration number UBA 482K, said to be owned by Mr Jasper Musisi.

“We have preferred a charge of stealing from a motor vehicle against him. He will soon be taken to court,” Mr Owoyesigire said.

Theft is a minor offence that is bailable in lower courts.

A man is said to have seen the singer unscrewing the headlight in broad daylight and informed security. He was arrested by civilians and later handed over to the police. Who is Qute Kaye

Qute Kaye came to the limelight with a love song titled Ginkese.

He recorded more songs that won hearts of many Ugandans. But he suddenly vanished from the stage, only to re-emerge last year in Pastor Robert Kayanja’s Miracle Centre Cathedral, looking frail and shabby.

In the highly publicised programme dubbed 77 DOGS (77 days of glory), the teary Qute Kaye said he had stumbled in life and going to church was a turning point in his life.

He said he had given his life to Jesus Christ.

The next day, he reappeared in the same church in a suit and clean. Pastor Kayanja said they were going to help Qute Kaye reform. 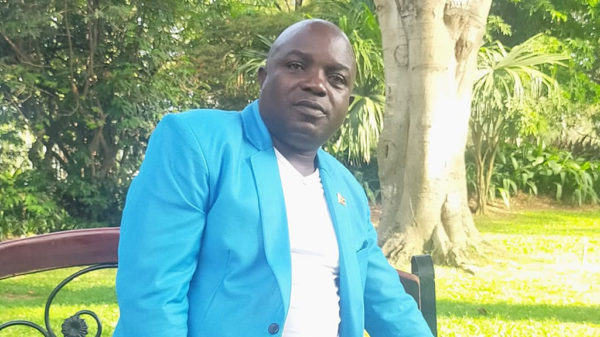