Uganda, the hotspot for breakdance

“The two-step is a common dance move to start you performance. It is like spinning. It’s about your creativity and how you move,” These are the words that Danish old school dancer SoonEnough, uses as he instructs break-dancers at Sharing Youth Hall, Nsambya. Ugandan dancers are excited as they take their places to follow this world-famous break-dancer-turned teacher. Some of these skills will be put to the test this weekend on 18 and 19 November 2017 at YMCA when Break-Fast Jam dance competition holds its 7th annual grand finale.
While many people know about rap and HipHop music, very few know the history of breakdance, which evolved during the late 70’s and 80’s in an American ghetto, the Bronx, New York. Breakdance was common in poor areas where youth would flex their moves on street corners – fun that was free.
“When HipHop began, the DJs started scratching and looping the dance track between lyrics. Those were the breaks, which then inspired people to begin breakdancing,” says Abramz Tekya, who founded Breakdance Project Uganda in 2007. Abramz attracted SoonEnough and many other international break-dancers to visit Uganda. Breakdance Project Uganda has been featured on CNN and in two award-winning American documentaries: Bouncing Cats and Shake the Dust. Ugandan break-dancers are regularly flown to Europe and America to represent the country’s unique style, and the socially conscious principles that underlie their art form. In addition to teaching breakdance, rap, beat boxing and graffiti, Breakdance Project Uganda uses its outposts across Uganda to help members pay school fees, connect them to other skill-building opportunities, and teach respectful communication and social responsibility, which is all part of a positive culture that is evident when dancers greet and compliment each other’s moves before and after they “battle” to win dance competitions. Abramz says that there are many tribes, languages, and communities in Uganda, but HipHop is used as a haven of shared culture and togetherness.
“In Europe, people are shy about joining the circle to dance,” explains SoonEnough, “but in Uganda everyone is eager to learn and showcase their moves. Ugandan dancers have a great spirit that is inspirational and unique. We have expensive dance studios in Denmark, but we lack Uganda’s energy!” Breakdance organisations from around the world have done cultural exchanges with Breakdance Project Uganda, and SoonEnough says that dance unites people from many cultures and backgrounds in one international community. American HipHop celebrities like Will I Am, Common, Nas, and many others from around the world have recognised Uganda as a hotspot for breakdance, which is exactly the vision of Break-Fast Jam, now in its 7th year, which was created by members of Breakdance Project Uganda to bring together dancers from across East Africa and the world to battle it out for the titles of best male, female and child dancer, among others. The event at YMCA costing Shs10k goes from 3pm to 9pm on Saturday and Sunday and will also feature live mural painting, rap and dance performances, and a chance to celebrate Ugandan talent. 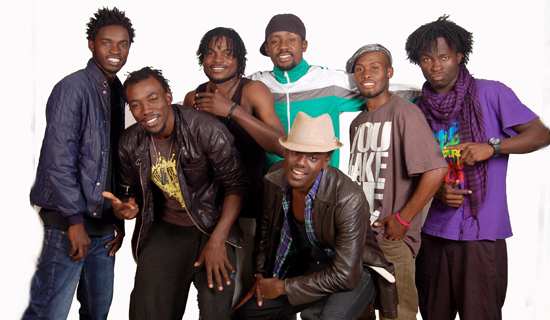 Tabu-Flo: Telling their stories through dance

These dancers have mastered the art of telling story telling with productions like Legend of a Night Dancer and their latest Kalabanda The Skeleton....