Flamboyant businessman and socialite Ivan Ssemwanga who was recently rushed to a South African hospital in critical condition has died.
Ssemwanga, the ex-husband to socialite and businesswoman Zari Hassan is said to have died this morning at Steve Biko Academic Hospital in Pretoria South Africa.

Ms Zari announced the death of the father of three of her kids on social media this morning. “God loves those that are special and that’s exactly who you were and I guess that’s why he wanted you to himself. You have touched and helped thousands, you did wonders and I remember you telling me “life is too short Zee let me live it to the fullest”, this very dark hour it makes sense why you always said those words to me. To your sons, you were a hero-some kind of superman. Anyone who has ever been in your presence knows what a charming person you were. You will be missed and remembered in so many ways. You were IVAN THE GREAT!” Ms Zari wrote.
It had been 11 days from the time Ssemwanga was admitted at the hospital and put on life support machines before his condition deteriorated yesterday morning. 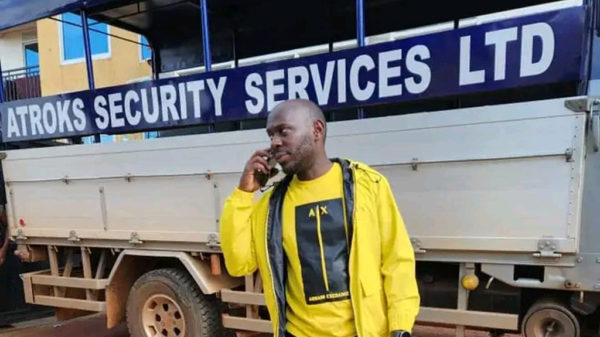 Businessman and socialite SK Mbuga has ventured into the private security services sector and his new baby is known as Atroks Security Services Limited....