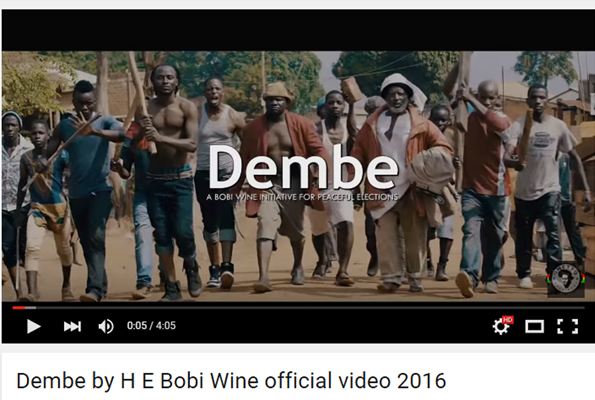 When you listen to this song for the first time, the odds that you will understand a thing are slim. All that a listener gets is the catchphrase bakuzala mu baala (Were you born in a bar?) Baala, a Luganda word for bar, is a collection of drunkard tales. Towards the end of 2015 this track claimed airwaves and one may call this Daxx Kartel’s break through song after his songs such as Ryombuka that also did well for him. The song kicks off with the chorus in which he warns listeners that his tales will expose them to how the bar is their origin and end. In the first verse he tells of receiving performance fees, which he took to the bar and forgot about his performance. He relays the bar brawls and also tells people how most of them get their ladies from the bar while intoxicated. In the second verse he speaks of a friend, a lawyer who resorted to the bar after losing his job and failing at other options in life. Generally, the song is comical. One thing for sure is listeners won’t forget Daxx has developed his musical style over three years. In the song he replaces letter L with R in his lyrics. The instrumentals are simple, with drums and xylophone making the base. The lyrics sync perfectly to make a danceable melody. After this hit, listeners should expect more from Daxx this year.