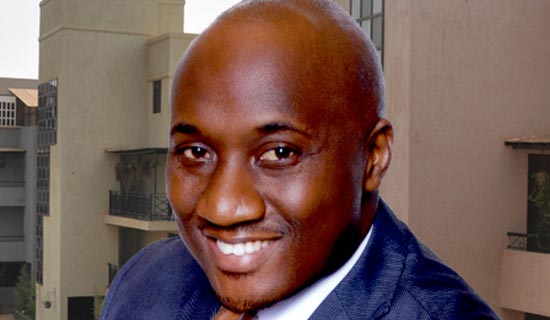 How reality TV turned around a young lawyer’s fortunes

And then came the stylists We get them valentines: Today is lovers’ day and unfortunately, our single celebrities do not have dates. Sqoop plays celebrity matchmaker.

Komuntale and Jjunju
Many are still wondering what Toro’s Princess, Ruth Nsemere Komuntale was doing with Christopher Thomas, a US national that reminds us of the film American Gangster. Their fairy tale marriage didn’t last a year and while they might not have finalised the divorce papers, Komuntale is single again. Traditionally, princes and princesses from different kingdoms used to unite in matrimony to forge relationships among the kongdoms. That reminds us that Buganda king, Kabaka Mutebi’s first born son Prince Jjunju is not yet married. What was Komuntale thinking, getting hooked to the America, when Jjunju was just a kingdom away?

Mwenda and Seanice
We are sure the baby of these two motor mouthed fellows would speak at birth. Journalist Andrew Mwenda has an opinion on anything under or above the sun and Sanyu FM presenter Seanice Kacungira will have a take on anything, from underwear to aeronautical engineering. The lives of these two would make a good script for the sequel to the movie The Great Debaters. We just hope they don’t starve themselves to death debating for days about which meal to prepare for dinner and who should prepare it. But good thing is even in the absence of food, they would feed off each other’s intellectual stimulation.

Gerald Karuhanga and Proscovia Alengot Oromait
Gerald Karuhanga, the Western Youth MP is a vocal youthful legislator and Proscovia Alengot Oromait is also a youthful legislator (a very quiet one though). We are sure if they got together, we would begin to hear a few motions moved by the 21-year-old, Osuk County MP, who is the youngest legislator in the country.  The biggest advantage these two young people have is proximity. They must have crossed each other’s paths in the Parliament corridors and it will just take a little courage from Karuhanga to move a motion to be in charge of her heart’s constituency. In a 2012 interview, Karuhanga said he would pop the question when he turned 30. He will make 32 in July, and we think it’s the right time for him to make the move.

Juliana Kanyomozi and David Obua
Now stop that King Lawrence talk. Both Juliana and the “Sangoma” said they were just friends … maybe friends with benefits. As far as we know, Juliana is single. From what we know, she loves bad boys. In comes David Obua, a bad boy who was even expelled from the Uganda Cranes for questioning the then Fufa President Lawrence Mulindwa. The former professional footballer whose last stint was with Hearts FC in Scotland needs someone to tame his partying and also bring him back into the limelight since we have not seen much of him after his professional career came to a halt. Juliana would be the woman for the job. Need we say that these two all grew up in Kamwokya?

Cindy and  Steve Jean
She broke the news that she was single again recently. Now we know many men fancy Cindy, but we think the man for her is producer Steve Jean. The Fenon Studios boss has not been linked to any woman and since his grey hairs will set in a few years from now, we think he should get hitched and Cindy is a perfect match for him.  Steve is known to be a perfectionist and neatness freak. Cindy started her career under his wing back in the day when he helped create and manage the group Blu*3. We are sure that having worked together for years, Cindy knows Steve Jean’s likes and his very many dislikes. Cindy allegedly broke up with her American lover Mario over the numerous girls that he just wouldn’t stop seeing. We all know girls won’t be in the picture as Steve is more into his machines. And then she can also get to record her songs free of charge at his studio.

Pastor Bugembe and Doreen Kabarebe
Even if oil and water do not mix, the Bible states that one day, the lion will lie with the lamb. Model Doreen Kabareebe is infamous for being skimpily dressed and Pastor Bugembe is known for his Gospel songs. Before you say that these two can’t be together, you have to know that Kabareebe has on several occasions sought the Lord, announcing that she is born again, before her next scandal. Pastor Bugembe would keep her closer to the Lord. Besides, the pastor has no problem fraternising with secular people. He performs at concerts of secular artistes like self-confessed weed smoker Ghetto President Bobi Wine. He says it is his duty to minister to the sinners and he has to reach them wherever they are. We guess he wouldn’t have a problem of bringing Kabareebe’s soul closer to himself  … and the Lord.