And then came the stylists A few years back, you could hardly survive on making wardrobe choices for celebrities, let alone anybody. But today, make-up artistes, and stylists are an ever-present feature on music video sets, movie sets and backstage at major shows. You will find them on the set making the costume decisions, taking the artiste and models through make-up routines, straightening a tie, or bra strap, readjusting an out-of-place hair piece, reapplying a pat of powder on the skin, looking busy, as they run up and down, to ensure perfection at the end of it all.
You may not have realised it, but the fashion industry in Uganda is growing. And with this growth, another branch,  make-up and styling has cropped up.

Women are more conscious about how they step out, and even go as far as employing the services of these two service providers, to look as crisp and as kempt as possible. But even male celebrities hire the services of these people.
In the midst of all this, the two industries are faced with a number of challenges, especially because of the low level of respect the industry commands from the public.

However, that has not stopped those leading the game in these fields from persisting, and being optimistic that they will finally make it and eventually steer their craft to greater heights.
We bring you some of the personalities that have managed to build both clientele and a name for themselves as make-up artistes and celebrity stylists.

The 24-year-old make-up artiste is the man behind the well-made-up looks of celebrities including Iryn Namubiru, Judith Heard, Jackie Chandiru, Sharon Salmon, Desire Luzinda and many more.

Zipper Atafo, as he is popularly known in the entertainment circles, says he picked the inspiration from his mother, who he says taught him the power of lipstick and glamour from an early age. With no formal training in the trade, the self-taught make-up artiste points out, that in the four years that he has spent in the trade, he has had to take on a few classes, and also carry out regular research, in order to be up-to-date.
Matovu points out that in order to stand out, in this kind of work, one would need to be very creative.

“The career of a make-up artiste is one filled with play and experimentation. What happens when we mix this colour with that colour? What happens if I move my contour line up just a bit?” he adds.  He says it’s key to build a clientele, and also have strong and lasting relationships with your existing clients.

Sylvia Kawalya
Having studied drama at the university, Kawalya ventured into the make-up world, in search of something that she could identify herself with. She majored in costume and make-up, and always handled the make-up routines, during acting sessions at the university.

She later worked as an intern in 2007, on a Dutch movie set here in Kampala, and it’s here that she met Navio, who appreciated her work, and later took her on as his personal make-up artiste. She hasn’t looked back since then. Over the years, she has worked her magic on not just celebrities but even the big shots in this country including the Nnabagereka of Buganda, plus the First Lady and her daughters. She has also worked with Radio and Weasel, Sylvia Owori, Keko, Santa Anzo and Sheila Gashumba, among others.
“The make-up industry is growing. In the beginning we were just a handful, but now there are so many make-up artistes, and many are doing professional work,” she says.

Kawalya adds that to be able to thrive in this trade, you need to possess the art of make-up application, have good work etiquette, maintain good relationships with your clients, and lastly, mind how you smell. “You are in people’s faces 24/7, so how you smell really matters,” she explains.

With a number of fashion theme nights to his name, Kim Kibirige, who is popularly known as Kim Swagga, has become a household name when it comes to fashion in this town.
It was the great choice of his own outfits that got him to become a stylist for many other individuals and celebrities. His clientele includes Jose Chameleone, for whom he is a personal stylist, Keko, Exodus, Pastor Franklin Mondo Mugisha and many others.
He states that although it was tough in the beginning, especially due to the low attention it drew from the crowd, the fashion industry is growing, and being followed steadily. “Fashion has its own following especially, the young people. Someone will see an item in an American music video, and before you know it, kids down in Kampala will be rocking that very item,” he adds.

He points out that it’s not just the celebrities that need the services of a stylist, but also TV personalities. Like he states, image is very important.
Kim Swagga is quick to point out, that aside from having the passion, one should also be ready for critics, and learn not to take offence, but rather learn from the criticism.

As one of the challenges, Kim is in agreement with his colleagues, pointing out that people want nice things but are not willing to stretch their budgets.
On whether one can survive off styling to earn a living, Kim says that as long as you strive to stand out, and do your job professionally, then it’s possible to survive off it.

Maggie Kiyingi
The former WBS TV Teens Club presenter is currently in her third year at Makerere University, pursuing a Bachelor of Statistics in Applied Economics.
Her breakthrough came three years ago, during her S.6 vacation.  Kiyingi was asked to model on a Pepsi billboard, and while on set, there was need for someone to do their make-up. She offered to do it, and from then on, she hasn’t looked back. She points out, that her love for make-up started from way back when she was still in school.  “I was like the only student that went to class with full make-up,” she says.

Her first “big” client was Chameleone, who she worked with on the Pepsi Moto Moto promotion. Currently, she is the make-up artiste for Leone island. Aside from these, she has also worked with Brian Ahumuza, Prosy Patra, Kim Swagga for his fashion nights and many others. Most of her work is on billboard commercials, with companies like MTN, Uganda Waragi, Fresh Cuts and others.
She points out that she picked her inspiration from Sylvia Kawalya, a popular make-up artiste.

On how possible it is to live off this trade, she say that it all depends on how professional you are.
“You need to be good at what you do. Invest in good and quality make-up, that will make your clients satisfied and help you grow your clientele,” she concludes.

Abryanz
Popularly known for his men’s clothing stores, the proprietor of the Abraynz Collection is the man behind many of the TV personality wardrobe choices.
Real names Brian Ahumuza, the fashion maven, who credits his mother for his passion, is a personal stylist to the likes of Calvin of UBC, Mosha Danze of Urban TV, Douglas Lwanga of NTV and many others. Ahumuza points out, that to be a successful stylist, you need a source of clothing. “You need a clothing store. That way, it becomes easy for your clients to access the clothes,” he says. He adds that one also needs to create an identity for themselves, for the sake of providing something different for clients.

Ahumuza points out that people are yet to begin respecting the stylist industry.
“Many people don’t take us seriously. Even with the big companies, they don’t see the need to pay for our services, and many times the styling and wardrobe is not budgeted for, especially when it comes to the advertising,” he adds.
He also states that even with the artistes, that need this service, very few are willing to pay for the service.

He is, however, optimistic, that the industry will grow eventually, particularly now that there are fashion award shows taking root.

Kassie Batte
Two years ago, Batte arrived in Kampala from the UK to attend a friend’s wedding. However, her passion for fashion got her to stay, and she has steadily grown to be one of the leading trend setters in this town. Her store, Posh by KC, is a stopover for the town’s leading fashionistas.

KC, as she is popularly known  says that when she got down here in Kampala, many people loved her clothes and how she dressed, and many times, they would enlist her services to dress them. That’s how she ended up in the trade. After some time, she decided to set up a clothing store, mainly so as to meet the great demand for her clients.
Over the years, Batte has used her styling skills to dress up celebrities like Atlas, Eddie Kenzo, Sheila Gashumba, Kuklee from the UK, and so many others.

She points out, that for one to make it in this trade; they need to first and foremost have a natural passion for fashion. “You are going to need to be updated on the latest trend, what is on demand,” she says.

She quickly points out though, that this line of work comes with its own challenges among them being the lack of professionalism here in Uganda.
“It’s actually funny how many broadcastings station here don’t even have a styling and wardrobe section. At the end of the day, presenters are forced to find their own outfits, yet this is the work of the company,” she adds.
She further states that the industry is growing, and very soon, people will begin to see the need for having stylists, especially with companies and individuals for whom image is very important.

Charges?
Flexible: The charges for these make-up routines vary, depending on how big the project is. According to Atafo, a casual package could cost you between Shs70,000 and Shs120, 000. On the other hand, make-up done for videos varies depending on the time, location of the set and the number of people to work on. This roughly costs Shs600, 000.
The weddings: All brides want to look good and this means more work for professional make-up artistes. Make-up routines for weddings and kwanjulas will cost you around Shs500,000, depending on how big your entourage is. 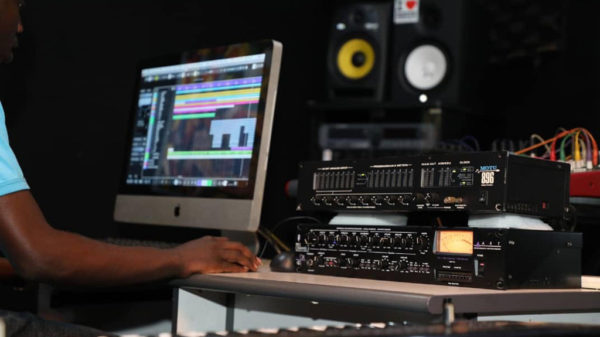 The cost of making a song

The Making: Before it became a global hit or the that gives you goosebumps, or brings out the party animal in you, or one... 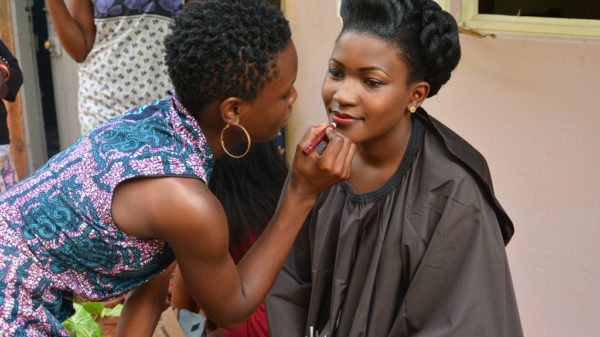 MAKE UP: Make up business is slowly becoming a big thing in Kampala but like any business, it takes passion and dedication to stick...

UCU When you talk to someone in Mukono and they mention that they are in Wandegeya, it might get you confused. Wait a minute,...