Singing preacher, Pastor Wilson Bugembe has been criticised for gracing secular events by other pastors. He tells Edgar R. Batte, why he is not about to stop the habit.

How would you describe yourself?
My name is Wilson Bugembe, pastor at Light the World Church.

What have you been up to of late?
We have been trying to negotiate with our church neighbours to see if we can buy their land to expand our church parking space.

Why do you want to expand?
Because the Lord has blessed the church, and the parking lot is no longer enough.

Light of the World church is already a big project. How much have you sunk into it so far?
I do not have an idea. The money we use is from donations that generous people give us, so you cannot count.

Have you ever had a full house?
Every Sunday we have a full house, in all the three services.

You are launching an album titled Mpangira Akawala Ako, tell us about the song…
That song caught me by surprise. I did not plan on recording it. There was this young man called Titus who prays from my church, he used to always tell me to go and check out his studio that he had set up. So I went. It is a very humble studio. While I was there, there was this line going through my mind. (Sings first line of Mpangira Akawala Ako).After doing three quarters of the song, it sounded like a nice song so we decided to complete. What I was singing was something that was in my heart.

What inspired the song?
I was thinking about people like pastors, bishops or preachers, that are blessed with good stuff, but they don’t talk about Jesus dying for us and telling sinners to come back and repent. Some of them are just raising money or building their own “kingdoms”. It is like Jesus came to give them only wealth and we forget that He also came to save us.

The idea of the song, came up as I was chatting with my friends, about a girl who was at Stella Maris School back in the day, who I wanted to be my girlfriend and a friend of mine opted to approach her for me. I kept giving him sweets but later on I realised that this guy never even told her anything about me. I used this analogy in the song.

Now that you’re a popular music preacher with many followers, would you still send someone to “line” for you a girl?
No, don’t make it a secular song. It is a gospel song, but I wanted to package it rightly so that they can play it even in the clubs. I wanted to keep it interesting so that someone doesn’t switch it off. For example if he is driving and it comes on, the person can enjoy it and before he knows it I am asking olokoka di (when will you saved?).

How have you dealt with the criticism from fellow pastors like Bishop David Kiganda that you should not perform in clubs and on stages where secular music is performed?
May be he thought I was going astray, or that I was taking children that had seen the light back to that world. I see sense in his points. But his criticism came in a time I felt that people and media channels only played gospel music on Sunday and not any other day, which I wanted to change. Opportunities presented themselves when I was invited to sing in secular concerts. For me, it was an opportunity to shout for Jesus, to take the light to the world.

That’s why I did not respond to his criticism. He had his points and I also had mine. Plus, I love these guys so much (celebrities), and I want them to turn to the Lord. That is why we have celebrity Sunday at my church, where I invite them to pray with us. And the Bible says “How will they come to me unless someone goes to them?”

You sing so well about this girl in Mpangira Akawala Ako, do you have a girlfriend?
Yes I do.

Oh great, what is her name?
I will not tell you her name until the time is right.

When will this time be? There was talk of wedding bells …
I thought it would be this year, but things did not work out as planned. My hope is that the wedding will take place next year.

If issues don’t go as planned, we are sure there are many girls that like a young singing pastor like you, so you can pick any of them …
Yeah, they are many, but I am contented. I have made up my mind.

They say every man is a cheat, are you?
I think when you are a Christian, you are not perfect, but you try to be like Christ, so that you don’t go to hell.

What is that one thing that you have done and regretted?
Most of my regrets no longer make sense…(thinks hard). I would say when I had an opportunity to tell big people like the President and others about Jesus and I feared. I pretended like I did not want to be embarrassed. 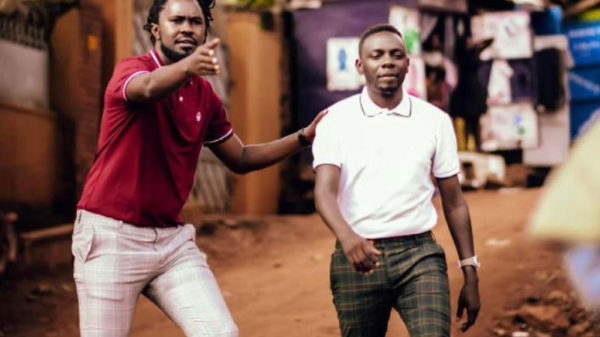 Gospel singers Pastor Wilson Bugembe and Coopy Bly have teamed up on a new song. In ‘Tujja Kuwoona’ (loosely from Luganda to mean ‘We... 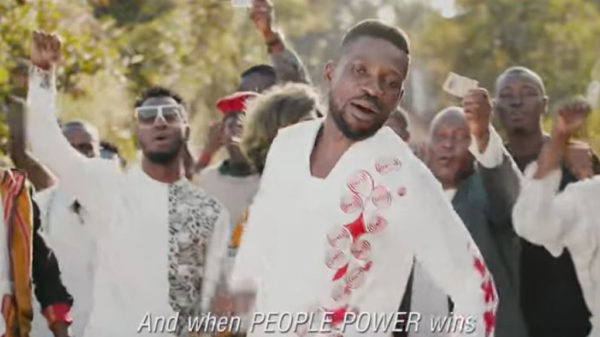 Ugandan pop star Bobi Wine has emphasized the need for unity in purpose in the new year 2019 and more commitment to the... 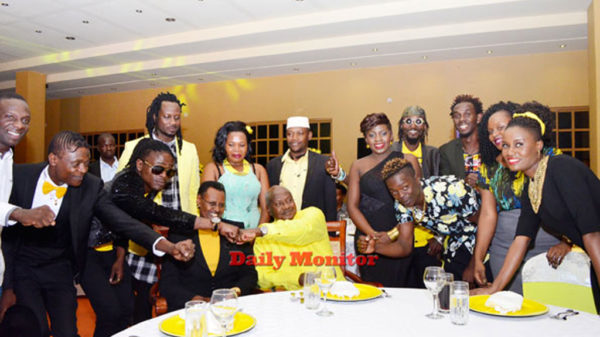 How Ugandan artistes have sold their souls to politics

Music is a powerful tool. It has been used in countries such as South Africa to bring to an end oppression. Music icons Lucky...