How to be a campuser 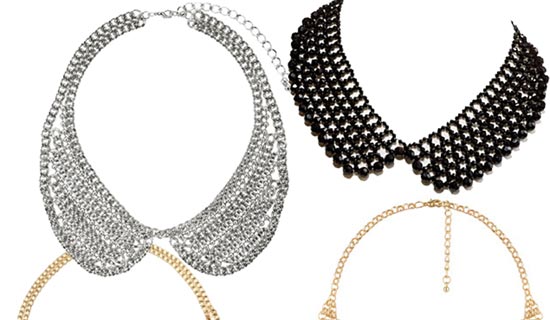 Nights out having fun are very much part of the time table for campusers. PHOTO BY EDDIE CHICCO

FRESHERS’ GUIDE. Save for Makerere, whose opening has been delayed by the lecturers’ strike, freshers have started joining different universities where they were enrolled. Ian Ortega gives you a guide to fitting in on campus that you must only follow at your own peril!

This is the first and only educational article that Sqoop is releasing to help those Form Six leavers fit into the campus life and find it all easy. Campus is meant to be easy, in fact these tips can work even for the great people like Seya Ssebagala in case they want to have that campus swag.

1. As a campuser, keep bragging. Just speak of anything nonsensical. Be the know-it-all person. Talk of how you’ve been to Cayenne, how you hate the service at Guvnor. Brag about of how you are tired of taking those high class wines and spirits.  Occasionally, borrow a car, turn up on campus with it, and make sure everyone realises that you are the one driving even if it means ramming into a tree.

When the girls notice you doing this, they will flock to you in large numbers (talk of stealth attraction). Afterwards, invite a few lucky ones to your hostel, borrow some money from a roommate and ask them to give you some room. Satisfy the girl with all sorts of eats and drinks.  Try to make her feel at home.

Just like my friend Kats does, he always tells them, “Becky, please feel at home by doing my laundry.” Anyway back to the real point, get that one girl, and show her all the monetary love. After she leaves having emptied your pockets, rush to Mustafa’s Kikomando stall and order two of them, console yourself with these plus some water borrowed from the nearby room.

2. In case you are a girl and some loaded guy invites you out on a date, kindly follow these few directions. Buy around three chappatis, make that instant millet porridge and lay a great foundation in your stomach.  At the date, just order those foods with awkward names, you know most sugar daddies are so vintage cognitively, just play with your fork and afterwards let him know that you are done.  Yes, we understand you may be from Kiboga like most Kyambogo students are, (but cover up on this), but at least you can brag about being Ortega’s friend on Facebook.  The bottom line is, eat a chappati (concrete for the stomach) before any date such that you don’t show your greedy skills while at the date.

3. Now this applies mainly for the MUK students. To be a MUK campuser, kindly buy every hand-out that the lecturer leaves behind. Just keep piling them. Every night, look at and keep admiring them, give those hand-outs that look that says “Education is not everything.” Buy every hand-out even those of the year ahead of you and those of other colleges and faculties. When the day of the exam arrives, only concentrate on the first two hand-outs-the ones that introduce the course-unit.

Get near some evening lectures guys (they always have some sure-spotting instincts). Get into the paper and write nothing for the first two hours. When the invigilator talks of 30 minutes to go, begin scribbling every funny answer that comes to your head, you can write things like “Sqoop is the best thing that has ever happened to the entertainment industry.”   Just write and write and make sure everyone notices. When the results are released, swallow your pride and do that retake.

4. Now this trick is common in Mary Stuart and in Mbarara University girls.  Stock up egg trays but only buy one tray full of eggs. And when you break the egg shells, don’t throw them away, put them in those empty trays and any guy who turns up will be impressed by the numerous trays of eggs you have in your room.

5. In case you want to pull it off as a Mubs student, you need to master a few things. Befriend hundreds of fellow girls in MUK, do what we call the circular flow of clothes. You buy a new dress, wear it for one week, take it to your friend in MUK and get the new ones she has just bought. This way, everyone will think you are actually dating someone like me (yeah the person writing this). And rumours will begin going around, “That girl’s family is swimming in dimes.” Kumbe wapi, just calculated strategies.

6. In case you want to be a Kyambogo, Busiteema or Gulu campuser, kindly don’t stress a lot. Wake up every morning and dress up in any attire that you set your eyes on in the first place.  Walk in this way that shows a ‘bakoowu’ nature. And kindly trim down that English. Mix it with a few Eddy Kenzo, Diamond Oscar and Big Eye lyrics. For example as a rejection line for that guy trying to vibe you, tell him, “I’m olwede bukuuti.”  In case you want to be a UCU student, buy a Bible, memorise a few verses and pretend to be philosophical in thinking.

Come up with a fake philosophy. Something like, in this world, there are two things-the knowns and the unknowns. This means that we can have the known unknowns, the unknown knowns, the known knowns and the unknown unknowns. Go to Mukono town and make sure everyone hears the song playing in your earphone. In case you are in groups, keep talking about Mass Communication and Law (okay they are the only courses you ever hear them talking about).

7. On the seventh day, God rested. So the last tip has all that one needs to be a campuser. When at KIU, learn some Swahili, it will come in handy especially when a hot Kenyan girl needs some help.  And to really be that KIU campuser, buy a few skinnies, it is preferable if they come in colours of yellow, red, blue and pink. Walk in them and let no one notice your discomfort. Buy a few beer bottles and put them on the table in your room. Don’t bother about revising, passing is automatic. Okay I know less about Nkumba, I actually used to think that the zoo had relocated to that spot.

To be a Nkumba campuser, just be anonymous, let the aura of mysteriousness surround you and when graduation appears, break the news to your dad: “Ahhh we the first class students will graduate in 2016 when Museveni leaves.” At least this is better than telling him that you gambled the money to see whether there is a notable Nkumba alumni.

My friend, with those tips in your basket, rest assured you will be that campuser without any unanswered question. In fact, it will be possible to just smell you from a far and confirm that you are a campuser. If you truly follow these steps, don’t blame me when you end up at Nasser University (not Nasser Ssebagala you negative thinkers).

Makerere
Coolness: Being super close to the city is what makes MUK stand out and gives the students class. It’s awesome talking about halls that ring a bell to the public since most people are former students, halls with the famous Gongom and Gongomess. It’s so cool you can easily stagger back to your hostel after a night of partying at the famous joints in the city.
Academics: Here, we have a mélange of students-the very bright, the average ones, the academic gamblers and the downright dummies who look like they just stumbled onto the degree course. The university was named the fourth best in Africa.
Facilities: It has the CIT complex which is believed to be the best computing facility in Africa having partnerships with Microsoft. And the halls and hostels are okay.
Religious Factor: If Jesus were to come back today, of course, MUK students would have a direct flight to hell. They open their Facebook accounts more than their Bibles.
Striking Factor: We don’t strike at MUK, we loot.  When MUK students run broke, they can strike over anything like lecturers failing to give them their retakes.
After University:  When at MUK, jobs are about technical know-who, graduates here write more job applications, and always have three more years on the streets. They graduate with a bachelor in partying.

UCU
Coolness Factor: It’s only in UCU where students are super religious at day and Bad blacks at night. And you still get to be treated like a secondary school student and study the Old and New Testaments as course units in one’s first year which is not cool at all. Their first year halls are better referred to as dorms when it comes to stringent rules.
Academics: Degrees earned from UCU are authentic, you either earn it or it earns you, but they are not contagious or sexually transmitted like those of MUK and Kyambogo.
Facilities: A well-facilitated library, enticing lecture rooms.
Religious Factor: The common joke is that the only strike that has ever happened was over the absence of other Bible versions, so it’s likely, if Jesus were to come, he would accept their friend requests to Heaven. They have the fathers  and Mother Theresas of Ugandan campuses.
Striking Factor: No strikes, meditation is in progress.
After University: They are prepared for the world out there, jobs are assured.

KIU
Coolness Factor: When your university is plugged between Kansanga and Kabalagala, then something is wrong about the definition of coolness.
Academics: It’s easier to get a KIU PhD than a UCU degree.
Facilities: They have computer centres but when is the last time we heard of a new app from that side?
Religious Factor: We always have our night prayers at De Posh and Club Venom.
Striking Factor: It’s difficult to coordinate a strike here, some are speaking Kiswahili, others Luganda, and then the Dinkas will be speaking something no one else understands. So, they gave up on striking.
After University: You get back home in Kenya and your degree is rejected.

MUST
Coolness Factor: It’s the land of milk and honey, they own Mbarara town.
Academics: Up to standard degrees though some medicine students complain of majorly learning by rote.
Facilities: After your morning lecture, you cross the Mbarara highway for your next lecture.
Religious Factor: On their way to Saint-hood inspired by St. Gloria in UCU.
Striking Factor: Strikes are rare, nearby shops are run by Bakiga men.
After University: They stand a better chance of getting jobs than MUK graduates.

GULU
Coolness Factor: We talk about it, but we don’t know what goes on with it. They are cool to the Gulu residents.
Academics: Commendable lectures, dedicated students.
Facilities:  Sufficient lecture rooms unlike Kyambogo where students peep through the windows to catch a glimpse of the lecturer.
Religious Factor: They must be atheists, though not evil ones.
Striking Factor: You strike and loot at your own risk. Occasional sit-down strikes.
After University: Students trained to beat the competition by all means.

MUBS
Coolness: You go to campus and all you see is beauty in one place. Just because they study next to Capital Shoppers, makes them feel like shareholders. And, their Principal, Prof. Wasswa Balunywa is on Facebook and Twitter.
Academics:  It’s only in MUBS where beautiful girls have brains.
Facilities: Recently, they set up a magnificent state-of the art library.
Religious Factor: The students believe in money-the liberator and true source of happiness.  They read fashion bibles.
Striking Factor: They seem to have learnt a thing or two from MUK but they are yet to perfect the art.
After University: Mubs is about businesses-helping set them up, helping lead them to collapse.