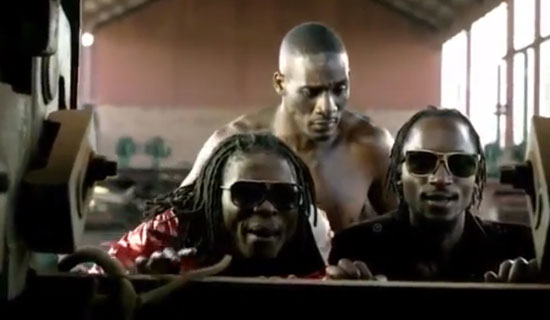 The music video: Fantastic – Radio and Weasel
The movie :Captain of Nakara

The video directed by KQ and shot in South Africa is all about spreading the Kekonian love to all the people she encounters along the way, all the while capturing the energetic, feel-good factor of the upbeat East African-influenced pop single.

Being her first video after signing with Sony Music Africa’s RCA Label and Rockstar4000, you can’t help but notice the creativity.  The video casts Uganda in a whole new dimension, to prove it’s about her Ugandan roots, a Ugandan Flag is waved and it hovers with life in the video.

The only flaws in the Let Me Go video are Keko’s denim pants. She could do better in the style department. But critiquing the pants is also an excuse for a balanced video review.
It’s one video you can’t get tired of watching. Trust me on this, watching this video repeatedly just drives you to a visual addiction.

The video entertains with well-choreographed routines. The camera shots and edits are fast, in sync with the song’s fast pace.  The dancing performers and the couple in the boutique that seems to be arguing before hugging with smiles bombard one with energy.

The lighting and colour that covers the playful youngsters in the video makes you not want to let go of the sweet emotions portrayed.  Calling this video Ugandan is under-estimation, its quality is simply worth the international rating.

Let Me Go is simply an unblemished video, it is an elaborate all though unfocused expression of the art, the realness of the urban lifestyle. It’s not comparable to any Ugandan music video.
All the images in Let Me Go are cut in sync with the beats, and like earlier said-it’s a musical visual addiction.