Alengot, the upcoming journalist who hopes to become president 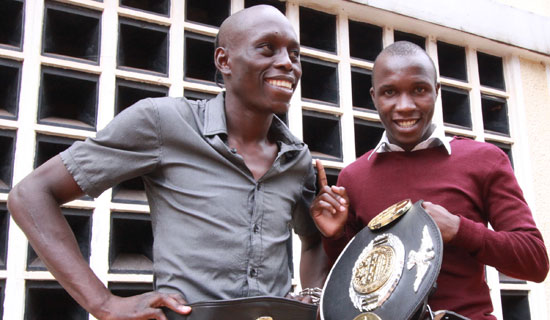 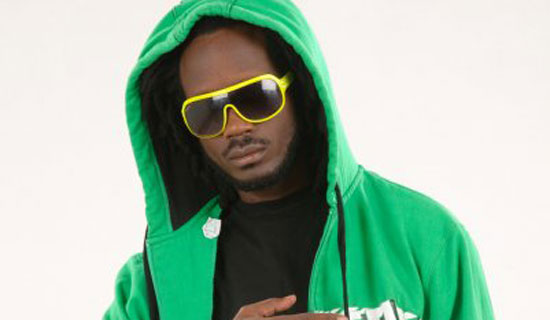 NOBODY MOVE BY BEBE COOL Teenage parliamentarian. The youngest MP insists she is not dating and is not interested anyway. She also has businesses that provide her income and she therefore doesn’t use her salary from parliament. She spoke to Timothy Murungi about her likes, dislikes and favourite things.

She knocks on the door and asks to come in. When I look up, I notice it is a young woman in a black suit with her skirt just below the knee and a trendy shiny handbag. I invite her in. She wears a direct, ready-to-smile look and walks making graceful but time conscious steps. She is dark-skinned, medium height and medium size. When she speaks, her voice sounds youthful, kind of high pitched with a confident tone owing perhaps to her now distinguished position. Her name is Proscovia Alengot Oromait, whom you may have heard of already, the MP for Usuk County in eastern Uganda. At 19 years of age, she is the youngest MP in Africa and probably the enitre world.
Alengot is the second youngest person in recent times to make history in Uganda. The first was King Oyo Nyimba Kabamba Iguru Rukidi IV of Toro Kingdom, in western Uganda, who became king at three- and-a-half years old.

What did you score at PLE, UCE and UACE?
In primary, I got 13 aggregates and I was at Kigulu Girls primary School. I scored 37 aggregates in O’ level at PMM Girls School and scored DDDDO (History, Economics, Literature and Divinity) at A’ level at St. Matthias Kalemba S.S.S.

Do you have another name?
Yes. Koshi, it was given to me by my grandmother.  I wanted to use it during campaigns but I thought my father’s was better.

What was your childhood like?
People thought that I was arrogant. They could always tell me that I minimise them. “Weewulira“ they would say. But I told them that’s my nature. But I was very stubborn. In Primary Five (at Kigulu Girls School), I led a group of girls and we stole the matron’s food – matooke and meat. I had missed lunch.

Do you have a boyfriend?
No.

Did you have a boyfriend in high school?
I don’t think I had a boyfriend during high school because things to do with boys were not part of me. My friend helps me with everything, why should I run for a man/boy? Besides, all boys feared me. They feared to ask me to be their date during our senior six party because when they did, I would just sit and look at them. They described me as a girl with a tough face.  Any of them could be my friend but when they said things like, “I love you”, “I want us to be one”, I always warned them not to say that again. I am still growing up, why should I hurry for things we shall find ahead? I always told them that I was still a baby. You know, there was coupling in school, how could they find a newsreader coupling?

As a news reader, what did your news comprise?
We (journalism club at st St. Matthias Kalemba S.S.S.)  had entertainment, sports, campus news, national and  international news. The most interesting news was the campus news.

So, did you distance yourself from relationships because of your status as a newsreader?
I did not distance myself because of that but that’s my nature. I loved staying with female friends though I had male friends. They say boys can keep secrets more than girls but I believe the friend I had could always keep my secrets – my girlfriend Harriet Kwiza. I have come a long way with her.

Don’t you have feelings?
I always call that puppy love. It is better to be patient and wait. That patient man is waiting and one day he will say, “Proscovia, lets walk down the aisle”.

You’ve been talking about fulfilling your father’s manifesto, how did you get to know his manifesto?
I know it because I was always with him at rallies and sometimes I stood with him. Other times I carried for him bananas and water. He only ate bananas and water during the campaigns.

Did news reading make you popular?
Everyone knew me, including the cooks. When they heard that I was the one reading the news, everyone came to listen. Everyone knew Koshi.

Did you pick up any nicknames because of being a journalist?
It was almighty. People did not know how to pronounce Oromait so they called me “almighty” – the almighty of the news on campus’.

Were you your dad’s favourite?
He loved all of us equally. (Her phone rings. And the ring tone is Coconut Tree by Mohombi) .

Tell me about your taste in music. Do like music?
Yeah, every youth likes music. I like dancehall most because when a song is playing I can easily dance to it.

Where do you dance from?
That is a secret. But when I am at parties, I ask the Deejay to  play for me certain songs. But I also like Christian music. On weekends, I like to sit and listen to Christian music. I like music by Judith Babirye and Cece Winans – they inspire me a lot.

What are your hobbies?
I like reading inspiring novels. Right now I am reading Tony Blood by George William Alenyo, a political novel. I also like reading adventure, romantic novels.
I also like hanging out, watching movies, travelling and playing netball. I still play netball. On weekends, I play with some MPs from a field near home.

How active were you involved in politics before your victory?
I was well known in the village. First because of my dad’s campaigns. Voters also saw courage, strength and ability in me. But before, I worked in the marketing department of Kiira FM, Jubilee Insurance and Diamond Trust Bank. I also worked in radio stations, Apex FM, read lunchtime news at Teso Broadcasting Service and was a lunchtime presenter at Joshua FM. I became so popular that boda boda riders sometimes transported me for free and I was not shy.

Who decided that you should stand?
It was my decision. Rumours have been going round that it was the education minister, Hon. Jessica Alupo’s decision. But I was confident of myself. I told people that I could as well stand as independent.

What gave you that confidence?
It has always been my dream. I wanted to fulfil my dream. I know I got a sympathy votes because of what my dad had done and they knew I was aware of what he was doing.

Isn’t politics going to spoil your childhood dream of being a journalist?
It will not. Look at the information minister, Mary Karooro Okurut. She is in Parliament and also writes like journalists do, why can’t I do the same?

Who are your role models?
Jessica Alupo, Ameru Susan and Mrs. Okurut. On the international scene I admire Barak Obama and Nelson Mandela.

What is your experience in Parliament like so far?
Parliament is like high school. The beef in Parliament is like that of Senior Five students against Senior Six students. There is backbiting. If you don’t give them a cold shoulder, then you suffer a lot. There are also a lot of people hitting on me but again, just give them a cold shoulder. When they hit on me, I tell whoever that he is fit to be my father so I can move out with them.

What makes you sure that they are hitting on you?
They tell me that they want to take me out. What can I do out at night and yet I have books to read? I want to concentrate on my books, I want a Bachelors and Masters Degree. Why should I go out with a man who is not my age mate?

Where do you see yourself in five years?
Give me some time. In 30 years, I want to be the president of Uganda.  If Obama can, why can’t Proscovia?

What is the best advice you have received?
Don’t look backward. Be proactive and don’t minimise yourself. That’s from my dad. And I know I believe wherever he is, he is happy with me.

Who is Alengot at school?
When I’m in school, I’m Proscovia. I don’t carry myself around like I am of a high status high. I behave normally when with my fellow students. And even when in Parliament, you can still call me Proscovia.

Any new male friends at campus?
Actually, those who would be male friends fear me. When I try to start a conversation with them, they move away.

What shocked you most about parliament?
I am shocked by how old men in parliament shamelessly hit on young women.

How are you treated by other MPs for example, when you stand up to speak?
They are all eager to listen to me when I stand up to talk. They give me attention like other Parliamentarians. Though not everyone because not all of them are good or my friends-some are enemies.

I believe you use slang while communicating with your friends.  How do you communicate with the MPs as they are older than you and possibly do not know that slang?
I don’t use slang when I am talking to my elders. I use the formal English I know.

You are young earning millions of money? How are you handling the finance? What do use it for?

I have never handled such big monies in my life and I have never touched the money (salary). It is deposited on my account.  I have other sources of income, whose money I have been using: I have money lending businesses in Jinja and Wandegeya and I also have six rentals, one newly acquired in Kampala and five in Jinja. I used the money that I earned while working during vacation and also got some from my friends abroad to set up the two businesses. If the university permits, I would also like to establish a money lending business in UCU. But when I withdraw some, I use it to buy personal needs for my house because I have a permanent house. I pay for bills too. But the money is too much so it will cater for the needs of my constituency.

Don’t you miss class because of the sessions?
I do. But of late I have been frequent at school. When I cannot make it to school, I write them an e-mail or letter explaining why I could not make it. In every lecturer’s records, I have missed only three times.

How are you handling balancing between books and parliament?
I am trying to balance them very well except I have given 50 per cent of what should have been part of the school time to Parliament and my constituency.