One week, five housemates gone. When Ola and Chris left the house voluntarily because of medical reasons, we thought Biggie would let two housemates stay in the house. But, we still saw three housemates leaving. We are now short of eight housemates barely three weeks into the game. Brenda Banura spoke to the evicted housemates. Yadel, 22, Entertainer, Liberia
What did you think of Jannette and Kyle?
Jannette is a very nice person. She gives life to the saying that good things come in small packages. Kyle can talk for 24 hours so I like him – I like people who talk a lot. I found him intellectual and the two will go far into the game.

Did you believe Jannette’s virginity claims?
She said she was virgin with a straight face so I believed her (laughs). But later, people said she had been joking and when I asked her she said she was joking.

Some housemates think she is a gossip what do you think?
I didn’t notice that. Jannette and I talked a lot about different things and I wouldn’t call her that because she loves talking. She is just humble, a nice person and loves to talk to different people – I don’t think that makes her a gossip.

What was between you and Alex, you shared a bed almost as soon as you entered the house?
We just like each other as friends because he is a very nice person. We connected because we like the same things like music. He is also cool, calm and likes to talk, talk and talk. And like I said when in the house nothing happened all the times we shared a bed, nothing.

What did you hate about the house?
I did not like the early morning workout because they were not things I do when at home. I hate working out and waking up early in the morning but it used to be fun sometimes. Dalphin 27, Model booker, Sierra Leone
Who will you miss most in the house?
I will miss Eve and of course Zainab. I will miss everyone in the house. I will miss our kitchen fights. We used to hang a lot together in the kitchen and it was always fun.

What did it feel like to be separated from Zainab?
I felt bad, sad but also happy that at least she was staying and is still in the game.

What do you think about Keitta and Mildred’s (the only official couple) participation in the house?
It was not a surprise because were told that we were entering as couples. I admire the two for staying in love despite the fact that everyone in the house is making an attempt at separating them. Zainab and I plotted to try and separate them. And it is not that we don’t want them to be together – we just want to disturb them. Though it gets to them sometimes, they still love each other and I admire that. They surprise me given how they are managing to stay together for all this long and don’t make out (laughs). I find that amusing.

What was your strategy in the house?
To cause drama and trouble in the house – that was my plot with Zainab which is why she attempted to kiss Keitta a few days into the show. We just wanted to cause a rift between him and his girlfriend Mildred. Luke, 22, Model, Liberia
What was going on between you and Jessica, she said she would do anything for you?
We were really close and I was falling for her. Problem is that it was a short period. Right now she is in the house and I am out and if she comes out clean we will continue from where we stopped and see how it goes.

So were we about to see something close to Meril and Mwisho’s relationship (the two got engaged while in the house during Big Brother All stars and now have a child)?
Maybe. I think she is good and I like her, so if things had gone well, may be we would have seen a repeat of that.

What do you think of the Ugandan housemates?
Jannette is cool and funny. She is a free person that is in the house to have fun. Though small, it is hard not to notice her, she is smart too. I was friends to Kyle who loves to sing so whenever I was singing I would call him and we sing together. The two will go far into the game but everyone else in the house shows potential to do the same.

What is your opinion about the random nomination method?
I think it sucks. It is best if the housemates nominate themselves. If that was the case I would still be in the house. The show is about how best people can live with those they barely know and so those people should be the ones to decide who to throw out and who stays.

What is the one thing you would have wanted to do while in the house that you didn’t do?
Nothing. Before we went out of the house, I apologised to everyone that I could have wronged while in the house. By the time we left, we were a close family again and I miss my family.

Who will leave Upville?
This week, nominations were taken from Downville to Upville. On the list is Maneta, Mampi and Lady May. Let’s vote for Mampi to stay in the house just so there is someone to give Roki a headache. To vote, type the name of the housemate and send to 7626 across all networks at a fee of 1k. For all the action tune to channel 198 on DSTV. 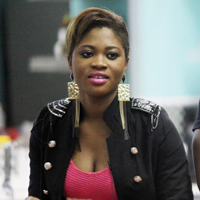 Big Brother: Edith, Eve and Mildred on their time in the house

There are 58 days to go and there is more drama to look forward to. The last evictions saw to a couple’s separation and...