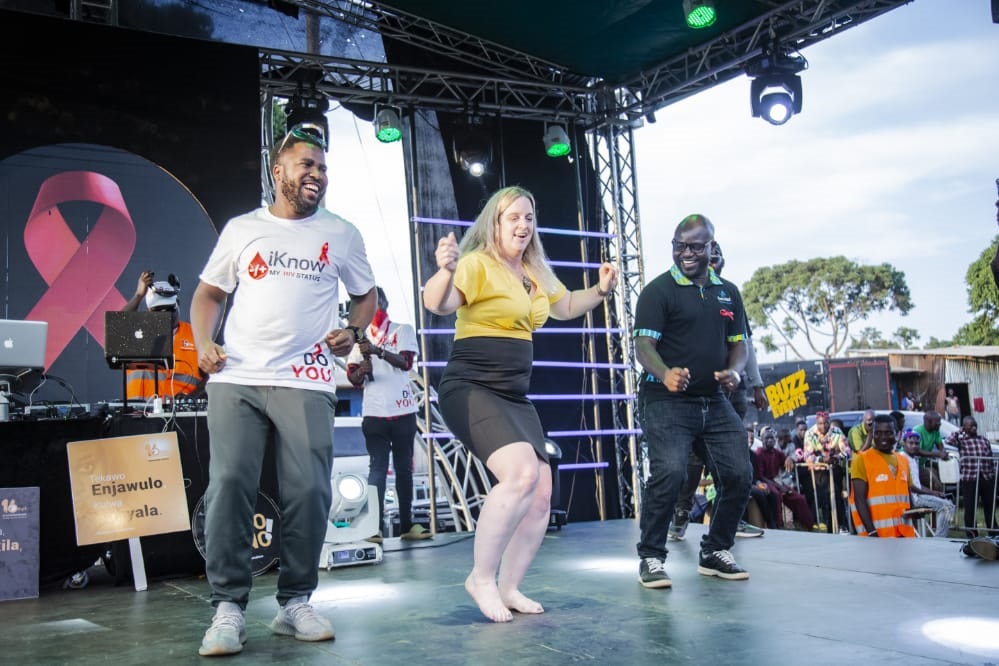 The 2022 Edition of the #iknowKati HIV/AIDS awareness concert was held at the Kasenyi landing site off Entebbe road in Nkumba. The two-day event saw hundreds come through as early as 10:00 AM. The day and night event saw flocks come through as early as 10:00 AM and immediately health experts started by taking them through counseling, behavioral change communication, information dissemination, different various texts including HIV and condom distribution. By 4; 30PM, the party mood was already set. 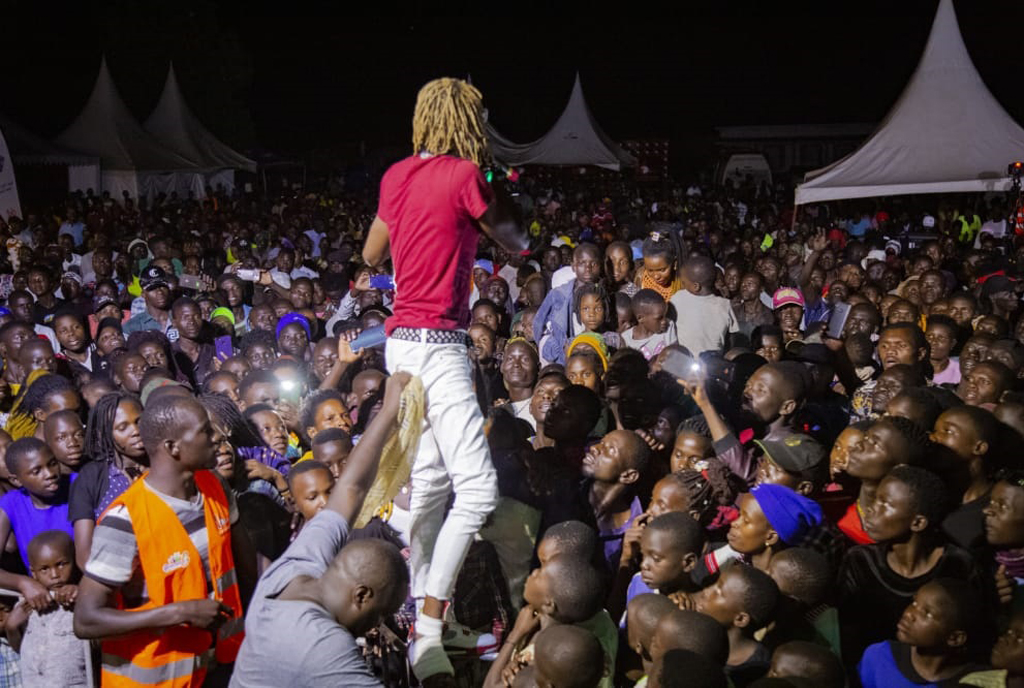 After the many speeches, the merrymakers were then treated to lots of entertainment from RAHU’s staff and partners that included founder and CEO Humpfrey Nabimanya. 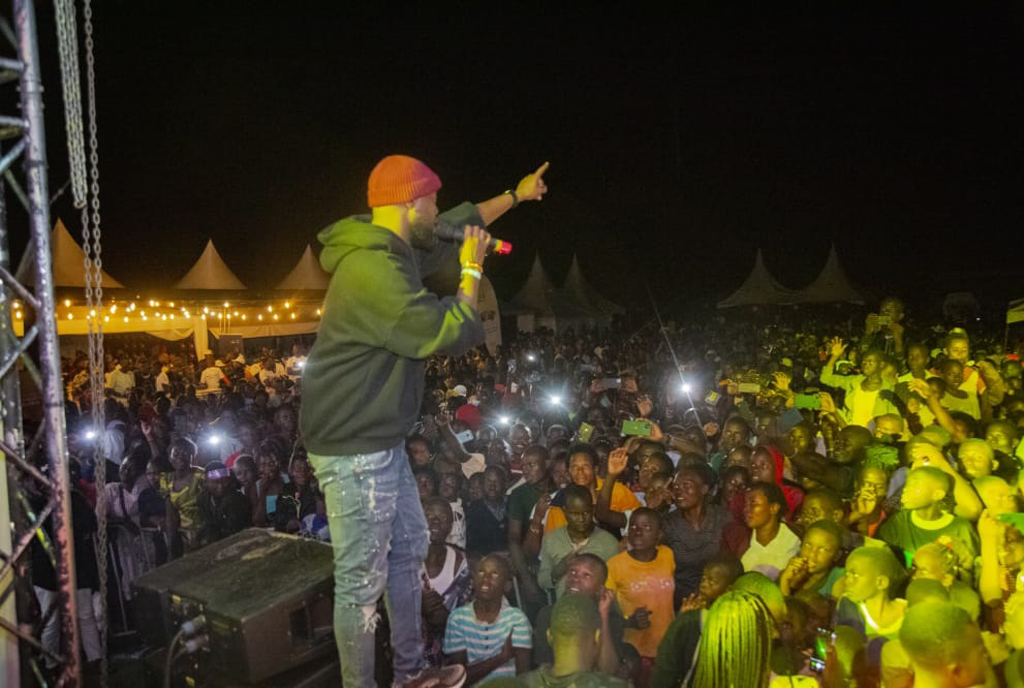 Jackie Chandiru and Coco finger took the revelers to the planet of enjoyment before Grammy Award nominee Eddy Kenzo crowned the night performances that also saw the Kasenyi people go wild over his massive display.

In the middle of his performance, Eddy Kenzo thanked Nabimanya and his RAHU group for the endless fight against GBV and HIV/AIDS without forgetting his relentless advocacy for girl child rights.

“Nabimanya was simply sent by God to save Uganda after the deadly HIV pandemic hit us. He spent the biggest part of his life focusing on youth empowerment initiatives, Sexual Reproductive Health and Rights (SRHR) education and HIV/AIDS awareness and prevention, and livelihoods. He has always supported me and many other artists to convey the HIV message. Kenzo also thanked Kasenyi residents for coming through in big numbers”

“Prior to the concert, the RAHU team and partners had been to different places around Kampala and surrounding areas.

Reach A Hand Uganda (RAHU) is a non-profit Youth Centred organization that focuses on youth empowerment initiatives, notably in the areas of Sexual Reproductive Health and Rights (SRHR), HIV/AIDS awareness and prevention, and livelihoods. RAHU and her partners run the #iKnowKati campaign every December to raise HIV/AIDS awareness and prevention. This year’s #iKnowKati HIV/AIDS Awareness and Prevention Campaign is inspired by the UNAIDS Global AIDS Strategy (2021-2026), which emphasizes the need to minimize inequities in order to end the HIV pandemic by 2030.

HIV/AIDS, has ravaged our planet despite so many years of effort. With roughly 37.6 million people living with HIV worldwide, HIV/AIDS remains a public health threat. Young people will continue to play a critical role in reversing this trend. Young people aged 15 to 24 are thought to account for more than half of new HIV infections, and up to a third of HIV/AIDS patients are under the age of 25. Young people are disproportionately affected by the HIV/AIDS epidemic in Sub-Saharan Africa.