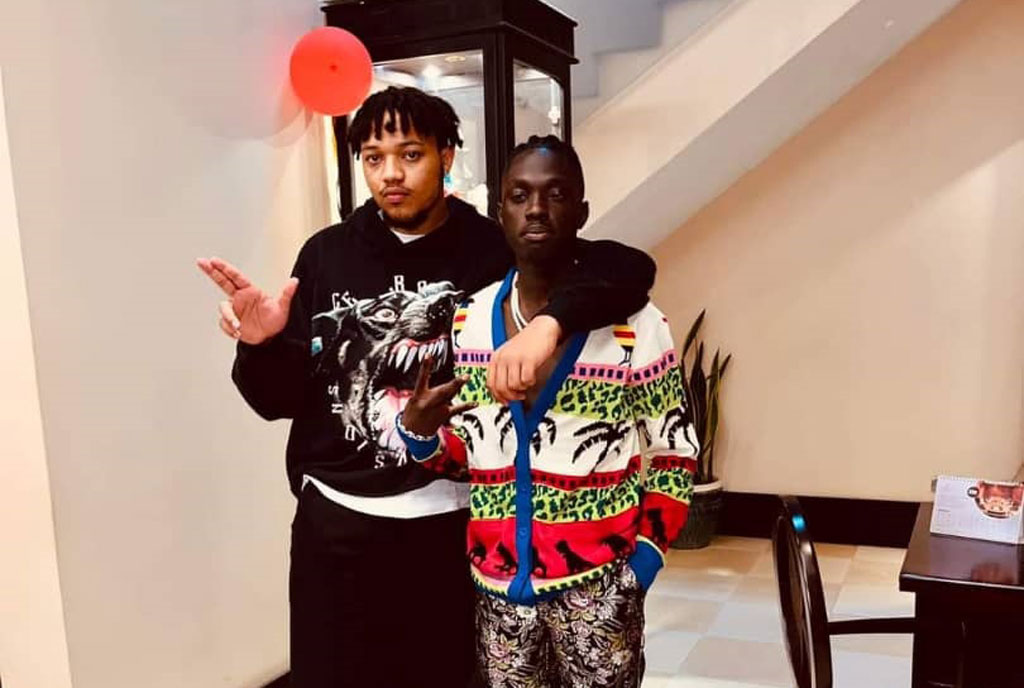 Singer Lucky Jo popularly known for his song ‘This and That’ featuring Fik Fameica is not afraid of intimidation in the music industry and is taking it by the horns, using every opportunity that comes his way.

Recently Nigerian singer Rema was in the country to perform at the Afropalooza Festival and the singer travelled with his producer London.

While here, Lucky Jo had the chance to meet up with the producer, and the moment a photo of the both of them surfaced on the internet we know they were cooking something.

Yesterday, sQoop was reliably informed by a source close to the 17-year-old singer that he is cooking something in the studio with producer London.

The source that preferred anonymity didn’t give much detail about the upcoming project but confirmed that something is in the pipeline.

London has produced songs for Wizkid, Rema, Ayra Starr, and Tiwa Savage among others.