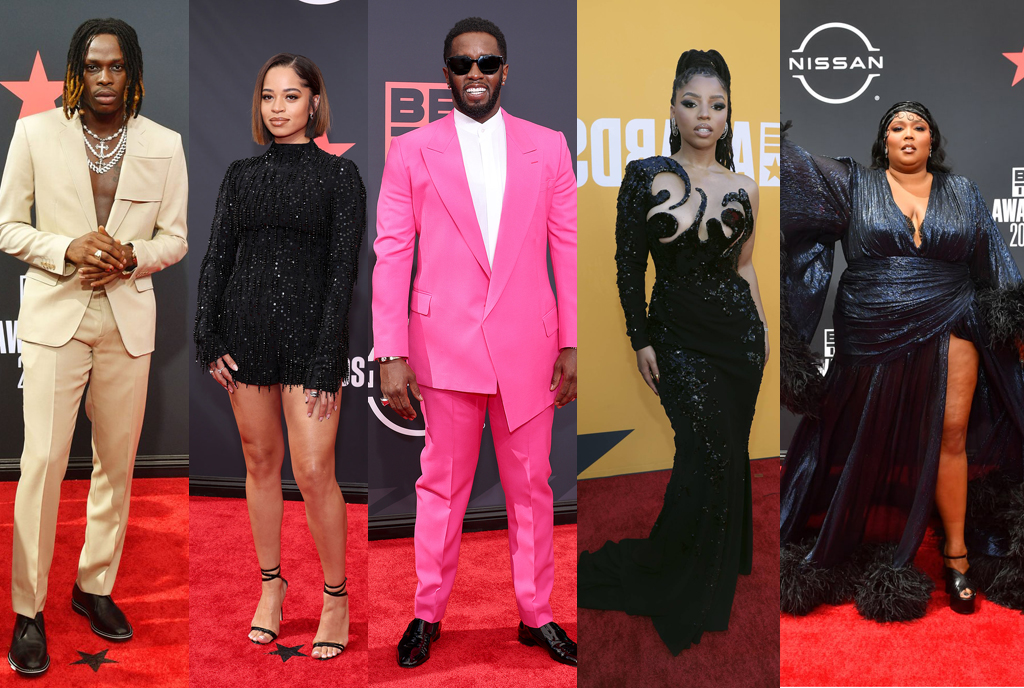 ON THE RED CARPET: It is award season and the stars are coming out, shining bright and winning on the red carpet.

The Microsoft Theater in Los Angeles was the setting for this year’s Black Entertainment Television  (BET) awards which celebrated some of the top black entertainers within Hollywood and around the world. Stars such as Nigeria’s Tems (won for the Best Collaboration, The Weeknd (Best Male R&B/Pop artiste) and others were recognised during the award night. However, other stars were already winning big, the moment they set foot on the red carpet. Some of the stars such as Taraji.P.Henson had more than 15 outfit changes throughout the night.

Here are some of the fashion noteworthy looks from this year’s BET Awards.

The singer brought so much sass with her ensemble, which was heavily detailed with feathers. The Gucci number that she wore in the midnight blue shade, draped her curves nicely, and that ‘Angelina Jolie’ leg moment was the perfect way to sign this off.

The Bailey sister chose this one-sleeved black gown by Lebanese designer Nicholas Jebran. And while her braided updo and barely-there make-up complimented this just fine, it is the strategic cut-outs on the top of this dress that were winning this fashion moment.

Before his much-acclaimed performance with rap queen, Lil Kim, Diddy made his red carpet appearance in a hot pink suit worn with black patent shoes, a white collarless shirt and some dark sunnies. There is just something about a man who knows how to pull off his colours.

The Nigerian superstar came through with that drip in a beige suit that was accessorised with layered silver chains, and nothing else. I mean, who needs a shirt when you can afford diamonds?

We love a good little black romper and this is surely one stunning version of that. The singer chose her ensemble in a sequined version, which was well accentuated with her bob, and those cute, but seemingly killer heels.