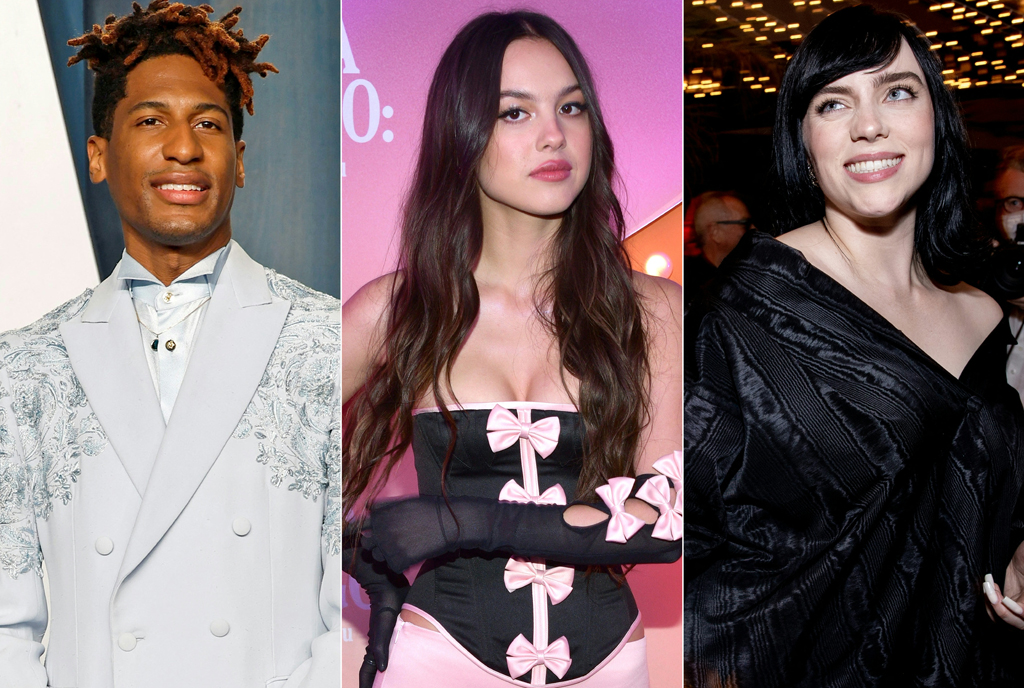 Music’s biggest night is the awards season event with the boldest looks, and moving the Grammys to Sin City certainly amped up the edginess — the industry’s top names sizzled Sunday on the red carpet, showing lots of skin.

Some of the most iconic fashion looks ever have emerged at the Grammy Awards, like Jennifer Lopez’s dramatic plunging green Versace gown in 2000 or Cardi B’s vintage Thierry Mugler “Venus” gown in 2019.

On Sunday, there was more Versace — and even Donatella herself on stage at the MGM Grand. The naked dress trend that emerged a week earlier at the Oscars was in full effect, and funky gowns in basic black had their place.

For the men, the memo obviously called for brash statements and loads of bright colors.

Here are some of the top looks from the Grammys red carpet:

(Not so) basic black

Olivia Rodrigo made her Grammys debut, and her arrival was memorable.

The 19-year-old, who won three awards including Best New Artist, went for a body-conscious 90s look in a figure-hugging black Vivienne Westwood gown with pink accents and a choker, finished off with long gloves.

Grammys darling Billie Eilish, who gave a stunning performance of her hit “Happier Than Ever,” but didn’t win a trophy, rocked a deconstructed black suit jacket fashioned into a cape to match her hair and square sunglasses.

On stage, she opted for baggy trousers — which are easier to jump around in — and wore a black tee-shirt bearing the likeness of late Foo Fighters drummer Taylor Hawkins.

And then there were the matching dresses: Dua Lipa and Megan Thee Stallion came out to present an award, seemingly in the same black dress… until designer Donatella Versace stepped up on stage to make a few changes. Bingo: two outfits.

Baring it all (almost)

And reality star socialite Paris Hilton was in eye-popping silver with strategically placed sequins and a gauzy flowing cape.

On the red carpet, Megan Thee Stallion did not go for a see-through dress, but her slinky leopard print one-shoulder gown with a high leg slit certainly bared some skin.

Rapper Saweetie, who was up for two awards, knows how to work a pop of color.

But the men also brought some eye-popping color to their fashion game at the MGM Grand.

Jon Batiste — the big winner of the night with five awards — was a whirling catwalk show, changing outfits multiple times and bringing the swagger in Dolce & Gabbana.

He wore a shiny suit with yellow checks at the pre-gala ceremony, a shimmering powder blue suit for his high-energy performance and a sweeping blinged-out cape to accept his awards.

Drummer Travis Barker, who performed with H.E.R. and Lenny Kravitz, arrived in a bright pink coat — the color of the night, for sure — over a black vest and trousers.

Justin Bieber, one of the top nominees, arrived in a fuchsia knit hat that nearly matched Saweetie’s dress.