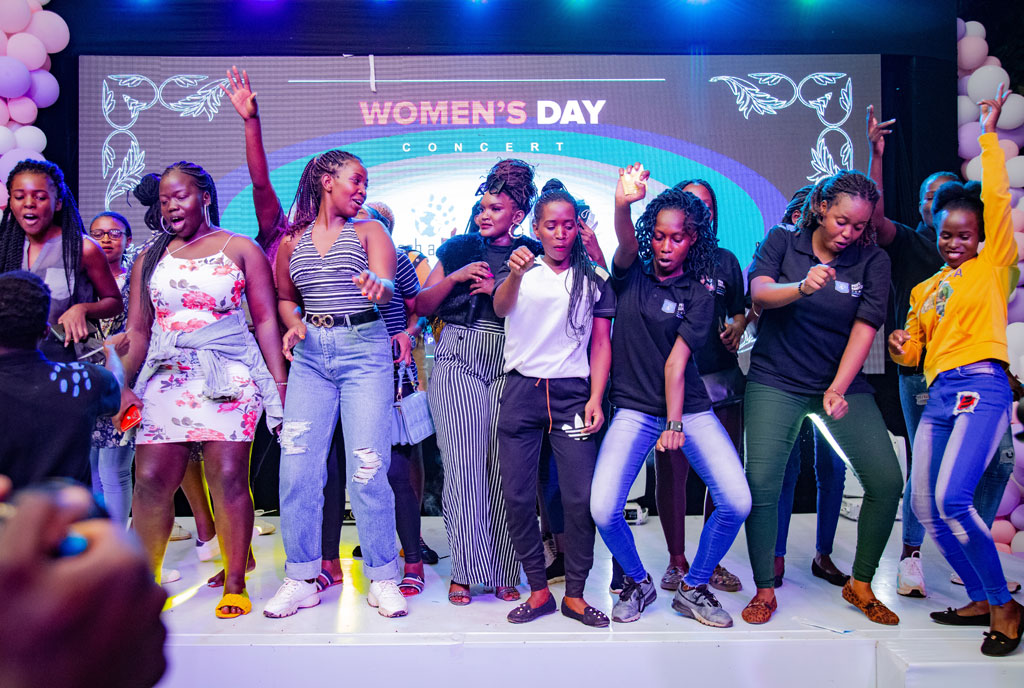 Bringing it on. Sudents from various universities turned up. Above: As they participated in a dance competition . Photo/Isaac Ssejjombwe

The youth are the most vulnerable people in society meaning they are always the key targets for things such as rape and violence. That is why Reach A Hand Uganda partnered with DKT Women Care and connected with young people in Kansanga, a Kampala suburb to celebrate Women’s Day under the theme ‘Breaking the bias’.

Among the people that were part of the event was artistes Fille, Jowy Landa, Karole Kasita, Naava Grey and Sandra Suubi, who performed for an audience that included students from various universities, including International University of East Africa (IUEA), Makerere University and Kyambogo University. 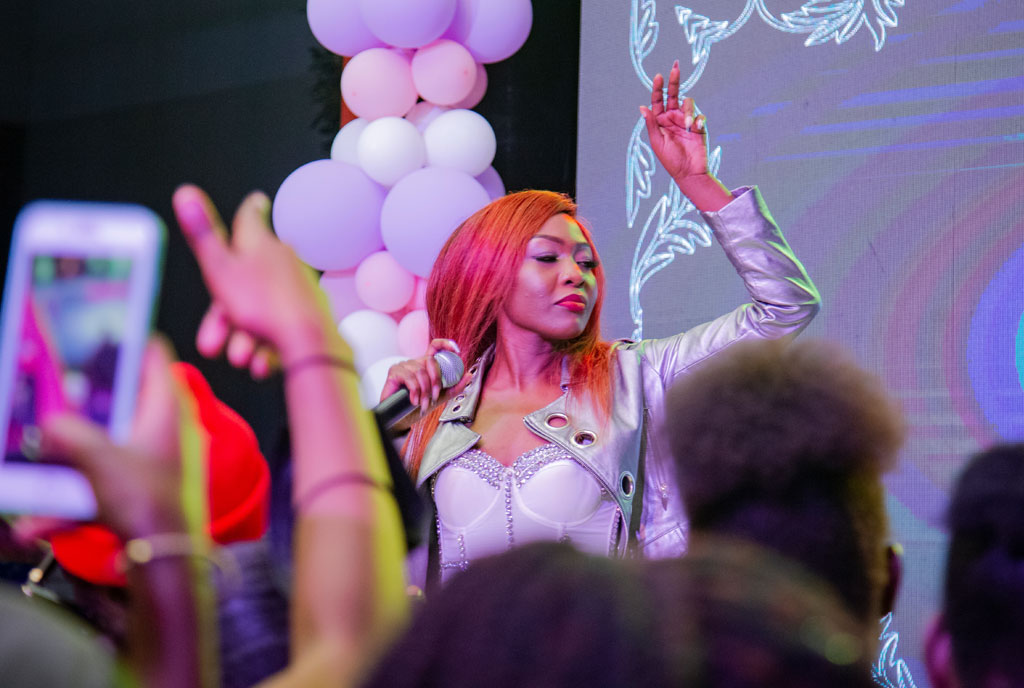 While Naava Grey was performing, students sang along to her songs Soka Lami, Nteredde and Alibomu while Karole Kasita received a standing ovation for her vigorous dance moves on songs Balance, Binyuma and Yaka yet when Fille came to the stage, the students could not help but join in on stage to dance and sing along to her songs. 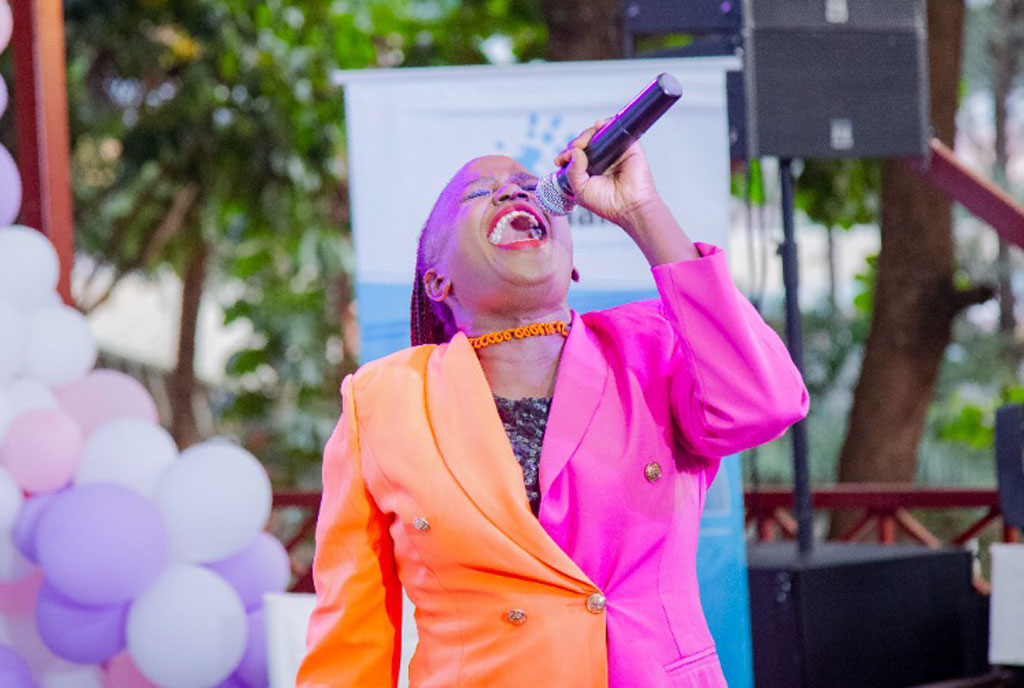 Besides the performances, the artistes also shared encouraging words to help girls steer their way through life.
A dance battle organised by popular demand saw a few talented student representatives jump on stage.

The IUEA students and Gulu University students contested in different activities, ready to break a leg in the finals for a cash price of Shs200,000 and according to the judges, it was the host university – IUEA – that took the day.

There was also a launch of ‘The Love My Levo campaign’ which saw Fatuma Hasha, Stacey Bainomugisha, Manuela Mulondo, Harmony Kyomugisha, Prima Kadarshi and Martha Mukisa share messages of women empowerment during the power talks session as influencers.

This year’s International Women’s Day celebration were aimed at addressing gender equality issues for a sustainable tomorrow and the Reach a Hand campaign called on everyone to work towards a world that is equitable, inclusive, and free from bias and discrimination so that the playing field is levelled for women moving forward. 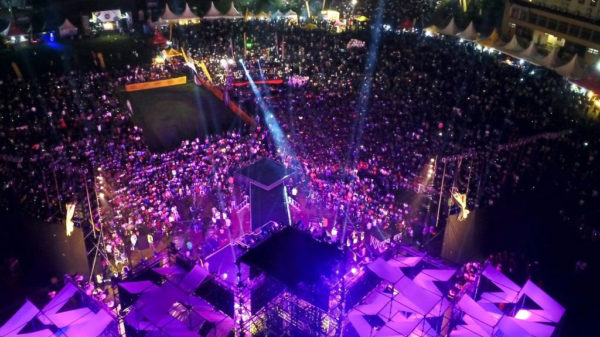 Karole Kasita spoke highly of Cindy after they release of their collaboration Mwotto. She said Cindy embraced her when she joined the live band... 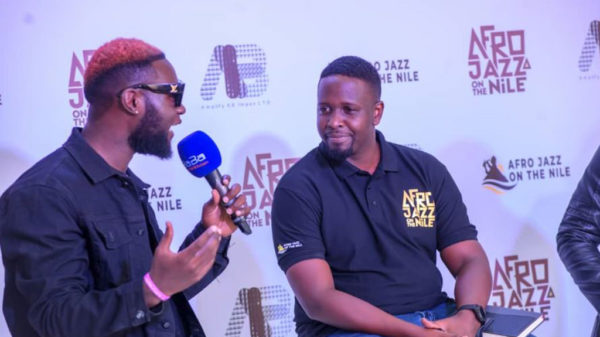 When Afro and Jazz go to the Nile

With the economy open after two years of lockdown, event organizers are coming up with every concept they can think of to entertain the...