The faces behind Uganda music stars

Making stars: According to Google, an artiste manager is one who is responsible for shaping a singer’s career. They help book gigs, plan album projects, orchestrate record releases and tours, create marketing and merchandising strategies and establish and pursue long-term career goals, among others. In Uganda, few people meet those targets, that is why many ‘managers’ are best referred to as handlers. Isaac Ssejjombwe looks at the people who do the background work for some of our artistes.

Jaylor Birungi – Azawi
Swangz Avenue is a record label but every artiste signed to the label has their own manager. And although we knew Jaylor Birungi as the Swangz public relations manager, last year, she took charge of managing Azawi.
“Azawi chose me but that is a long story. What I can say, though, is that our energies chose each other from the first day I met her during her contract signing. My boss Julius (Kyazze) asked me to guide in her styling and branding, so I started as her stylist then I was asked to manage her officially in 2020,” she says. 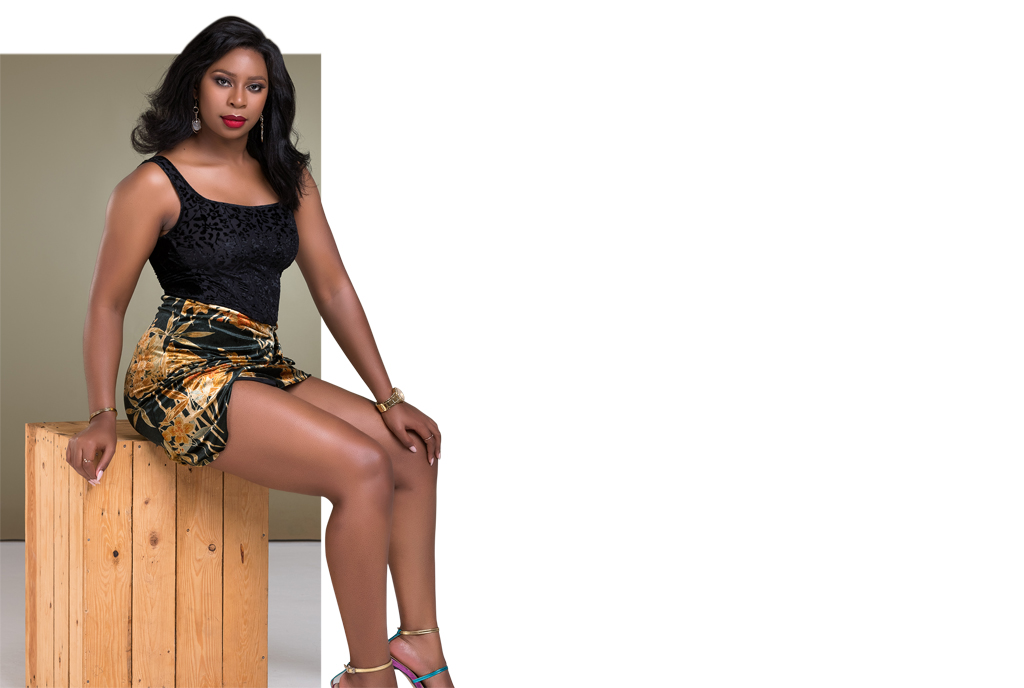 Having worked with most Ugandan artistes while she was still the Swangz events manager, Jaylor’s responsibility is to book gigs/shows, plan artiste projects, say album release, orchestrate song releases (song promotion plans) and create artiste marketing strategies.
“I do all this with a team of very creative people whom you never see but have a great impact on her resume.”
Birungi is a Mass Communication graduate and is the last born of a Congolese father and a Rwandan mum.
On the challenges she has faced while in this position, she says they are more like lessons.

“I have relearned things as the industry is evolving and if we need to be on top we need to be twice as good. Azawi is very hands-on and she has goals set for herself and career, I can’t slack off. Another lesson is working with a team, especially those with the same mind as yours. People skills are key so I have learnt to polish that area. But most importantly I have learnt teamwork.” 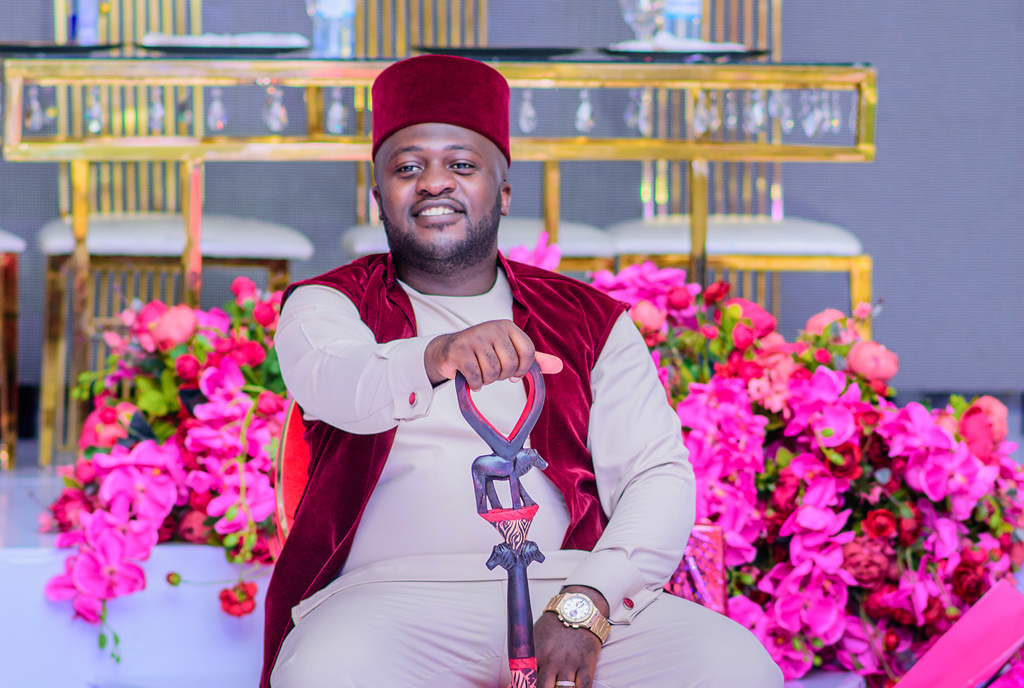 Beta has been managing Eddy Kenzo and Big Talent Entertainment since 2013 after Barbi Jay.
As Kenzo’s manager he says he has to protect, guide and build the artiste’s brand, strategise and plan for his short and long term achievements, supervise production, promotion and branding. Why Kenzo? Beta says being a person driven by passion, realism and originality, Eddy Kenzo is the same.

“Kenzo is very true to himself and will not do things he doesn’t believe in just because majority expect him to do so. He believes in doing the right thing and respects everyone, and to me that is all that matters. He is unique in the way he creates his music and has always pushed us and himself to be different and think out of the box,” Beta says.
He says his career has been one of learning from different avenues, from a singer to audio producer to video producer and now a talent manager. 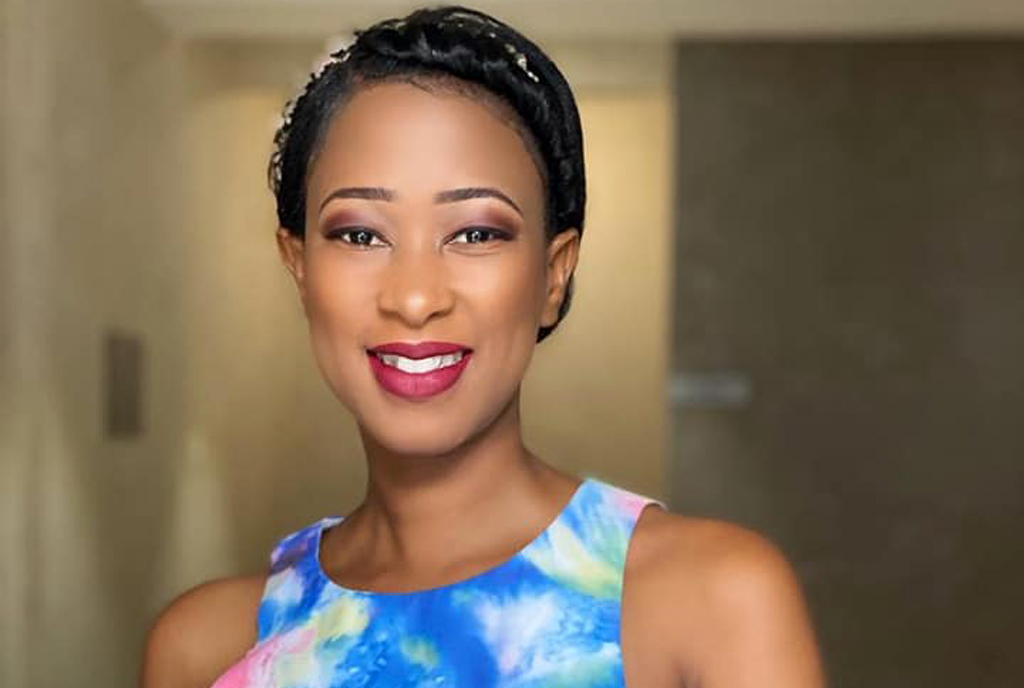 Dorothy Nabunjo needs no introduction as she is one of the few female managers in the industry. However, she is doing what most managers cannot do – managing three artistes; Sandra Suubi, Xenson and Kenneth Mugabi.
She started managing Xenson and Sandra Suubi in 2015 and took on Mugabi in 2020. Among her roles is ensuring that her artistes are well-represented in their business dealings and offers guidance for their music career.
Nabunjo has a Bachelor’s degree in Adult and Community Education from Kyambogo University and an Arts management certificate from Maryland University, USA. 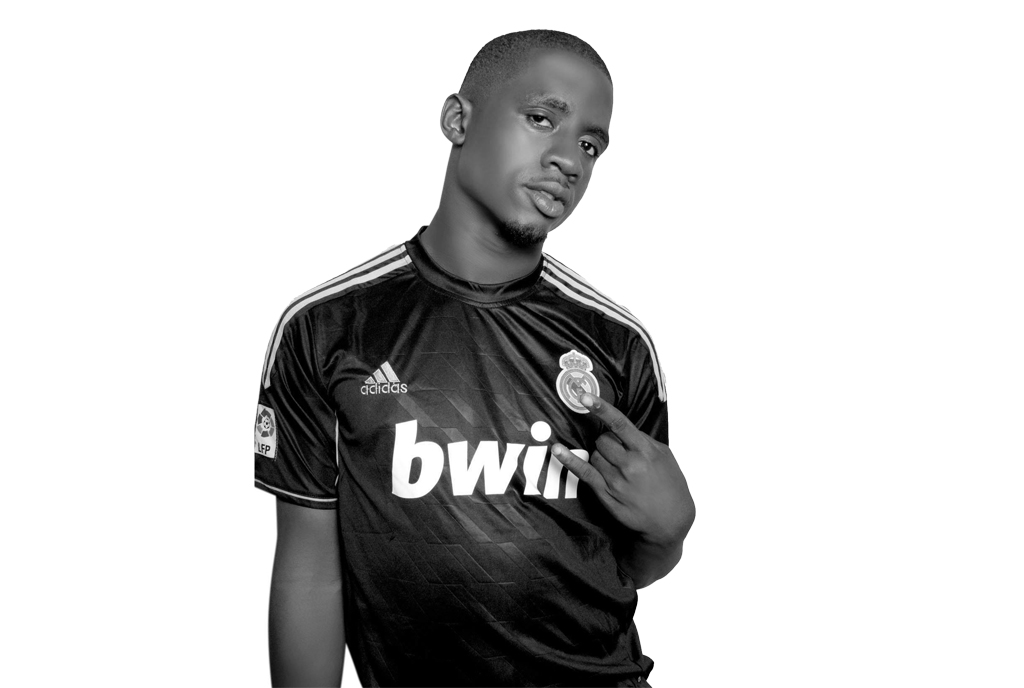 After managing Geosteady, Tipswizy, Chosen Blood and VIP Jemo for close to two years each, Arafat Bagonza switched camp and started working with Feffe Bussi in 2015.
Among the things he is responsible for is promoting the rapper and his music, handling his social media plus marketing the artiste, ensuring that he produces good music.
He says he has managed to work with Feffe because he believes in him and knows what he is capable of.

However, the six years haven’t all been a smooth ride as he has faced some challenges along the way, for example Feffe missing interviews and shows without his notice when they are already booked, having music shows as their only source of revenue and of course the issue of copyright.
Arafat Bagonza is 31 years old and the second born in a family of five children.
He holds a Bachelor’s degree in Business Administration from St Lawrence University.

Arnold Ssempijja, known as manager Apple, is currently the director of talent acquisition in a label called Voices and Beats but also manages Crysto Panda since 2020 after separating from Recho Rey. He started his managerial career with a West Nile artiste called Emar legend, followed by Kvan.
“With Panda, our management is basically like a partnership, unlike Recho Rey where I had to do everything for her,” he admits.
Apple says he and Panda had been friends for long and he was one of the channels he used to get his music to the people.
Sssempijja has a Bachelor’s degree in Computer Science from Kyambogo University. 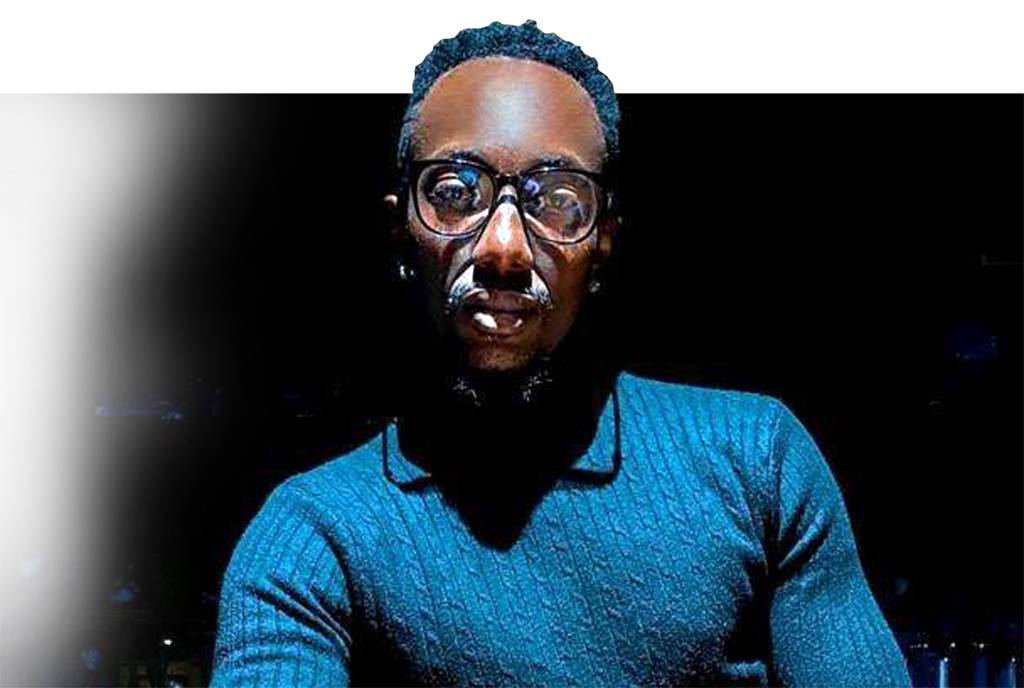 Gonzaga joined Swangz Avenue in 2015 and was immediately assigned to be Winnie Nwagi’s manager because the bosses noticed that he understood her well from an artistic and personal view.
“As her manager, my roles are to deal with everything that is related to artiste branding, such as growing the artiste franchise, booking gigs, protecting the artiste’s public image, expanding the brand internationally and more,” he says.
Gonzaga has a Bachelor’s in Procurement and Logistics Management from Ndejje University.
Among the challenges he faces are issues of emotional breakdowns from the artiste due to pressure of the industry, struggling to understand her as a woman, funding and stalkers who can be a potential threat to the artiste. 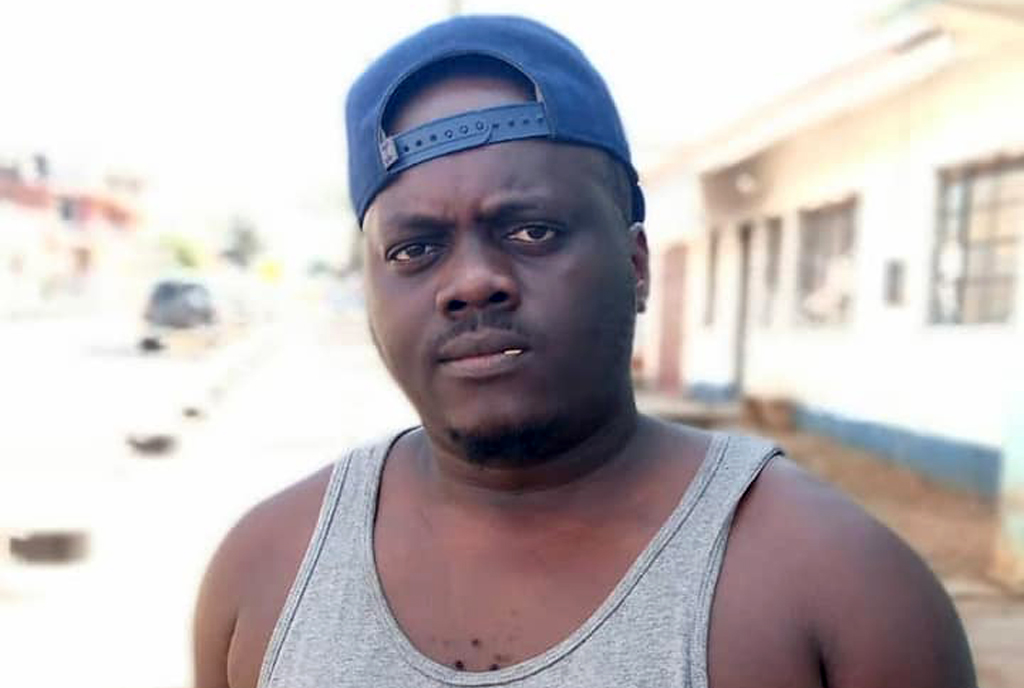 Artiste bookings, planning album projects, orchestrating record releases and tours, merchandising and pursuing long-term career goals is what Roland Uwingabo has done for Coco Finger since 2017.
He says Coco Finger is a uniquely talented artiste. “He is an understanding artiste, who creates a conducive room for a manager. He is a special talent compared to other dancehall artistes in Uganda,” Fat Lion, who holds a Bachelor’s degree in Information Systems, speaks of Coco Finger.
He says among the challenges he has faced is Ugandans not supporting their own and taking competition negatively, which has affected the development of the entertainment sector.

Through doing a lot of research on YouTube and learning from other managers in the game such as Bridgette Nisha and Emma Carlos Mulondo, Jamil learnt about artiste management. For a while, he had been an assistant to Ykee Benda’s manager, in the process earning the trust of the artiste. It was from this that Ykee in January 2020 elevated him to manager when his brother and manager decided to travel abroad for greener pastures.
Among his duties is to book shows, select music, find collaborations, uplift and protect his brand, find endorsements and manage other businesses.
“Ykee Benda is respectful to everyone and treats everyone in their own right. He is a free spirit, someone you can easily discuss everything with,” says Kigenyi about Ykee Benda.
He has a Diploma in International business at Nakawa business institute, which he got in 2012. He is the second born of three children. 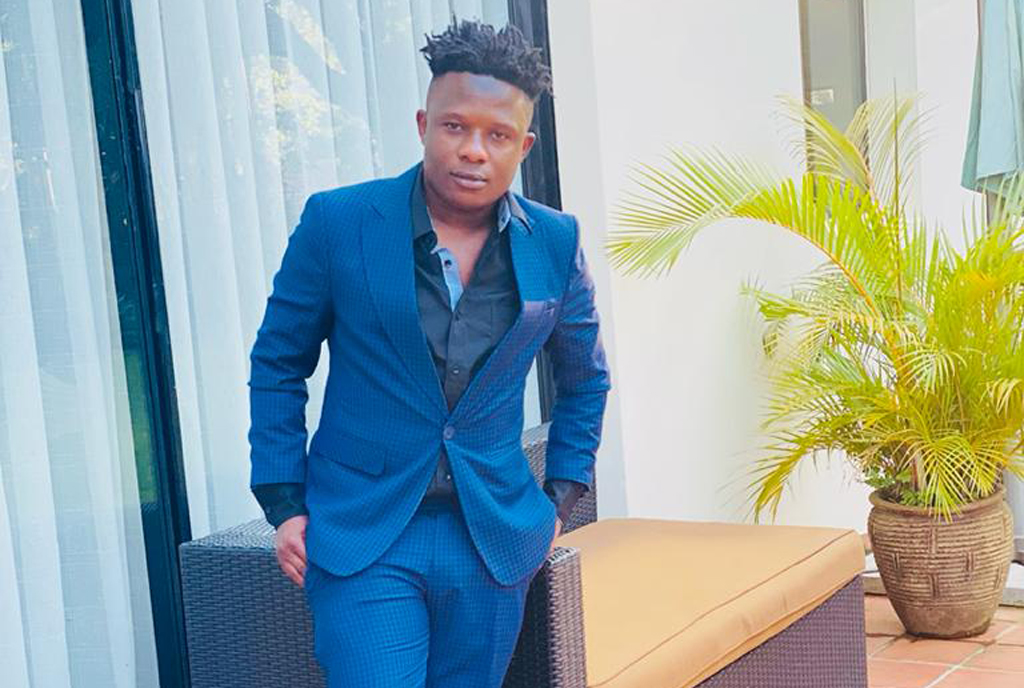 When Andrew Mugerwa took charge of singing trio B2C, Katete was basically the errand person. He was the one doing things on the ground, ensuring that the group’s music gets played, did the bookings, among other things. No wonder in 2018 when the trio separated with Andy Events, they elevated Enock to manager.
“We share a strong history together, their undoubted talent and potential and the belief they had in themselves is what we ride on,” says Enock about his relationship with Mr Lee, Julio and Bobby Lash. 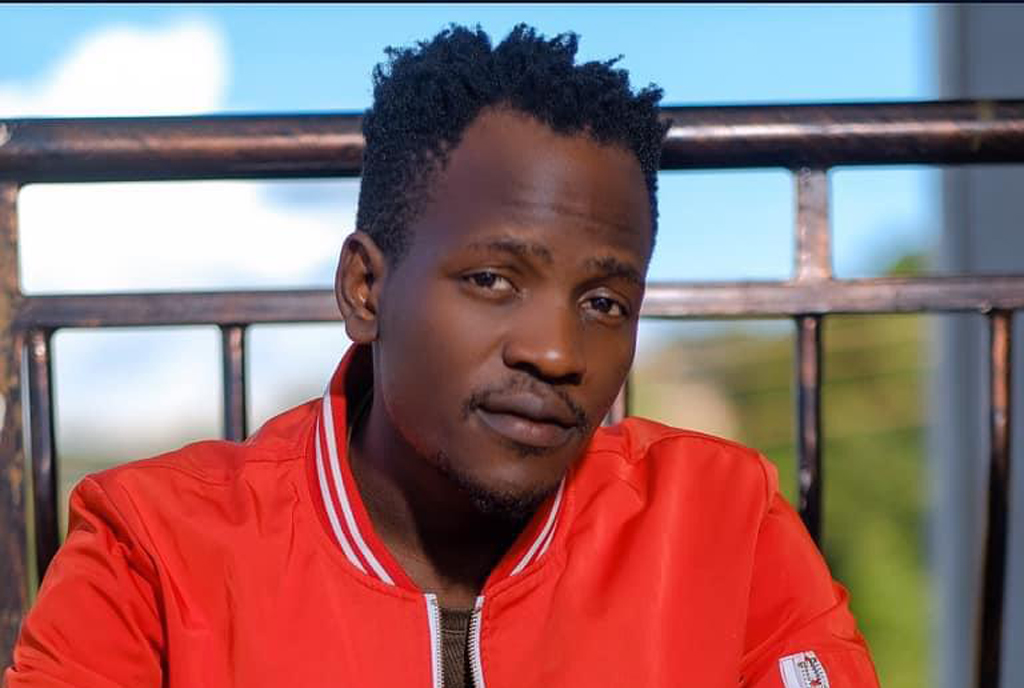 Among his responsibilities as Karole Kasita’s manager, he says he is supposed to push and promote her music on all platforms, look for music from writers, do bookings for shows as well as advise her career among others.

On Karole Kasita, Joram says her talent, good behaviors and understanding ways is why they have managed to work together for four years and counting.

He is a third born in a family of 10 children and went to Volcano primary school in Kawempe, Kyabi primary school in Sembabule district and then Elizabeth SS Nkoowe for all his secondary school. He graduated with a bachelors in Journalism and Mass Communication from YMCA in 2017. 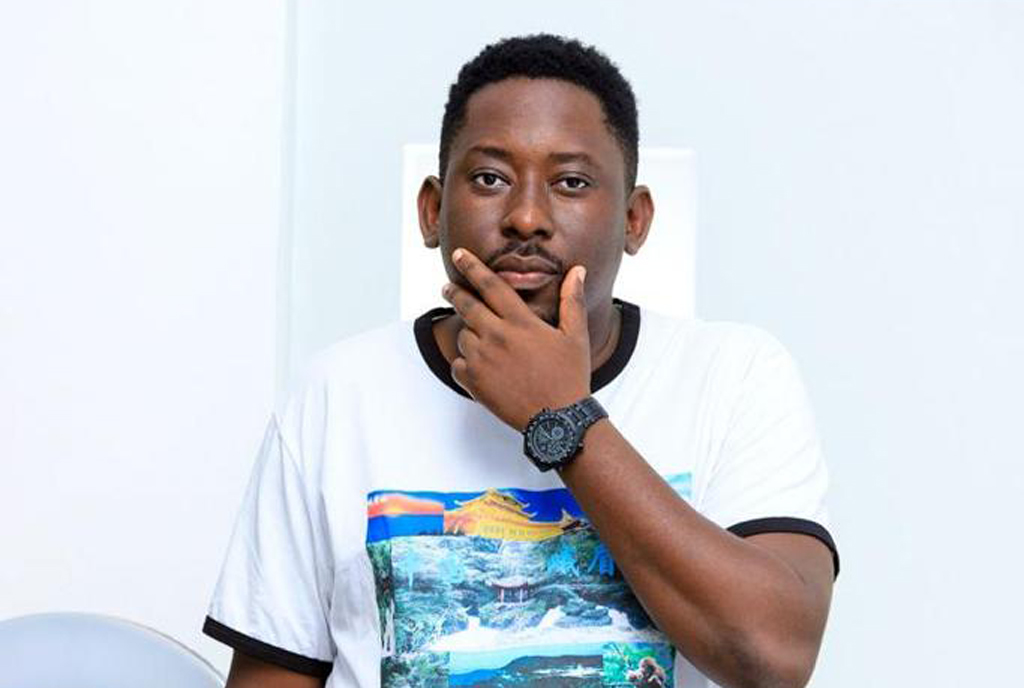 Wadero started managing Vinka in 2016 when she was starting her music career. She had previously been Irene Ntale’s manager herself before but before Vinka, she managed Winnie Nwagi, Joel kisakye, Zulanda and Black skin and earlier on before artist Management, he worked at soundroom from 2012 – 2016 helping different artist promo and push their brands and music some directly others through their management.

“As an artist manager, you have to wear a lot of hats in handling the business and professional development your artist like handling the artist business for example negotiate artist deals and contracts, marketing and Branding the Artist which helps craft a musician’s public image with an eye towards current trends in music, handle the artist development, promote the artist music and make sure its featured on music websites and publications that help them reach spread their reach and get producers, song writers for your artist among others,” he says of his roles.

Joel attended Kitante primary school, Winston standard academy, Joy primary school, then Sir Apollo kagawa, Mengo primary and finally Bat Valley where he did his P7. He then went to Old Kampala for his high school then Kisubi High, then Finally Mityana Modern for S4 and S6. He did a bachelor’s of Arts in Social Sciences at Makerere University.

Son to the late George Gidudu and the late Betty Kataike, he comes from a family of 4, 2 boys and 2 girls and he’s the last born.