Aaliyah, R. Kelly, and a 'violent puzzle' of alleged abuse 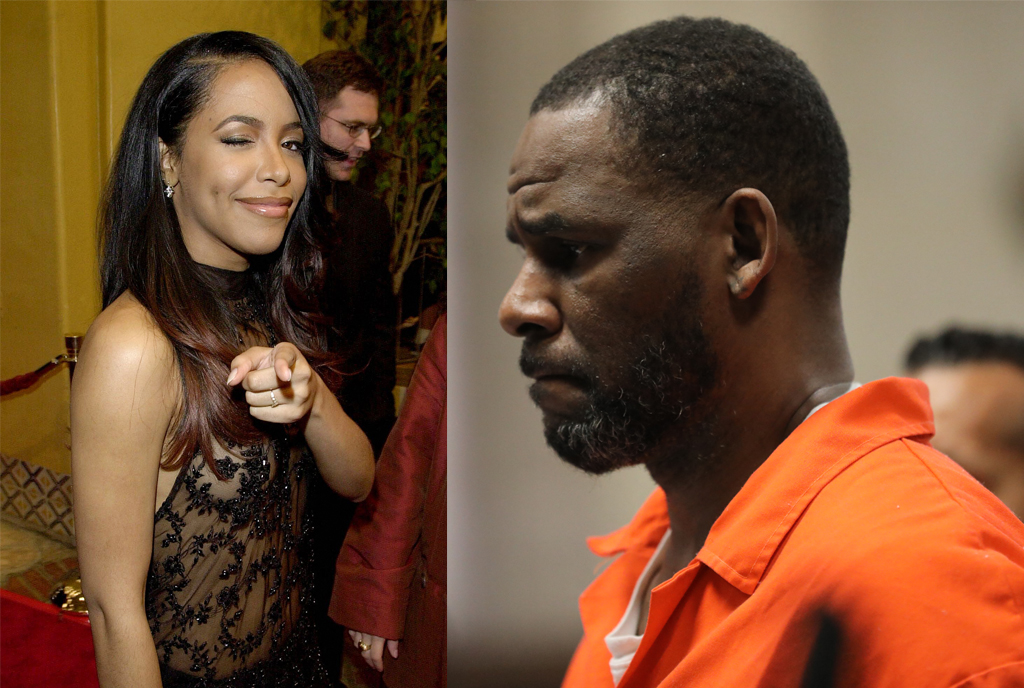 This month marks 20 years since the death of Aaliyah, who at age 22 was killed in a plane crash that sent international shockwaves as contemporary R&B lost one of its burgeoning stars.

The grim milestone on August 25 will fall just a week after testimony in the trial of R. Kelly is due to begin, court proceedings that have evoked Aaliyah’s name over her relationship with her one-time mentor.

For more than a quarter-century Kelly, now 54, has faced lurid accusations including child pornography, sex with minors, operating a sex cult and sexual battery.

And most discussions of the singer’s alleged pattern of abuse begin with his eyebrow-raising partnership with the artist born Aaliyah Haughton, who was 15 when the 27-year-old Kelly produced her debut album “Age Ain’t Nothing But A Number.”

Mere months later, on August 31, 1994, the pair were married in a union later annulled — using an Illinois wedding certificate that said the young talent was 18.

A sweeping federal indictment in New York’s Eastern District now says Kelly paid off an Illinois government employee in 1994 to obtain a fake ID to marry an underage girl, identified in court documents as Jane Doe #1, who is widely understood to be Aaliyah.

According to prosecutors, Kelly wanted to wed Aaliyah because they had a sexual relationship and she was a minor, and he believed their marriage could stop her from testifying against him if criminal charges ever were filed.

The bribery count is likely to receive significant attention during the upcoming trial, the first of four separate prosecutions Kelly faces over sexual abuse charges.

But Aaliyah “is one of many examples,” said Kathy Iandoli, author of the forthcoming biography of the late singer “Baby Girl: Better Known as Aaliyah.”

“When the trial happens, we’re going to see how she wasn’t the exception, she was the rule,” Iandoli said, adding that as it happened, the relationship between Kelly and Aaliyah “was sanitized, and made to seem like some cutesy love story.”

“For the first time the marriage is being seen as exactly what it was: a piece of a very violent puzzle.”

Little about the identities of Kelly’s alleged victims is publicly known. In New York, all six are listed as Jane Does, and several were minors at the time of the crimes.

Lawyer Gloria Allred, who represents three of the alleged victims involved in the New York case, said her clients are willing to testify “to tell their truth… in the interest of justice.”

“It’s not going to be easy,” Allred told AFP. “But they’re very courageous.”

For many activists the reckoning for Kelly, a man long trailed by sex abuse accusations, is ages overdue.

Many attribute the impunity to his celebrity, and some others also cite the silencing of Black women whose accusations were dismissed.

“Activists, mostly Black women activists, have been calling for his accountability for decades,” Kenyette Barnes, who co-founded the #MuteRKelly movement, told AFP.

She said the campaign “made us revisit a conversation that many of us — just because of our apathy towards the sexual violence of Black girls — made a joke, or ignored.”

Women of color experience sexual assault at higher rates than white women, according to the US Centers for Disease Control and Prevention — and are statistically less likely to report abuse than white women out of fear or desire to protect their communities.

But Barnes pointed to a shift in that thinking, saying that racism against Black men does not negate issues of “toxic masculinity” within Black communities: “You can both be a victim of one form of oppression, and a perpetrator of another,” she said.

“Black womanists and feminists have stepped up and said enough is enough; we’re no longer going to protect the Black patriarchy at the expense of our gender violence.”

Lawyer Allred said the prosecution of Kelly “is a very significant warning for other celebrities, who may be thinking of or who have used their celebrity status… to commit crimes against either minors or adult women.”

“I do think that it is going to be a significant teaching moment,” she said.

For writer Iandoli, the timing of the trial with the 20th anniversary of Aaliyah’s passing “is actually kind of terrible” — as it further intertwines the R&B artist’s name with that of her alleged abuser.

And because she died in a plane crash, Aaliyah “was never given the title of survivor,” Iandoli said.

“I hope that after this whole legal situation finishes, that’s the title we give her.”

In this article:Aaliyah, Age Ain't Nothing But A Number, featured, Jane Doe, R. Kelly, R&B, trending