A ride of hope for needy 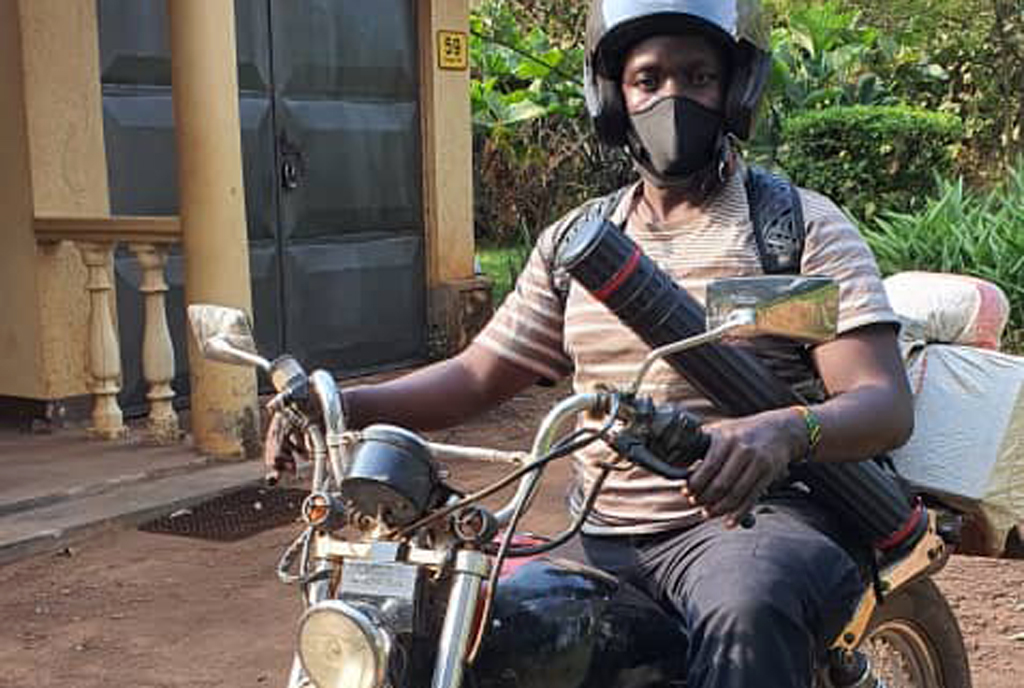 Close to the beginning of lockdown, Bright Ntakky Arinaitwe, felt sick. He didn’t know why, but it was so bad he couldn’t get out of the house.

“I didn’t have anyone to prepare a meal for me or give me a glass of water. Being that I stayed alone in the compound, I promised myself that when I got fine I would reach out to others who might be going through similar or worse,” he explains.

With his motor bike, Arinaitwe, a visual artist, had means. He read online how people were hurting, hungry, in pain and in need, so he sold some of his artworks and began reaching out to those who needed help.

“I have been writing and reciting poetry, which saw me perform before the President twice, author and published two books, and I won an award for HIT best artist of the year.”

The passionate poet, artist and writer lives in Sonde but has been riding up to Rubaga, Kansanga, Mulago, Kitukutwe, and other places to share with those in need.

One of the ways Arinaitwe chooses whom to reach out to is through recommendation. He asks friends to inform him when they see a family in need. He also moves within communities, asking quietly which families are in dire need.

“I also thought I would use the same opportunity to deliver drugs to people living with HIV,” he says.

When Covidex, a support treatment for Covid-19 was trending on social media, the artist decided to dub his cause ‘Lovidex’, which started as a one-man ride for love and hope but Arinaitwe sees it growing into a solution as he works with other partners.

“The lockdown will soon be over but the needy will never lack, as even the Bible says. So we shall keep reaching out. I would love to invite everyone aboard, to pray, to love, to care, to share; one bite, one coin, one cloth. Whatever you can, who knows what smile we may widen in these uncertain times,” he observes. 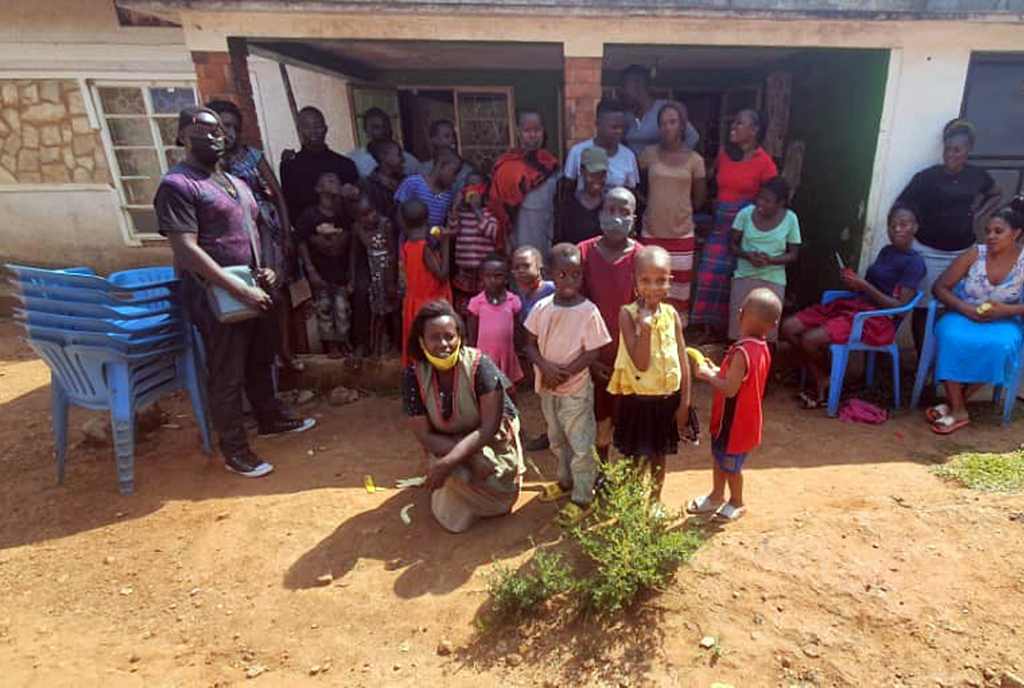 Arinaitwe (L) with one of the families he visited.

“I first used my money. I still do. When I posted one of the stories on Facebook, friends started reaching out. My mentor and friend, Jackie Asiimwe-Mwesige of CivSource Africa, was the first to send me some money.”

“Then a close friend, Charity Kansiime came through, my Pastor William Kanyike from USA sent some dollars, another friend Emma Busingye from Kigali sent some bitcoin, and a few other friends from here Uganda.”

Arinaitwe’s background partly explains he is drawn to those in need. He grew up as an orphan, staying in other people’s homes, helped by friends.

That influenced his outlook on life. “I don’t ever want to see my neighbour suffering. I can do anything to help. Anything. To the extent that I would give up my pen in an exam for another whose pen ran out of ink. I even had to give up my Law degree scholarship at Honours College Uganda Christian University for a friend who didn’t have a chance.

Born and bred in Kabale, western Uganda, Arinaitwe has a Bachelor’s degree in Art and Design from Kyambogo University. After university, he volunteered as a patron with FoodStep, a programme taking children off the streets for rehabilitation.

“We would also often go to Kampiringisa to speak to young people. By the time I left the Kawuku based NGO, most of the children had signed life commitment cards to live a positive life. I still hear from some of them after more than 10 years..”

Arinaitwe is the director of Beta Inspirations, which deals in printing, branding and interior design. During the first lockdown when artistes were struggling, he got a deal with USAID to do branding across 14 districts.

His life changed, financially. He is putting up an art centre where he hopes to be teach community art and art for therapy.