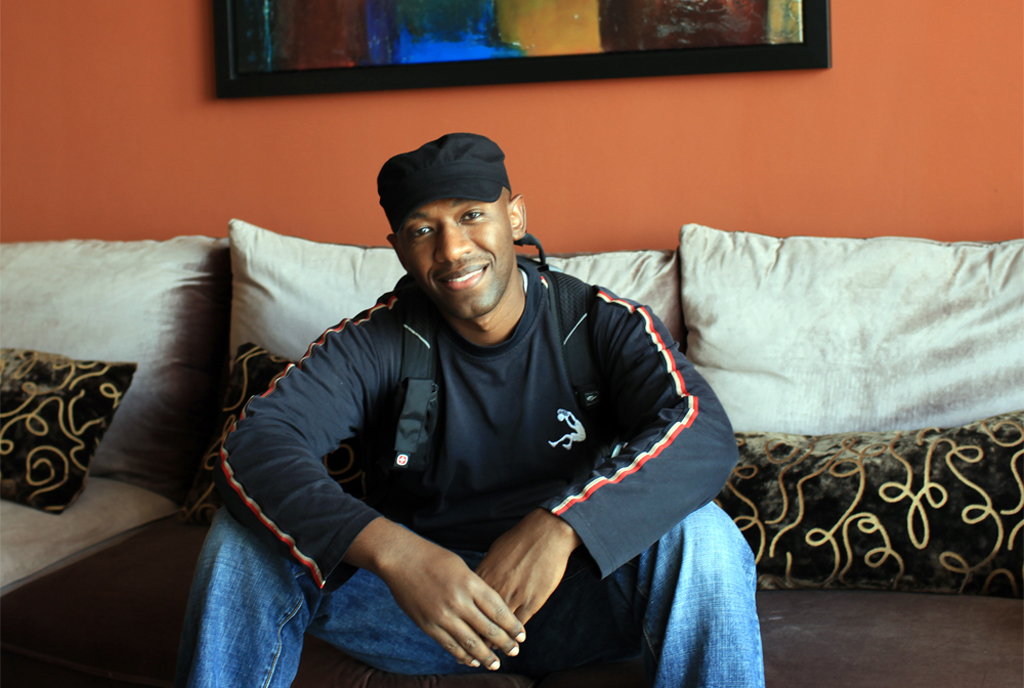 Creating. Solomon Jagwe’s interest in animation was inspired by his grandmother’s storytelling technique.

Ugandan freelance 3D and visual effects artist, animator, and comic book creator Solomon W. Jagwe says the high cost of producing animation, and lack of the necessary skills are the main challenges hindering the growth of the animation industry in Africa.

“Animation by nature is a very expensive and time-consuming industry. One needs access to software, hardware, internet, and education opportunities. All those are currently still limited to those with funds to invest in the hardware and the knowhow. You need a fairly powerful computer to run the 3D and 2D software required to create a substantial animated film,” Jagwe observes.
“There are plenty of free tutorials on YouTube, showing how to start an animation career, but if an aspiring young African animator wants to access them, if they have limited to no internet access, they are unable to take advantage of those skill-building resources,” he adds.
Jagwe, who lives in America with his family, works as a consultant and freelance. He says his stay in America has enabled him shape and improve his career in animation and comics:

“I have been blessed to work for a number of gaming and animation studios. I worked in the US Defence gaming industry for more than 14 years. In those years I encountered so many people who share a background of having fought and sacrificed to make sure America remained a democratic country,” he says.

Jagwe, who is also a painter, modeler, and independent film director says the animation industry in Africa is like a fledgling eagle learning to flap its wings. We have so much potential and talent, but the support and exposure is still limited to places such as South Africa.
“The comic book industry is still young, but growing stronger as more aspiring African comic book creators and storytellers join the industry and are inspired by watching movies such as Black Panther,” he adds.

Jagwe and his wife purposed to raise their children with the knowledge of their African roots, through storytelling, hence the creation of a children’s app. The Nkoza and Nankya app was officially launched in the US in May 2017. Upon the success of the app, Jagwe quit his job in 2018 as an art director to focus on his app, which features Luganda lessons, games, songs, children’s rhymes and traditional Luganda fables, stories and videos.
Jagwe is also the creator and director of the Adventures of Nkoza and Nankya. His 3D animated film, Enjovu, The Elephant Tail, won the Best Animation Award at the 2020 Revolution Me Film Festival in New York. 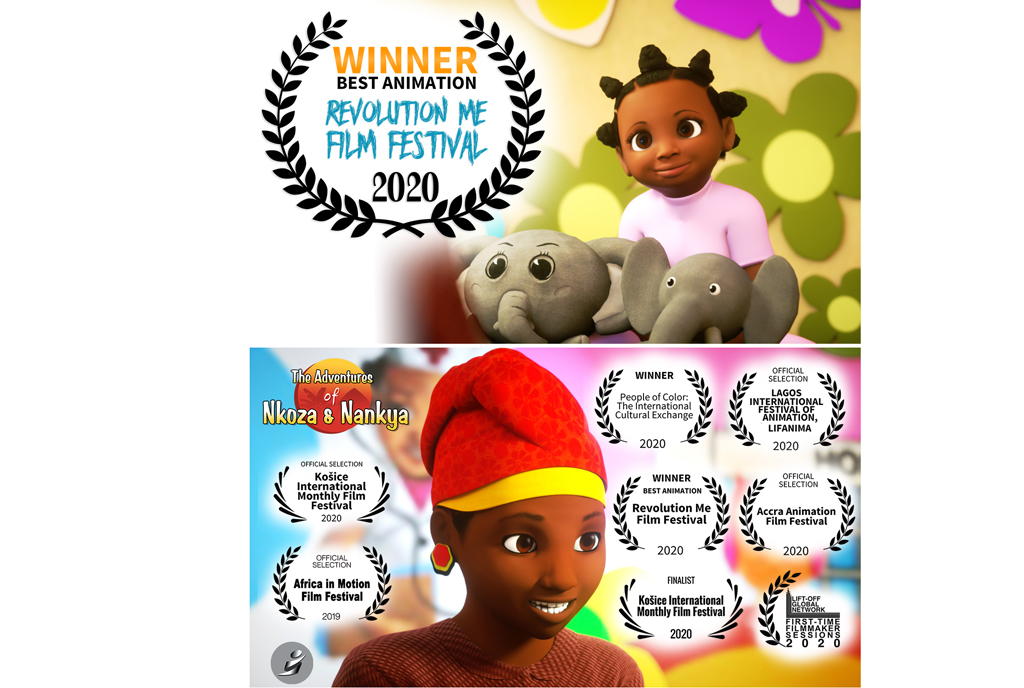 Preserving culture
Enjovu, The Elephant Tail, is based on an old folk tale and Luganda nursery rhyme sang by kids growing up in Uganda. It is about a baby elephant – a big and beautiful animal that is shamed for its small tail.
“The team and I put in a lot of work to complete the book. I am very proud of the voice actor, Diana Lwanga, who played Maama Nankya, and my children, Solomon Jr and Jasmyn, who voiced the kid characters. My teammates Bruno Sekandi Louis, Nateon Ajelo, and Sentongo Charles laboured in the trenches with me.”

Enjovu, The Elephant Tail was also selected for the 2019 Africa in Motion Film Festival in Edinburgh, Scotland.
The Adventures of Nkoza and Nankya also won Jagwe the 2019 Ugandan Diaspora Animator Award.
His first 3D animated short film titled Galiwango: Obulamu Bwe’Kisodde (The Life of a Gorilla) is about a mountain gorilla named Galiwango. In the 2010 five-minute film, Jagwe traces Galiwango’s journey as a captured baby gorilla and how the ape gets freed from poachers.

As to how he is spending his precious time during the Covid-19 lockdown, Jagwe, said, “I am purposing to actively spend time with my kids, listening to them, playing with them, and teaching them about my Ugandan/African cultural heritage. I see the lockdown as a blessing in disguise because we now have an amazing opportunity to spend more time with our families.”
Jagwe says he picked interest in art and animation from his grandmother’s storytelling technique and his own creativity.

“My grandmother sparked the love for storytelling in me through the Ugandan folktales she used to share with us when I was growing up in Uganda. From a very young age, I used to create vehicles and characters made from wires I picked up from trash heaps and construction sites in the outskirts of Kampala. I was never satisfied with creating art pieces that were stationary. I always strived to add dynamic poses and used them to tell stories to my younger siblings.”

He says his works carry the message of inspiration. “My art is greatly inspired by observing nature and the world around me. I tryi to convey the message that inspiration is all around us and that we, as humans, can make a difference in protecting our planet, if we work together.”
About what keeps him going, Jagwe says he wants to use his art to make a difference in this world.
“I also want to inspire my fellow African artists to pursue their art and film making dreams, and tell their own stories.”